Accessibility links
GOP Sen. Susan Collins Says She Can't Support Donald Trump "Donald Trump does not reflect historical Republican values nor the inclusive approach to governing that is critical to healing the divisions in our country," the Maine centrist writes in an op-ed. 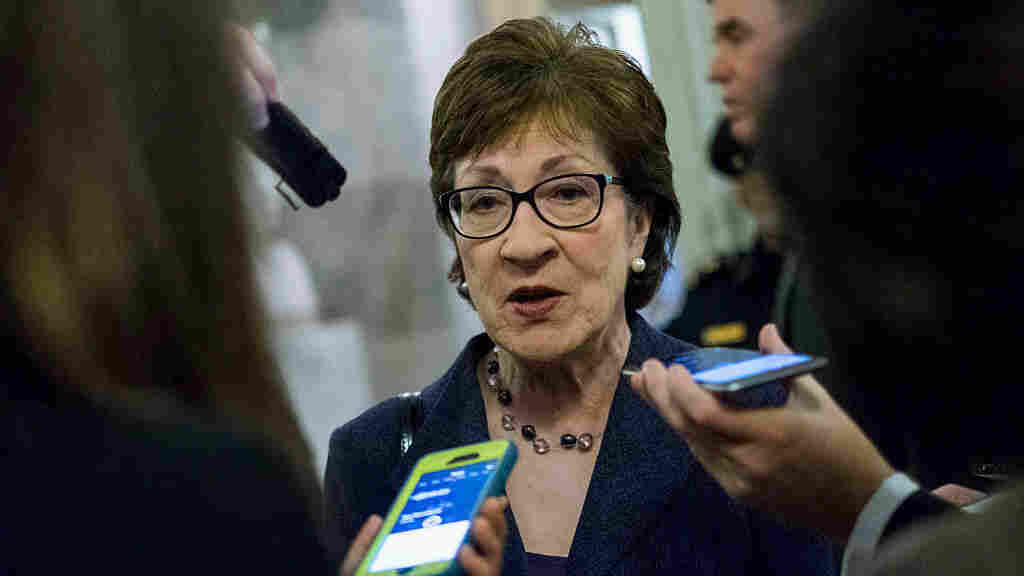 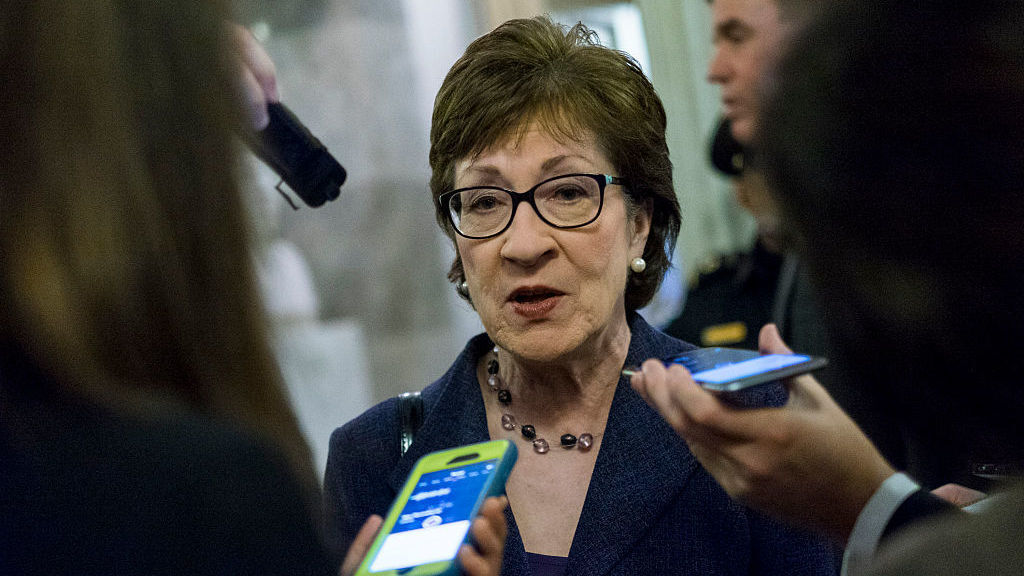 Maine Sen. Susan Collins is the latest high-profile Republican to announce she cannot support her party's presidential nominee this fall.

"I will not be voting for Donald Trump for president," the centrist GOP lawmaker wrote in a Washington Post op-ed. "This is not a decision I make lightly, for I am a lifelong Republican. But Donald Trump does not reflect historical Republican values nor the inclusive approach to governing that is critical to healing the divisions in our country."

The four-term senator has long been critical of Trump, saying after his attack on a federal judge of Mexican heritage that comments like those made it "very difficult" for her to support the Republican nominee.

In the Post, she writes that she had hoped Trump would temper his language and instead focus his fire on Democratic nominee Hillary Clinton. Instead, Collins argues, he's only gotten worse, pointing to his most recent offense of attacking the Gold Star parents of the late Army Capt. Humayun Khan after they spoke out against him at the Democratic National Convention over his proposals to ban some Muslims from entering the U.S.

Collins said the attacks against Judge Gonzalo Curiel and the Kahn family, and Trump's earlier mocking of a disabled New York Times reporter, led her "to the inescapable conclusion that Mr. Trump lacks the temperament, self-discipline and judgment required to be president."

Donald Trump Might Be In Real Trouble This Time

Recent polls show Trump squandered any bump he got from his own convention in Cleveland with many missteps last week, including his refusal to back away from criticizing the grieving Khan family. Now, Clinton has opened up a lead in the high single digits in most surveys. A Washington Post-ABC News poll over the weekend found that 73 percent of Americans disapproved of how Trump treated Khizr and Ghazala Khan, along with 56 percent who "strongly disapproved."

The Maine senator wrote in the Post that she wouldn't support either major party nominee. In an interview with the New Yorker in June she said it was unlikely she would vote for Clinton, but she did note, "I worked very well with Hillary when she was my colleague in the Senate and when she was Secretary of State."

Collins isn't the first Republican lawmaker to say they can't support Trump. Illinois Sen. Mark Kirk, the most vulnerable GOP senator up for re-election in November, withdrew his endorsement in the wake of Trump's Curiel comments and is even running an ad about how he "bucked his party."

Nebraska Sen. Ben Sasse and South Carolina Sen. Lindsey Graham, who ran against Trump for president, have already said they won't vote for Trump. Arizona Sen. Jeff Flake has harshly criticized Trump's divisive rhetoric on minorities but hasn't said definitively yet that he won't back him.

See Who's Defecting From Their Party This Election

Fifty former national security advisers who served in Republican administrations signed a letter on Monday, warning that Trump "would be the most reckless President in American history."