Accessibility links
Margo Price, Live In Concert: Newport Folk 2016 The country singer, who's been compared to Dolly Parton and Tammy Wynette, blazed through a set that demonstrated she's forging her own path. Hear the full concert. 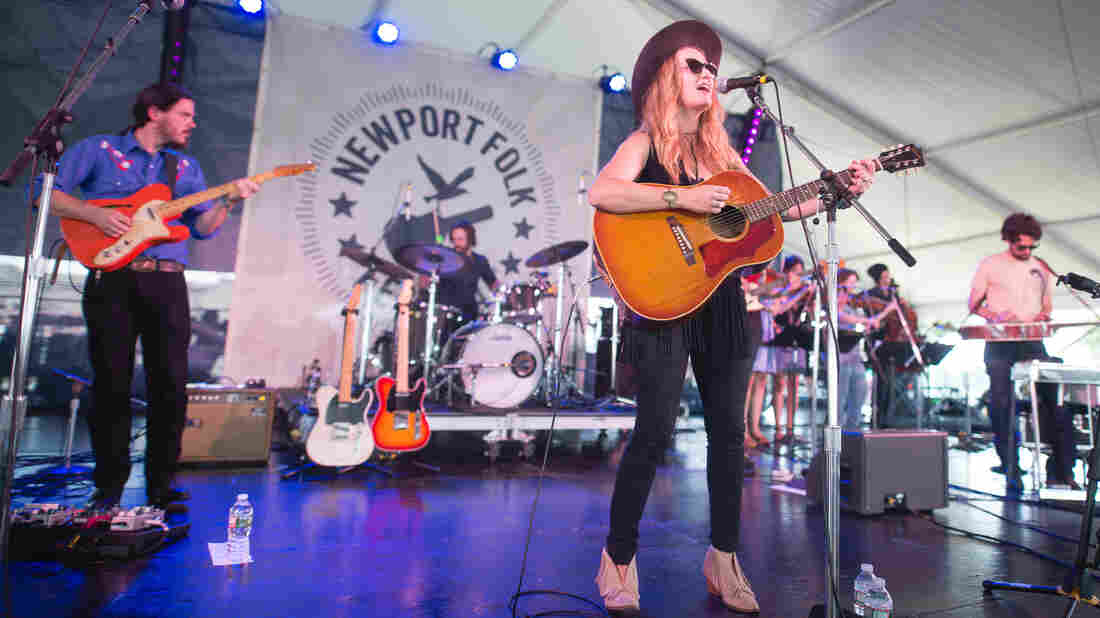 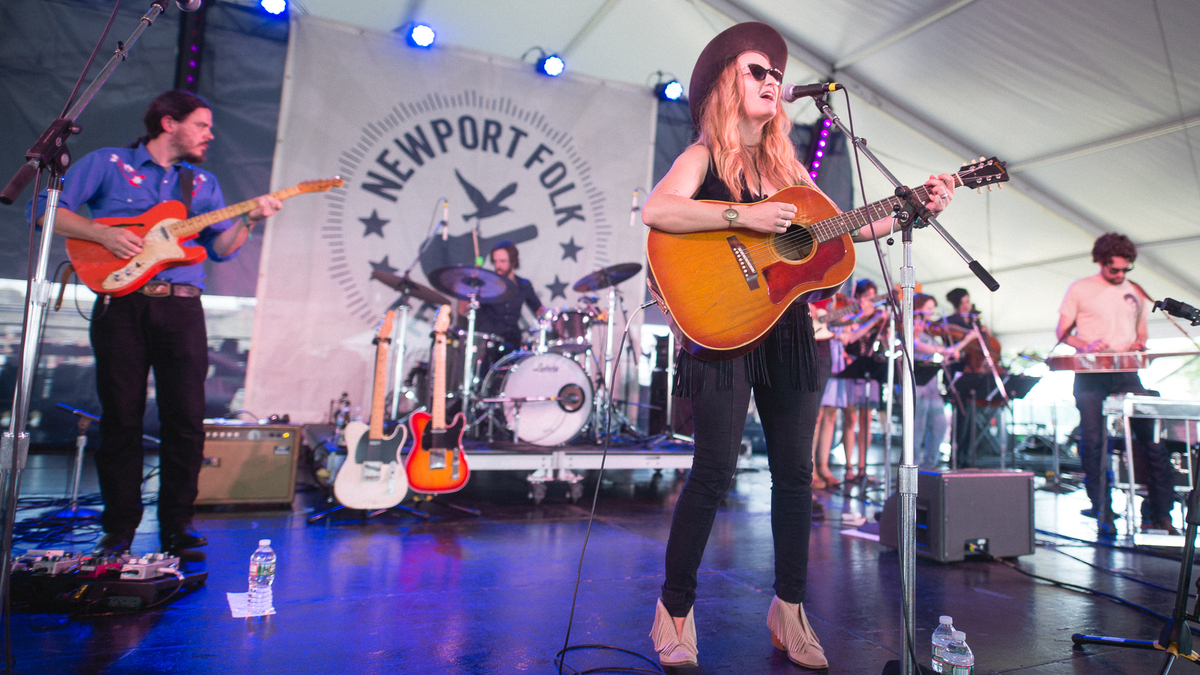 She'd made a brief but memorable cameo in Kris Kristofferson's surprise set earlier in the afternoon, joining the veteran songwriter to perform "Me And Bobby McGee" in one of the Newport Folk Festival's many moments of serendipity. But now, it was Margo Price's turn in the spotlight. Joined by her band, The Price Tags, the country singer and songwriter — who's been compared to Dolly Parton and Tammy Wynette — blazed through a set that demonstrated she's forging her own path.

Price stuck mostly to songs that appear on her excellent debut album, Midwest Farmer's Daughter, which came out earlier in 2016. In defiant honky-tonk numbers like "About To Find Out" and "Four Years Of Chances," her hard-edged twang matched incisive lyrics that wink sweetly even as they twist the proverbial knife. About halfway through her set, Price brought out a string section from the Berklee College of Music in nearby Boston to perform "Hands Of Time," a countrypolitan autobiography which, she noted, she doesn't normally play for the "drunks in the honky-tonk." ("But I like them, too," she hastened to add.)