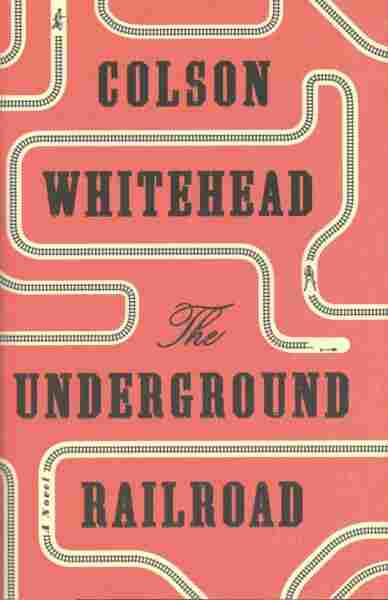 Editor's note: This review contains language some may find offensive

Cora is 16, maybe 17; she's not quite sure. The protagonist of Colson Whitehead's The Underground Railroad is a slave on the plantation where her grandmother, Ajarry, died while picking cotton, and her mother, Mabel, escaped from years ago. In her time on the Randall farm in Georgia, she's been worked to the point of sickness, beaten, raped, forced to watch her fellow slaves tortured to death. She remembers every horrible incident, even — especially — the ones she'd rather forget: "There was an order of misery, misery tucked inside miseries, and you were meant to keep track."

When Cora is approached by another slave, Caesar, about escaping from the plantation, she initially demurs: "White man trying to kill you slow every day, and sometimes trying to kill you fast. Why make it easy for him? That was one kind of work you could say no to." But after being viciously attacked by a sadistic farmer, she agrees to light out with Caesar under the cover of darkness, destined for a station on the Underground Railroad.

When Cora and Caesar first see the railroad, they're stunned. It's an actual tunnel, stretching miles in either direction to God knows where. They board the train not knowing where they're going, ending up in South Carolina, a state that prides itself on a relatively more enlightened attitude toward race than its neighbors. There they meet other former slaves, each haunted by their past: "It lived in them. It still lived in all of them, waiting to abuse and taunt when chance presented itself."

With this novel, Colson Whitehead proves that he belongs on any short list of America's greatest authors — his talent and range are beyond impressive and impossible to ignore.

By the time The Underground Railroad ends, Cora has traveled through multiple states, sometimes on her own, sometimes not. She witnesses kind souls persecuted for their tolerance, and vile monsters rewarded for their barbarity. She does not lose faith, because it's unclear if she ever had faith to begin with.

Whitehead intersperses the chapters following Cora's journey with short sections focused on the people she encounters: a grave-robbing doctor, an abolitionist's wife, and Caesar, her partner in escape. Most chillingly, there's Ridgeway, a ruthless slave hunter with an attitude common to many white people at the time: "If niggers were supposed to have their freedom, they wouldn't be in chains. If the red man was supposed to keep hold of his land, it'd still be his. If the white man wasn't destined to take this new world, he wouldn't own it now."

The Underground Railroad is a novel against forgetting, and it arrives at a moment when the country's collective memory about slavery and race hatred seems to be fading. When Michelle Obama told the audience at this year's Democratic National Convention that "today I wake up every morning in a house that was built by slaves," many reacted with surprise, having forgotten the history of the nation's most famous residence.

Others, like talk show host Bill O'Reilly, chose a bizarre kind of denialism, claiming that the slaves in D.C. "were well-fed and had decent lodgings provided by the government." In a country that chooses to forget that slavery was an evil that cannot be mitigated, it's sadly predictable that every day it forgets that black lives matter.

In The Underground Railroad, Whitehead has created a portrayal of pre-Civil War America that doesn't shy away from the inhumanity that wounded this country, nearly mortally, wounds that still haven't healed. Whitehead proves once again that he's a master of language — there are no wasted words in the book, and it's apparent that each sentence was crafted with exacting care.

In Cora, he has also created a character that will likely be remembered for generations to come. She withstands uninhabitable pain, and reacts to each injury in different ways: tears, humor, numbness, anger, fear. She is fully unique, defiantly human in a country determined to rob her of her personhood.

With this novel, Colson Whitehead proves that he belongs on any short list of America's greatest authors — his talent and range are beyond impressive and impossible to ignore. The Underground Railroad is an American masterpiece, as much a searing document of a cruel history as a uniquely brilliant work of fiction. And it is, finally, an impassioned cry for the soul of a country that still struggles to embrace the promise of its humanity: "The only way to know how long you are lost in the darkness is to be saved from it."