Accessibility links
Child Care Plan Is A Change In Rhetoric For Donald Trump Last year, the candidate was dismissive of child care questions. But his daughter Ivanka has pressed for the issues and had a major role in his new proposals. 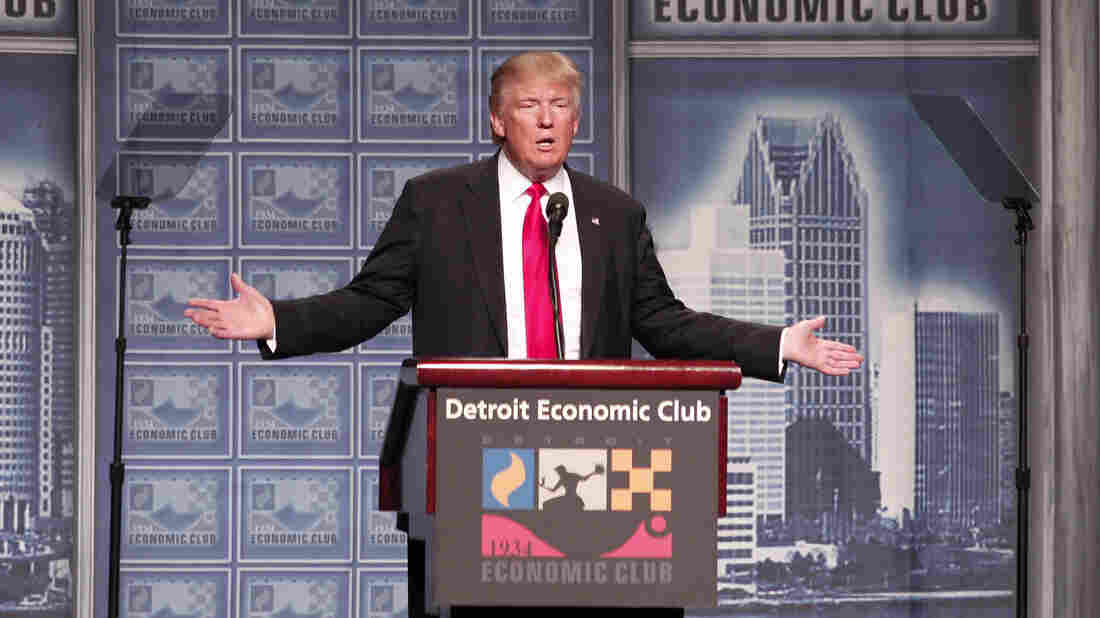 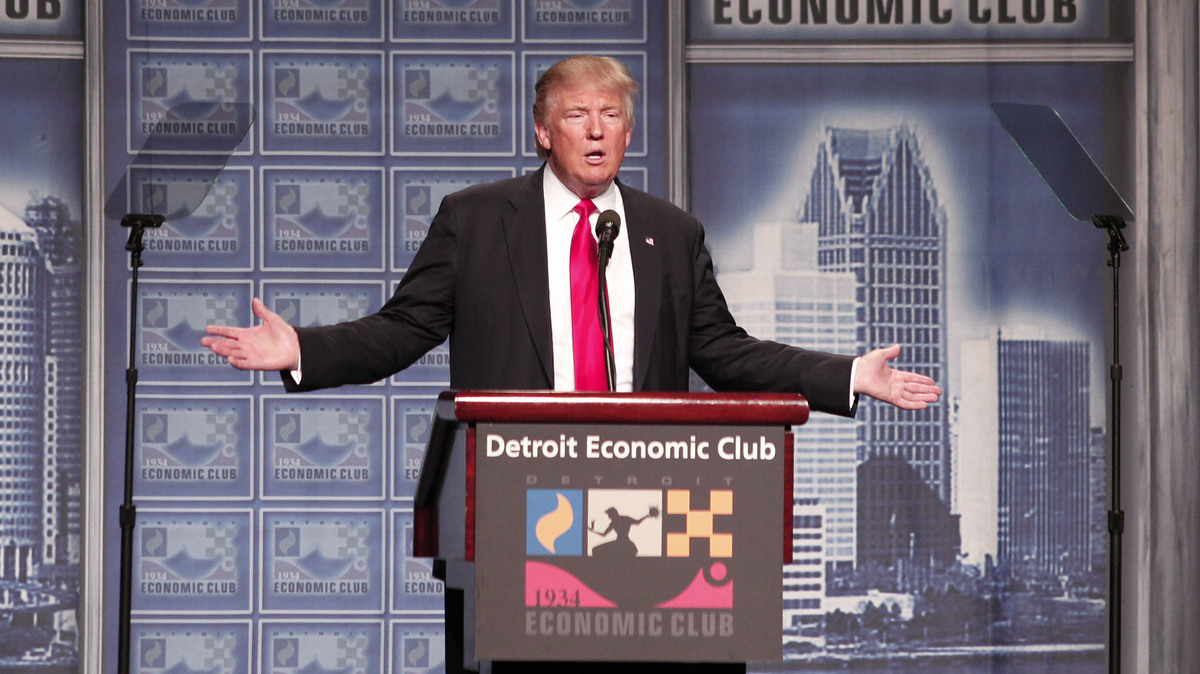 That came as a surprise to some; those points made her speech sound more Democratic than Republican, as NPR's Asma Khalid noted.

But now, the GOP presidential nominee is following through, offering the bare bones of a plan to help families afford child care. (And, as Trump told Fox & Friends on Tuesday, Ivanka was indeed a big part of the plan.)

His proposal has some weaknesses — the deduction at its heart would mostly benefit middle- to upper-class families — but it also represents an evolution from the late-2015 Trump, who was at times dismissive of child care questions.

Trump announced on Monday that his plan was going to allow families to "fully deduct" the "average" cost of child care.

That would only benefit middle- to upper-class households, as economist Justin Wolfers pointed out on Twitter:

By implementing his proposed childcare subsidy as a tax deduction rather than a tax credit, Trump effectively excludes all poor families.

The difference is that a credit subtracts money from your tax bill, whereas a deduction reduces the income that you pay taxes on.

Lots of Americans already pay no federal income tax — 45 percent of households, according to a recent estimate — so what would help them more would be a refundable tax credit. The Earned Income Tax Credit is one example of a refundable credit, meaning if it makes a person's tax bill fall below zero, that person gets a refund.

Among those people whom Trump's deduction would help, it would benefit richer people more than the poorer ones, because higher earners have higher taxes, as Michael Linden, an economics expert who formerly worked at the left-leaning Center for American Progress, pointed out Monday.

However, after the speech, as many criticized the deduction, the Trump campaign described (albeit vaguely) a plan to help lower-income families. In a statement, the campaign said their proposal would benefit those families who don't pay federal income taxes by allowing those parents "to exclude childcare expenses from half of their payroll taxes — increasing their paycheck income each week." They also said there would be a "credit to stay-at-home caregivers."

Trump said the next day that he'll provide more details on his plans soon.

"The exact details, and we have pretty good details, but the exact details we're gonna be announcing probably over the next two weeks," Trump told Fox and Friends on Tuesday.

One big-picture reason this matters: childcare expenses may be helping to drive the growing number of stay-at-home moms, as the Pew Research Center reported in 2014. They noted that around 2000, 23 percent of moms weren't working outside the home, a figure that climbed to 29 percent by 2012.

That means more affordable childcare could grow the labor force (the size of which Trump fretted about in his Monday speech).

How does it compare to Clinton's?

Trump's plan, as outlined thus far, has far fewer moving parts than Clinton's multi-pronged plan. Clinton has said she wants to limit a family's childcare expenses at 10 percent of its household income — for example, in some states, infant care can climb higher than 15 percent of the median income (and for single parents, the costs can be staggering — infant care is 88.5 percent of a single parent's median income in the District of Columbia, for example). Clinton would also aim to boost childcare workers' pay and boost spending on early Head Start.

While Democrats have recently dominated the discussion on child care affordability, Trump could also draw from other ideas floated from the right wing. Aparna Mathur, a resident scholar at the right-leaning American Enterprise Institute, has proposed making the existing child and dependent care credit refundable, as well as "allowing advance payments on the EITC, the child tax credit, and the dependent care credit."

The Republican nominee's new proposal signals that he is trying to change his image and message surrounding family issues. In 2005, Trump notably told a radio host about his hands-off parenting style, saying that he expected his wife, Melania, to handle the child care, as Buzzfeed reported: "I mean, I won't do anything to take care of them. I'll supply funds and she'll take care of the kids."

He also has been dismissive of child care questions on the campaign trail. At a November town hall in Newton, Iowa, Trump said child care would be easy and inexpensive for businesses to provide, as the Washington Post reported:

"It's not expensive for a company to do it," Trump said during a town hall at a community college in this small town on Thursday afternoon. "You need one person or two people, and you need some blocks and you need some swings and some toys. You know, surely, it's not expensive. It's not an expensive thing. I do it all over, and I get great people because of it... It's something that can be done, I think, very easily by a company."

Of course, in his home state of New York, "one person or two people" wouldn't cut it — for a child care center with very young infants, there must be one caretaker for every three children, for example. Nor would "some blocks and some swings" — New York requires 35 square feet of play area per child (among many other requirements).

Then in December, he brushed off a woman asking him questions about child care, as ThinkProgress reported: "I love children," he responded, adding later, "It's a big subject, darling."

Donald Trump Might Be In Real Trouble This Time

But child care has moved from a fringe issue to a major one in this election, and Trump seems to be paying it more attention. The narrative started to shift at this year's RNC, with Ivanka's speech. As Trump's poll numbers have plummeted since the DNC due to many unforced errors, he may be hoping that a more family-friendly stance can reach the voters who have abandoned him.

UPDATE: This story was updated on August 9 to clarify that Trump was talking about the "average" cost of child care.