Accessibility links
2 Benghazi Victims' Parents Sue Hillary Clinton for Wrongful Death They allege the attack "was directly and proximately caused" by the then-secretary of state's mishandling of government secrets. Legal experts say the lawsuit would have to meet a high bar to proceed. 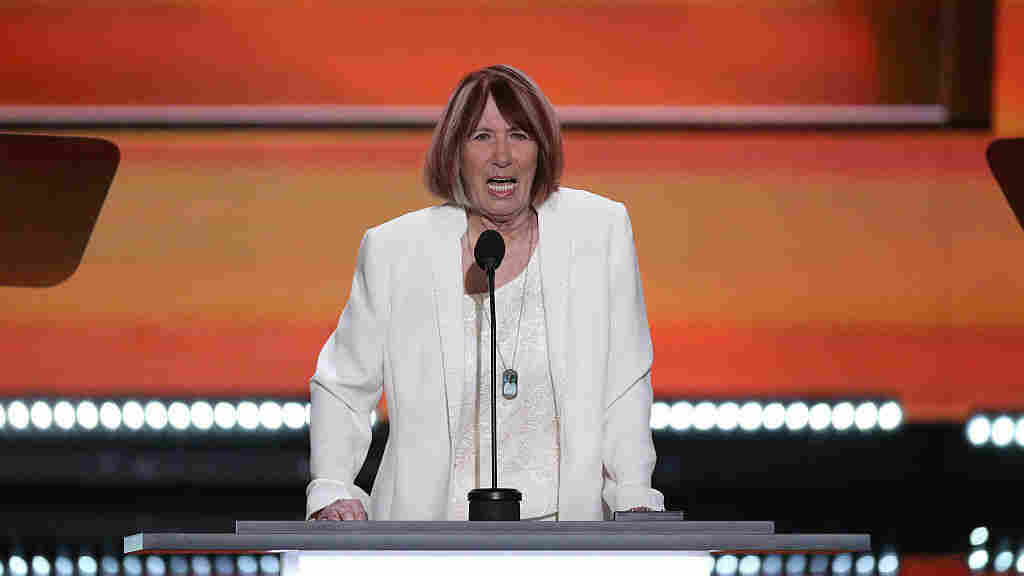 Pat Smith speaks during the Republican National Convention in Cleveland last month. Smith's son Sean was killed in an attack on the U.S. Consulate in Benghazi, Libya, in 2012. Bloomberg via Getty Images hide caption 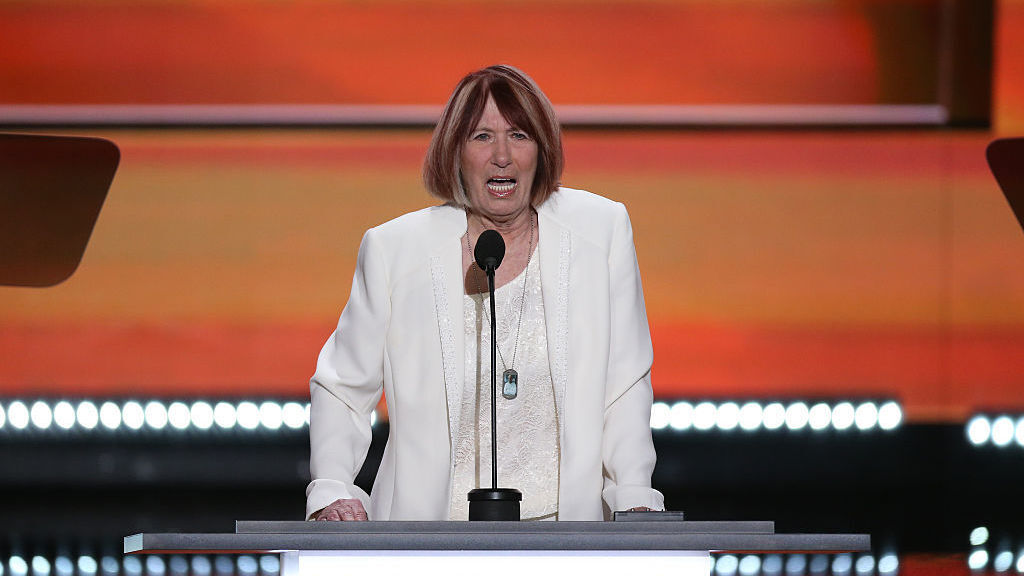 Pat Smith speaks during the Republican National Convention in Cleveland last month. Smith's son Sean was killed in an attack on the U.S. Consulate in Benghazi, Libya, in 2012.

The parents of two Americans killed in Benghazi, Libya, are suing Democratic presidential nominee Hillary Clinton for wrongful death, alleging the 2012 attack "was directly and proximately caused" by the then-secretary of state's mishandling of government secrets.

The lawsuit filed this week in federal court in Washington, D.C., argued that Islamic terrorists were able to track the movements of Ambassador Chris Stevens and plot the deadly siege because of Clinton's use of a personal email server to conduct government business.

The plaintiffs are Pat Smith, the mother of Sean Smith, a U.S. Foreign Service officer, and Charles Woods, the father of Tyrone Woods, a Navy SEAL. Beyond the wrongful death claim, they are also suing for negligence, infliction of emotional distress and defamation.

Pat Smith spoke at the Republican National Convention in Cleveland last month, telling the crowd that "I blame Hillary Clinton personally for the death of my son." Her lawyer, Larry Klayman, is a well-known member of the legal community who has pursued Hillary and Bill Clinton for years.

Clinton issued a statement through her presidential campaign pointing out the litany of executive branch and congressional probes into the Benghazi disaster. Most of the investigations concluded that decisions about security forces in Libya were handled by career State Department officials, not Clinton herself.

"While no one can imagine the pain of the families of the brave Americans we lost at Benghazi, there have been nine different investigations into this attack and none found any evidence whatsoever of any wrongdoing on the part of Hillary Clinton," spokesman Nick Merrill said.

Lawyers who closely track cases against current and former U.S. government officials said the Benghazi case may not meet the high bar to proceed in court. Robert Loeb, a partner in the Supreme Court and appellate practice at the Orrick law firm, told NPR that under a law known as the Westfall Act, the government can substitute itself as a defendant for the federal official being sued.

"The law on what's within the scope of employment is really, really broad," said Loeb, who used to handle such litigation at the Justice Department.

For instance, Loeb said that in 2011 a federal appeals court in Washington threw out mistreatment claims by detainees from Iraq and Afghanistan against former Defense Secretary Donald Rumsfeld. The men had argued that since Rumsfeld had approved brutal interrogation techniques, they should be allowed to pursue him individually in court.

In that case, a panel of the U.S. Court of Appeals for the D.C. Circuit held that even with allegations of "'seriously criminal' conduct, we explained that 'the allegations of serious criminality do not alter our conclusion that the defendants' conduct was incidental to authorized conduct.' Accordingly, the district court correctly held that the Westfall Act applied and correctly substituted the United States as the defendant."

More recently, a federal court judge in Arizona turned back wrongful death claims from the family of Brian Terry, a Border Patrol agent killed six years ago. A weapon found near his body was tied to the botched Fast and Furious operation by the Bureau of Alcohol, Tobacco, Firearms and Explosives.

The judge in that case reasoned that those damages were prohibited because of other federal laws on the books setting up a way for families of slain officers to secure death benefits.