Accessibility links
The Swing Voters Of The 2016 Presidential Election: Wal-Mart Moms? Focus groups with swing, female voters in Ohio and Arizona reveal that negative attitudes saturate a critical bloc of voters this year. 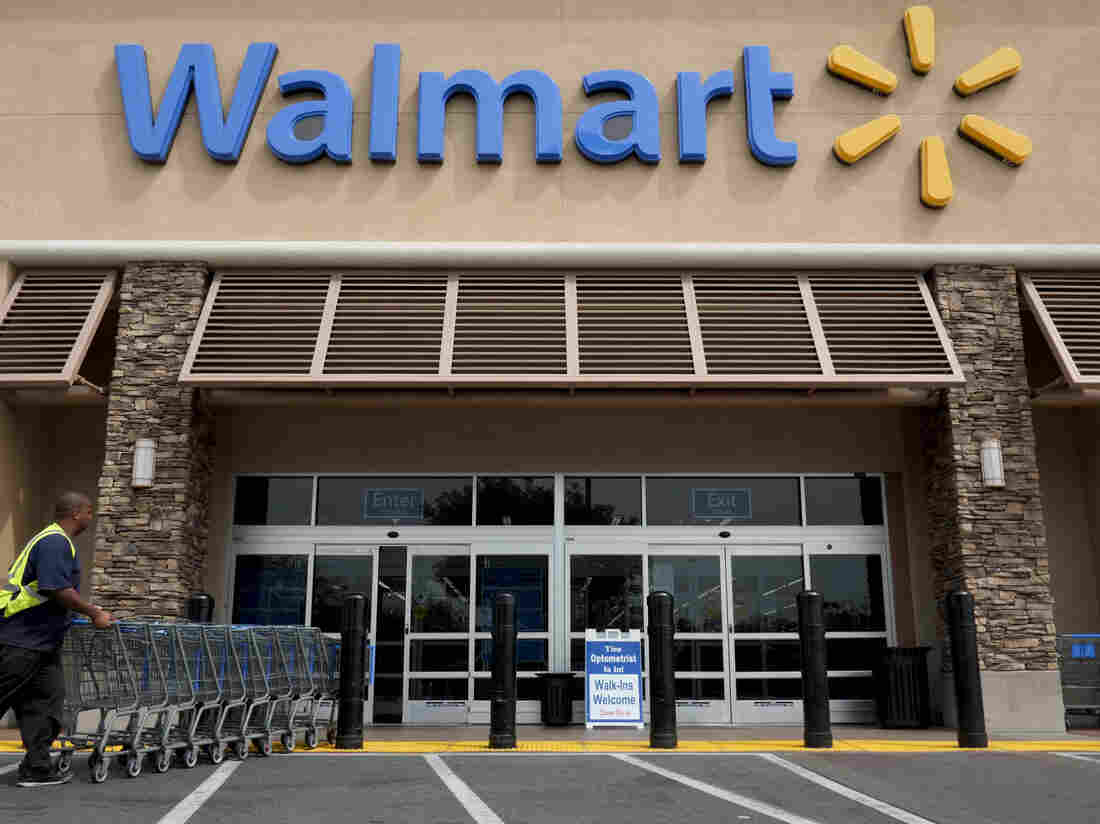 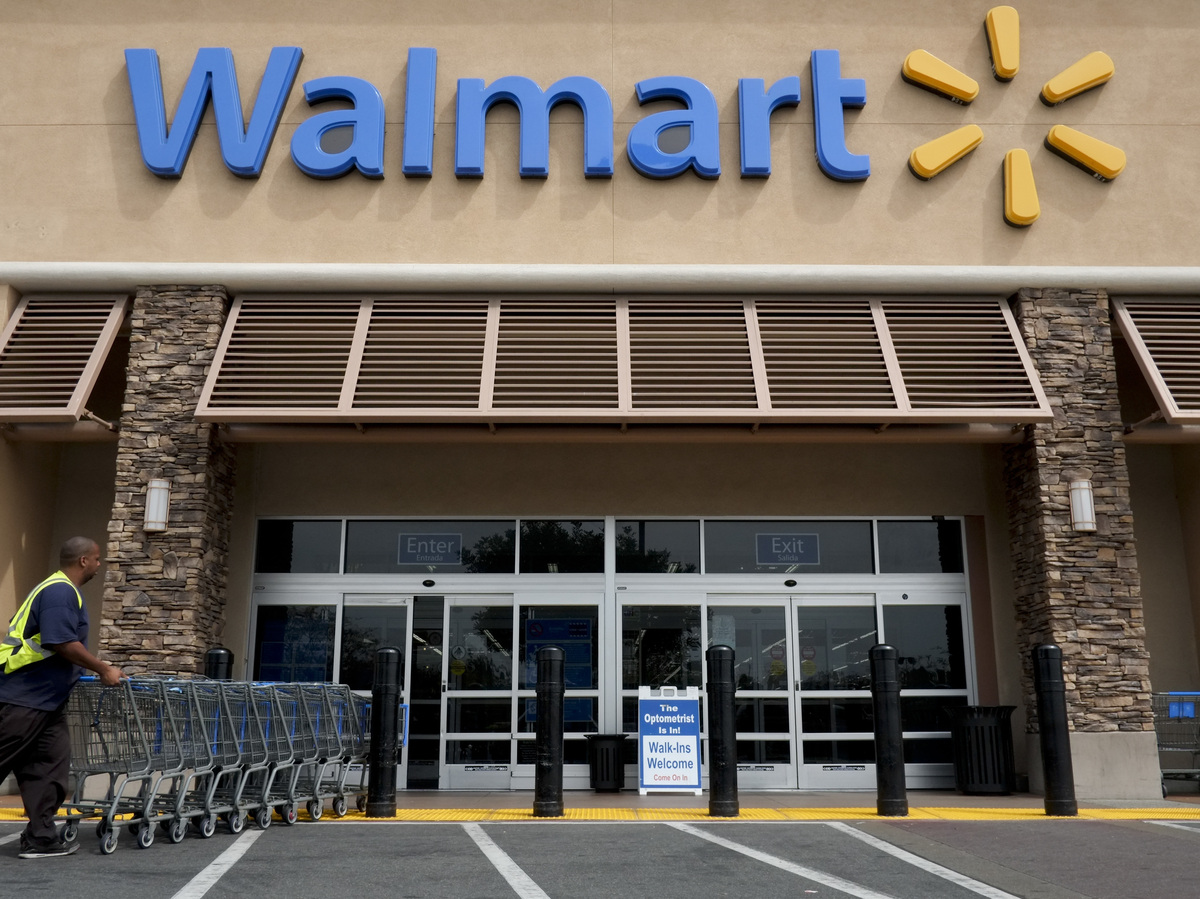 NPR was invited to observe two focus groups of swing voters from Ohio and Arizona on Tuesday in Washington, D.C. "Wal-Mart Moms" are identified by pollsters as women predominantly between the ages of 18 and 44, who have kids under 18 living at home and who shop at Wal-Mart stores at least once a month. In these groups, the women were identified only by their first names.

The research was funded by Wal-Mart Corp. (The Walton Family Foundation, which Wal-Mart's creators established, meanwhile, supports NPR's education coverage.) The sessions are anecdotal and unscientific. Here are some key takeaways:

1. Social media is a powerful — and divisive — force

Frustration and exhaustion from social media, particularly Facebook, was a common theme. Social media has given them a constant stream of information about the election, but almost everyone says their interactions online are negative and exhausting.

"I don't talk about [politics] as much as I have in the past because it's stressful," says Stephanie, a married mom of two kids from Phoenix. Stephanie quit Facebook for a week just to get a break from the news.

Amy, a married mom of two kids who is also from Phoenix, said her family is sharply divided on political lines. She and her husband are leaning Trump, and she admits sometimes they post stories supporting Trump online "just to get people riled up." 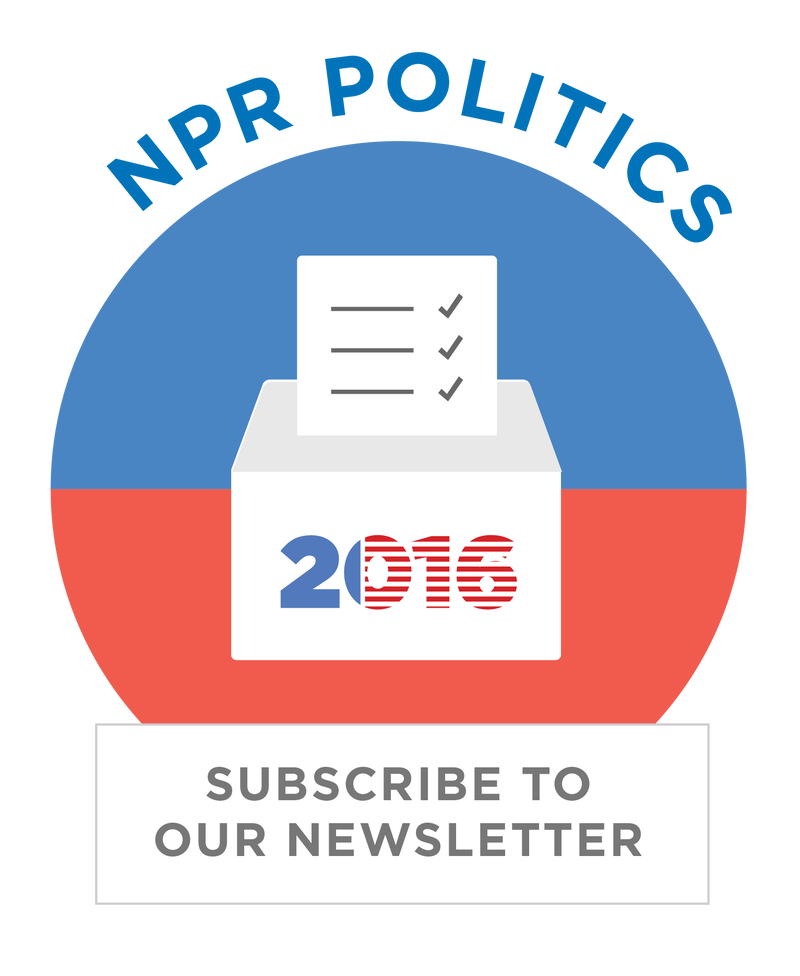 Nearly everyone said the election has strained ties with family and friends. In the Columbus group, Mary says she recently attended her 40th high school reunion and was dismayed by how much politics dominated the conversation. "That's not what I went there to do. I went there to have a good time," she says. That said, nearly all of the women identified Facebook and Twitter as a leading source of election information, even if it's a downer.

2. There's a lot of interest in "other" options on the ballot

"I need to know who the other parties are. I don't know who Gary Johnson is, but I'm willing to get to know who he is," said Dana, an African-American mother of two from Columbus.

3. The conventions didn't matter; the debates will

Very little information about either the Republican convention in Cleveland or the Democratic convention in Philadelphia broke through to the moms. Most said they watched some speeches and saw "snippets" on social media, but there were almost no lasting impressions voiced from either group. However, nearly all of the moms said the upcoming presidential debates will play a major role in helping them finalize their vote.

"She has more facts and experience and knowledge about the inner workings of government, and that is where it's going to show exactly how little he knows," said Julie, a white, married mother of two from Columbus. There was a consensus that Clinton will "win" the debates but that Trump "will be talked about the most."

Clinton made history this year to become the first woman nominated by a major party to run for president. But the moms overwhelmingly said that wouldn't affect how they vote. Nearly all agreed that the historic candidacy of Barack Obama, the first black man nominated, felt much bigger and more urgent.

"It was more exciting, it was more history-making. He had so much he envisioned. He had real issues he was fighting for," said Dana from Columbus.

Ivania, a Hispanic mother of two from Columbus, said she is disappointed voters don't seem to care much about Clinton's milestone. "It was almost kind of skipped over, and it was sad," she said.

5. Trump is not a Republican — and that's OK

Trump won the Republican primary "fair and square," in one mom's words, but that does not mean any of them view him as a Republican.

"The Republican Party is not behind him," said Amy from Phoenix, who is leaning Trump. "It doesn't matter to me," she adds. "I don't like the two-party system."

In fact, the Trump brand and the GOP brand are very distinct in their minds. "He's himself. He's just Donald Trump," says one. Maria, a Hispanic mother of two from Columbus, said she was more frustrated that the party wasn't doing more to support Trump. "I think they are trying to sabotage him. I wish there was more unity."

Trump's disassociation with the GOP brand could also be a benefit for down-ballot Republicans. Incumbent Sens. Rob Portman of Ohio and John McCain of Arizona both got higher marks than Trump, and many moms said they'd be willing to split their tickets to support them.

Without a doubt the biggest criticism of Clinton is that these women — even those inclined to support her — think she can't be trusted. It was a theme revisited over and over again throughout the evening.

"You don't know what's the truth and what's the lie," says Donna, a married mother of one child from Columbus. Asked what their biggest hesitation was about Clinton, "trustworthiness" came up repeatedly. "The whole email thing. I mean, c'mon," says Amy of Phoenix.

The women were all aware of Clinton's controversy over hosting her emails on a private server while she served as secretary of state. None of them believed she told the truth, or handled the fallout well.

7. That said, no one thinks Trump can win

Of the 20 women, five were leaning Trump, seven were leaning Clinton, and eight were undecided or leaning third party. But asked who they thought would win, regardless of their leaning, the answer was unanimous: Clinton. But none of the women were that excited about it. Most of them described it as a "lesser of two evils" vote or an "anti-Trump" vote more than a "pro-Hillary" vote.

Maybe the most depressing takeaway is how poorly the women view the country's ability to govern itself. Many believe it doesn't really matter who wins because the gridlock in Washington is unlikely to change.

There was almost a resignation to the fact that government just doesn't work well anymore, and that politicians are all deeply disconnected from the challenges of their everyday lives. The women largely rejected Trump's assertion that the system is "rigged," but they largely agreed that their interests were poorly represented in government.

"I think the system is corrupt. I wouldn't say rigged," says Stephanie of Phoenix. "I think it's broken," added Joanna, a young mother of four children from the Phoenix group. "I don't think the power is with the voters anymore."

GOP pollster Neil Newhouse and Democratic pollster Margie Omero sat in on the sessions with the 20 voters who took part in the panels via video conference from Phoenix and Columbus. They have been conducting research on Wal-Mart moms since 2008. They estimate these moms make up about 14 percent and 17 percent of the electorate, and they are fairly evenly split between Republican and Democratic affiliations.