Accessibility links
'It's A Playground': Meryl Streep On Acting With Abandon In her new film, Streep plays Florence Foster Jenkins, a socialite who didn't let her less-than-great voice stop her from becoming an opera singer. Streep says she can relate to that kind of passion. 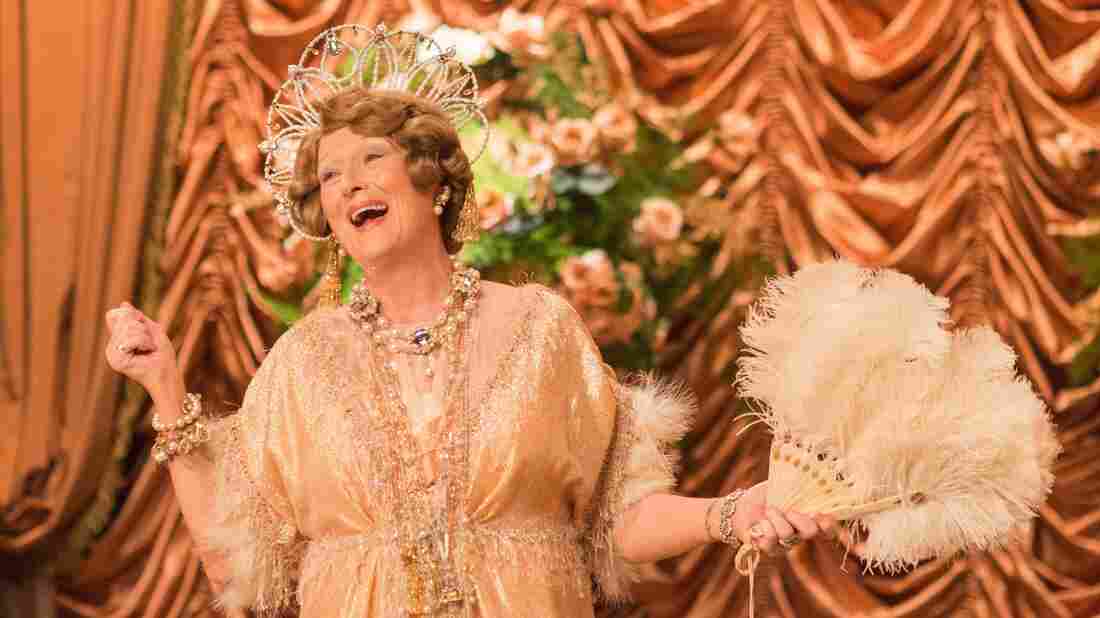 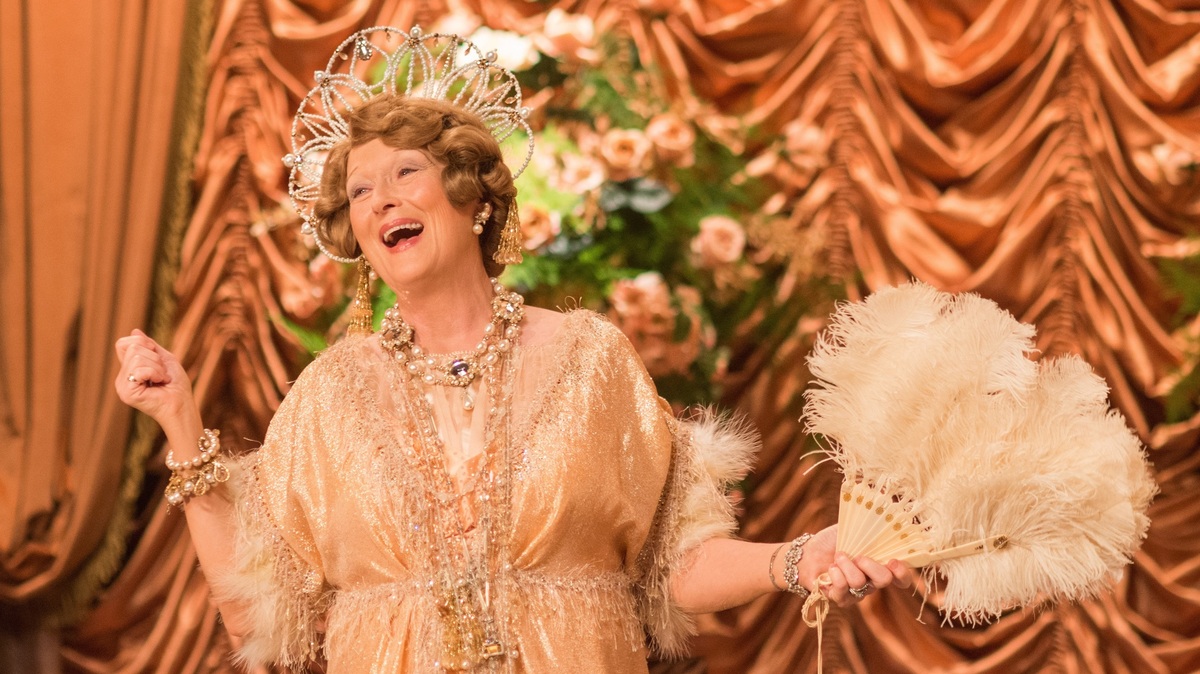 In her latest film, Streep plays Florence Foster Jenkins, an heiress and socialite who didn't let her less-than-great voice stop her from becoming an opera singer.

Meryl Streep works hard to sing badly in her new film, Florence Foster Jenkins. In it, she plays the title character, based on an actual heiress and socialite born in 1868, who devoted her life to music — despite the fact that she had a squeaky, screechy singing voice.

Streep tells Fresh Air's Terry Gross that she prepared for the role by listening to recordings of Jenkins. She found herself fascinated by the ways in which the heiress' performances almost worked. "She came so close in moments," Streep says. "I think that's sort of what held the audience in rapt attention is that she almost got there — until the moment where it went wildly off the rails."

Streep found herself drawn to the way that Jenkins attacked the arias she attempted. "She really had a big ambition," Streep says. "She tried the very most difficult pieces there are in the coloratura canon. ... There was something about the joy and the pure desire to give this thing that she so loved, this music, to people, and for them to receive it. That was something that drew people to her."

On Jenkins' believing that she was a good singer

I think we all think we sound really good in the shower, where there's that nice reverb and the water's drowning you out and there is some liberation in the freedom of being totally alone and really going for it.

I did hear a recording — I believe it was Irving Berlin — playing and singing along to his own music, and the piano playing was wonderful. The singing, however, was not. It was circling the notes that we knew presumably were in his head, but he wasn't hitting the pitches. It was sort of amazing. He meandered around the pitches — and I kept thinking: But he's such a genius, he must know what it should sound like.

So maybe this was part of Florence's inability to hear herself. Or [it] could be because she had physical challenges that involved tinnitus, this thing in your ear, because she was ill. Who knows? Who knows what she heard. I do know that we have delusions about ourselves and what we sound like.

I didn't really like opera. I liked cheerleading and boys and, later, smoking. So my opera career was cut short when I was 15.

On studying opera as a teenager

I didn't really like opera. I liked cheerleading and boys and, later, smoking. So my opera career was cut short when I was 15. My dad got sick and we couldn't afford the lessons, so I stopped and became a cheerleader and wrecked my voice. But I had it. I had the little shreds of it and have pulled it up in later years.

On using music to prepare for roles

Music has a pull. I use music ... to prepare even when I'm not in a musical at all. Almost every film I've done I've had a piece of music that I play obsessively, that usually has nothing to do with the thing I'm in, but it's a way of pulling emotion into the center of your being and also obliterating all the extraneous noise. ...

On singing in front of her family as a kid

One Christmas I remember, when I was 12 ... my mother decided to, in front of the whole family, the gathered family, including my formidable grandmother Mamie, she said, "Meryl sang 'O Holy Night' in French [in the Christmas concert], Meryl, sing it now!"

Acting is ... another kind of transport for me. It's a playground.

If I ever have to play a person who is overcome with fear and terror, I go back to that moment because I hadn't had any trouble singing in the Christmas concert, but standing in the living room in front of my whole family — all my annoying brothers and my cousins and everybody looking at me — I just went crazy. I was shaking ... and I thought, I don't like this feeling. And I don't like that feeling. I think I'm not a natural performer; I think I'm an actor.

On whether she still gets nervous performing

Sometimes it happens and sometimes it doesn't. Now I think it happens more when I have to be Meryl Streep and it just seems like too big of a thing for anybody to be. So I get nervous feeling like I have to fill out the parameters of this colossus, or something, in public appearances. ... In acting, acting is ... another kind of transport for me. It's a playground. I relate to Florence [Foster Jenkins], I think, in that way. There's a certain kind of abandon that I see in her that I chase as an actor. She seems to, without a self-editing muscle, she seems to really be enveloped in the joy of making music.

On working directly with Stephen Sondheim while filming Into the Woods

I walked into the recording studio and there he was sitting there with his little earphones going on, preparing to listen to me, and I had no idea he was even in the country.

I was overwhelmed. But he was so attentive to what I was trying to do with the song. He heard on each take the little tiniest nuances of meaning, which I was playing around with, and I was nervous to be doing that, because you don't improvise with Stephen Sondheim's music. ...

I don't know. Maybe he was just playing me, maybe he was just trying to make me feel better, probably that's what it was. But I felt so free. And I think he's our great composer for the musical theater, so it was like, "Come on! I could die now."

On a biography — Her Again: Becoming Meryl Streep — that she didn't want written

I haven't read it and I begged Michael [Schulman] — he's a perfectly nice man — not to write it, because I find it's hard enough to come fresh to an audience with each subsequent [role] — if I were retired or dead, he's welcome to excavate, but I was so afraid he'd talk about how the sausage is made or something, and it's so unhelpful to have people doing the exegesis of your work while you're still trying to do it!

I'm still trying to put one over on people and have them believe — believe — that I'm Florence Foster Jenkins. ... I don't think we have any control anymore about anything. I know what I do and what it means to me and where its sources lie, and that's mine. It still is mine.