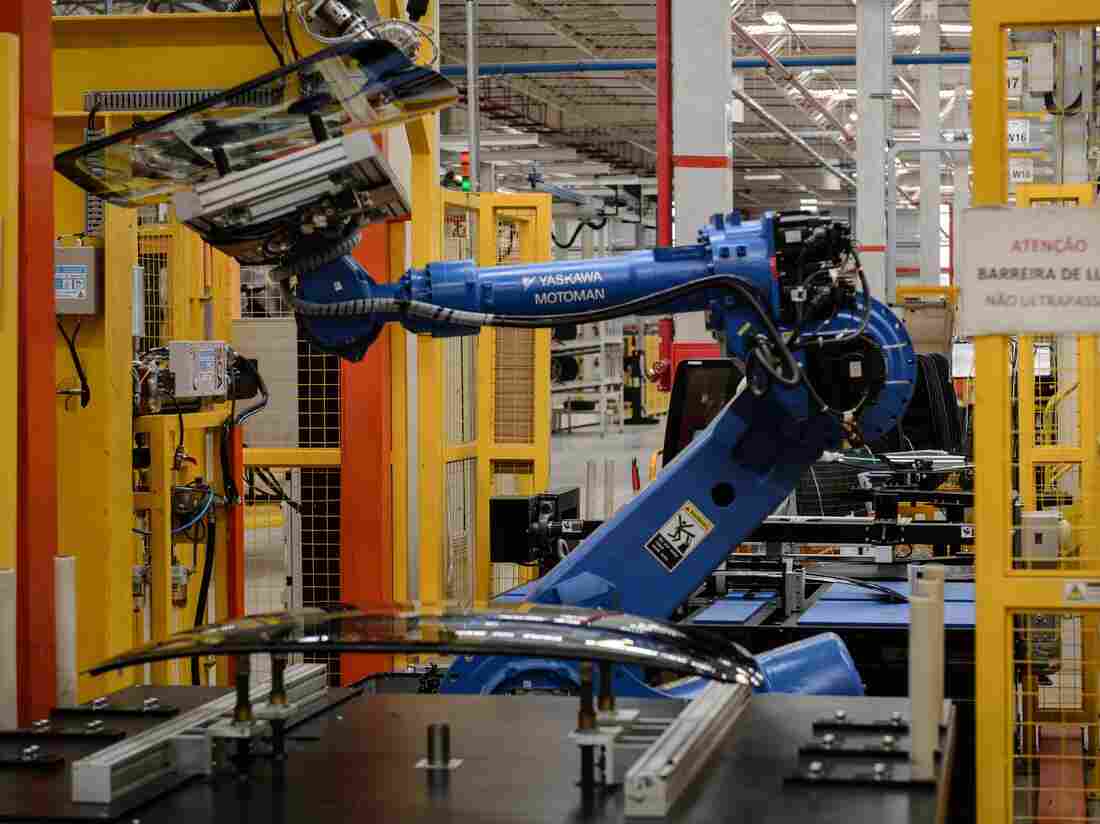 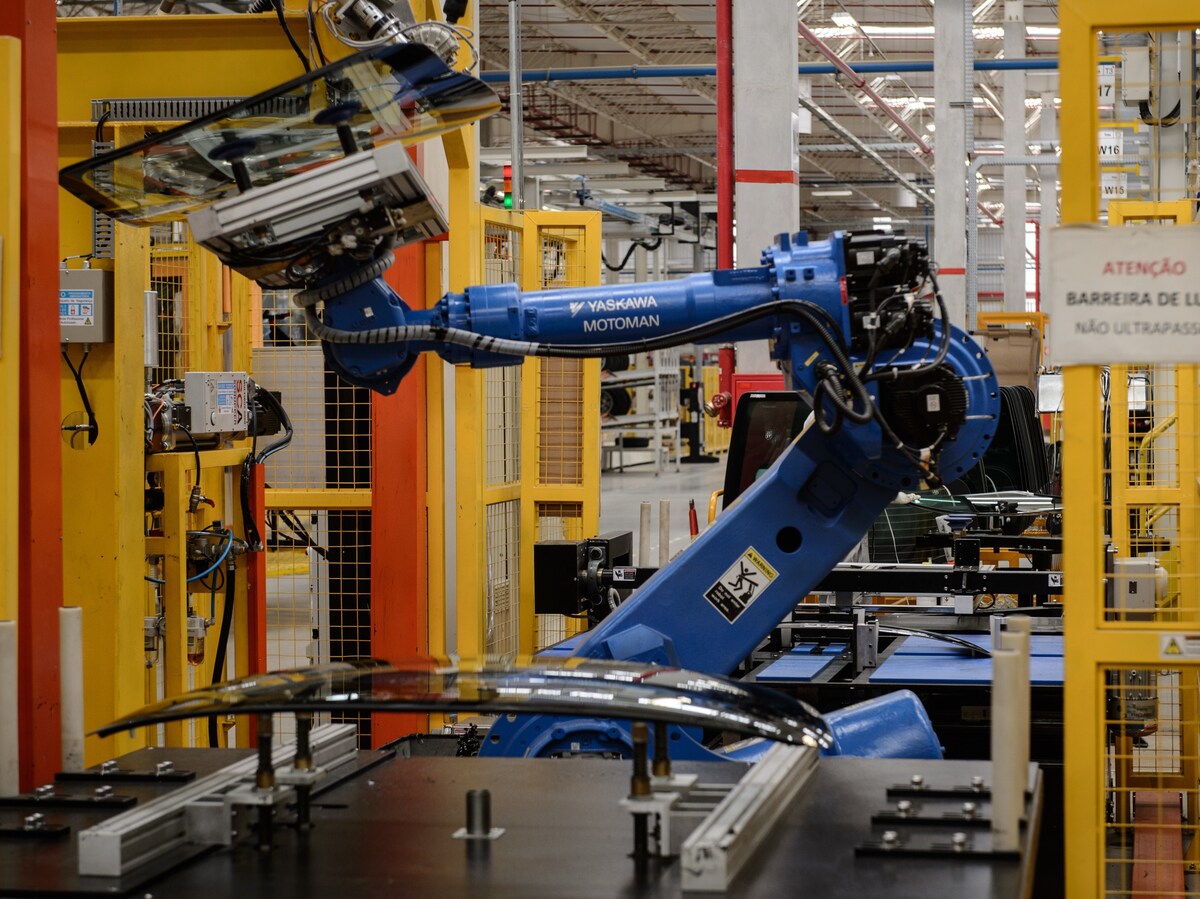 A robot arm at a Nissan assembly plant in Brazil.

Republican presidential nominee Donald Trump laid out his plan for the economy on Monday; Democratic nominee Hillary Clinton will take her turn on Thursday.

While candidates are talking about tax rates, tax breaks and trade, they are ignoring an economic issue that soon may matter far more to working Americans: robots.

Economists and business analysts warn that before long, tens of millions of workers will be displaced by technological advances that include robots and artificial intelligence. Just one example: The most common job in most states is "truck driver." What happens when driverless trucks replace them?

Preparing for such a massive shift will determine the health of the economy far more than whether 0.2 percent of the population will have to pay an estate tax.

The reason robots haven't been dancing in the spotlight at campaign stops is because epic, transformational change can be hard for political leaders to discuss in the heat of a campaign. Consider this example:

In 1900, President William McKinley was running for re-election. The economic debates of that year centered on his support for both the gold standard and stiff tariffs, especially on imported wool.

Spoiler alert: The gold standard was abandoned in 1933 and the development of synthetic fibers in the 1940s dramatically reduced demand for wool. That means the hottest topics of 1900 had melted away before midcentury.

What actually mattered in 1900 was the coming transformation of the workforce. In 1900, the top occupation for men was farm laborer. For women, it was domestic servant.

So while McKinley was talking about the gold standard, he was not helping those workers brace for change; very soon, tractors would be redefining farm work while electric washing machines, vacuum cleaners and canned foods would be reinventing housework.

By 1950, farmers had been turned into urban factory workers, and domestic servants had been transformed into typists and phone operators.

Would we have had such a long hard Depression in the 1930s if McKinley had worried less about wool tariffs — and thought more about how to help farm hands become machinists? How much richer would the country have turned out if McKinley had pushed for female workers to stop hunching over laundry tubs and start leaning into microscopes?

Needless to say, hindsight is easy. McKinley could be forgiven for not accurately predicting, say, the emergence of an aerospace industry.

But with his own eyes, he could have seen factories adding electric lights and machines, phone companies stringing wires and inventors adding motors to mechanical reapers.

Episode 623: The Machine Comes To Town

He could have looked at those changes and started pushing hard for the upgrades to education and infrastructure that would have helped workers advance themselves. Of course, massive changes did come to the workforce, but only in the rough ways forced by the traumas of World War I, the Depression and World War II.

So yes, many Dust Bowl migrants of the 1930s emerged as aerospace workers in the 1950s. But did it have to hurt that much?

Now the economy is making another massive shift. One Oxford University study dryly said: "Advanced robots are gaining enhanced senses and dexterity, allowing them to perform a broader scope of manual tasks. This is likely to change the nature of work across industries and occupations."

In his speech Monday, Trump never mentioned robots. He did promise to "put our coal miners and steel workers back to work."

On her website page on manufacturing, Clinton promises to "expand apprenticeships and training." No mention of robots.

In contrast, Andy Stern, former president of the Service Employees International Union, recently said on The Diane Rehm Show, "We're going to have a massive potential of disruption in jobs," thanks to new technologies.

"If we knew a tsunami was coming to shore, we wouldn't sit around and debate where it is going to hit," he said. "We would buy insurance and prepare ourselves."

Voters still have time to ask candidates: What is your preparation plan for robots?