Accessibility links
Clinton Campaign Touts Supports From Growing List Of Republicans Turned Off By Trump Clinton's campaign is reaching out to Republicans, something she likely wouldn't have the luxury to do if Donald Trump weren't her opponent. 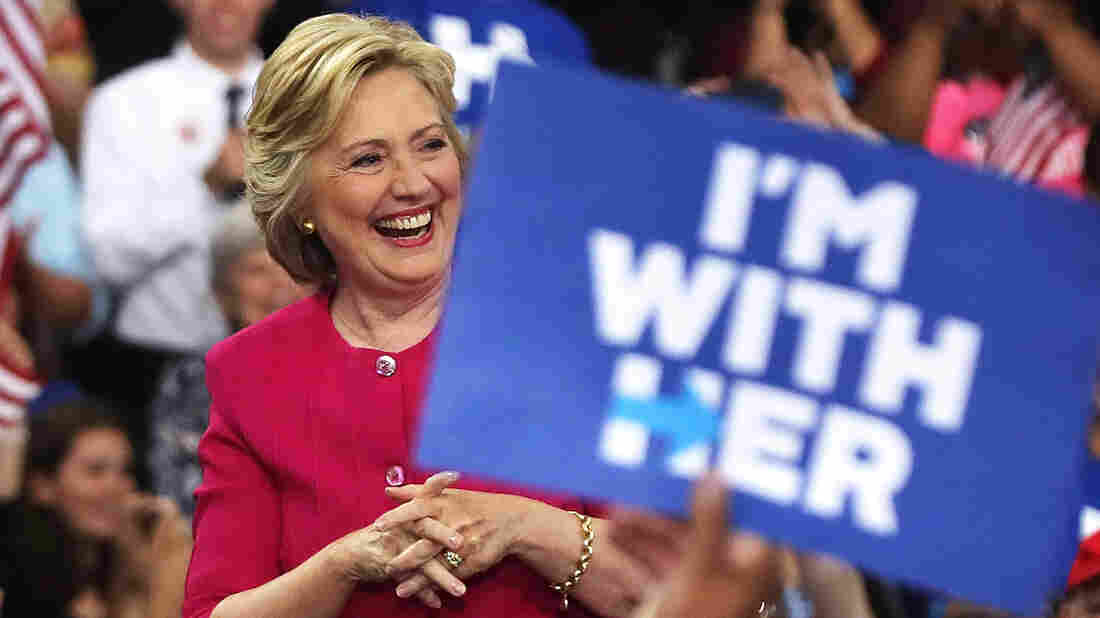 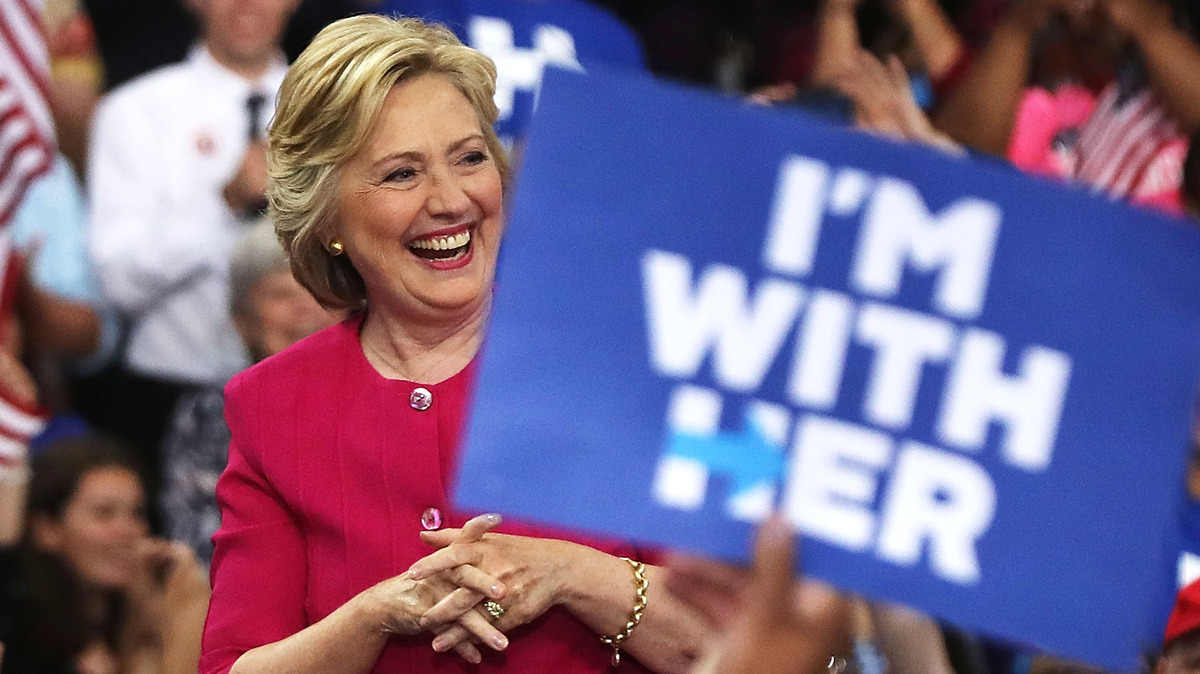 For long-time Republican Matthew Higgins, the moment of truth came when his nine-year-old son came to him with a question.

"'So daddy, is this how the political process works?'" said Higgins, recalling his son's query one evening. "'If you're a member of the Republican Party, does that mean you have to vote Republican, even if you don't agree with what the Republican is saying?'"

Higgins is CEO of a company called RSE Ventures, but he was press secretary when Rudy Giuliani was mayor of New York and was involved with fundraising for the McCain and Romney campaigns.

On Wednesday, the Clinton campaign launched an initiative called "Together for America" but it might as well be called "Republicans for Hillary Clinton." And in any other election year that would be an oxymoron. After all, Clinton has been enemy number one for many in the GOP since the 1990s. But this is anything but a normal election year.

Donald Trump has responded to the Republican defections by saying they are part of the establishment he is running against.

I am running against the Washington insiders, just like I did in the Republican Primaries. These are the people that have made U.S. a mess!

Higgins has a letter from George W. Bush hanging on his office wall, along with pictures from a trip he took to Israel in 2012 with GOP nominee Mitt Romney. But as the primaries heated up and his son asked about the 2016 GOP front-runner, Higgins said "I found myself differentiating. 'Yeah, but. Yeah, but.'"

He cites Trump's plan to build a wall on the border with Mexico, proposed ban on Muslims from entering the U.S. and criticisms of Judge Gonzalo Curiel as things he couldn't justify to his son.

When it became clear Donald Trump was going to be the Republican nominee, Higgins said he changed his voter registration to independent. And then, slowly, he came around to a realization.

"I decided that it wasn't enough to just sit it out — that you really have to get involved," said Higgins.

So, he called a friend of a friend and eventually found someone to talk to at the Clinton campaign.

"You have to have a hierarchy of principles at a time like this," Higgins said. "So, even though I don't agree with her positions on taxation for example. Now, I do believe in her in terms of how she treats people. I do believe in her fundamentally, in her vision for the country, what kind of country we want to be."

For the Clinton campaign, the recruitment of Republican endorsements isn't so much about any one individual endorsement swaying voters. It's about signaling to those Republicans and independents who are uncomfortable with Trump that it's OK to vote their conscience, as Senator Ted Cruz put it in his convention speech (that earned boos for slighting Trump).

Clinton herself publicly hinted at the outreach in a speech on the night of the Pennsylvania primary.

"So, my friends, if you are a Democrat, an independent, or a thoughtful Republican, you know their approach is not going to build an America where we increase opportunity or decrease inequality," Clinton said to cheers.

In recent weeks, Clinton spoke personally with Whitman, the 2010 Republican candidate for governor in California. Campaign chairman John Podesta has been speaking with other high-profile Republicans. And there have also been more informal conversations, an aide tells NPR, between what you might call Republican emissaries reaching out to friends.

But the campaign aide said there hasn't been a hard pitch, and a surprising number of Republicans like Higgins have come directly to the campaign on their own. Exactly how "Together for America" will operate is still not entirely clear. Some members will speak publicly or help with fundraising. Others may make direct calls into swing states, talking to voters.

And all of this is possible because of the way Donald Trump has run his campaign — the lack of focus, the questionable statements — said Mary Katharine Ham, a senior writer at The Federalist and a conservative commentator at CNN.

"He is not demonstrating to some Republicans, like, basic acceptability," said Ham. "They want him to say, 'Look, I am fit for the office,' and for many of them he hasn't hit that bar. So she ideologically doesn't have to turn that much."

Moving into the general election, Clinton hasn't moderated her positions on policy at all. Add to that ongoing discomfort about Clinton's email server and the news of emails between a Clinton Foundation staffer and a top Clinton aide.

And still, Ham said, Clinton can make the case.

"'Hey, you know, you don't like me and that's fine,'" said Ham describing the Clinton pitch as she sees it. "'But I'm not going to do anything super crazy. I'm just going to be sort of run of the mill Clintonista, corrupt. Vote for me!'"

A new Reuters/Ipsos poll found one in five Republicans wants Donald Trump to drop out of the race. That's Republicans, not Democrats. So, there's something for Clinton's camp to work with.

"It's less about Secretary Clinton and more about Republicans running as far as they possibly can from the bigoted train wreck of a campaign that Donald Trump is running," said Neil Sroka with the progressive group Democracy For America.

He's glad to see Clinton hasn't shifted on things like college affordability, immigration or taxes in an effort to reach Republicans.

"Let Donald Trump do your dirty work for you," said Sroka. "I think the campaign should be spending more time building support and enthusiasm among the Democratic base than they should be trying to coral Republicans to, you know, sign on to this effort."

And if she were running against any other Republican, Clinton and her campaign probably wouldn't have the luxury to chase traditional GOP votes.