Accessibility links
Review: John Paul White, 'Beulah' A member of the beloved and now defunct duo The Civil Wars delivers on the long-held promise of a solo album — a wise, entrancing and meticulous bit of Southern folk. 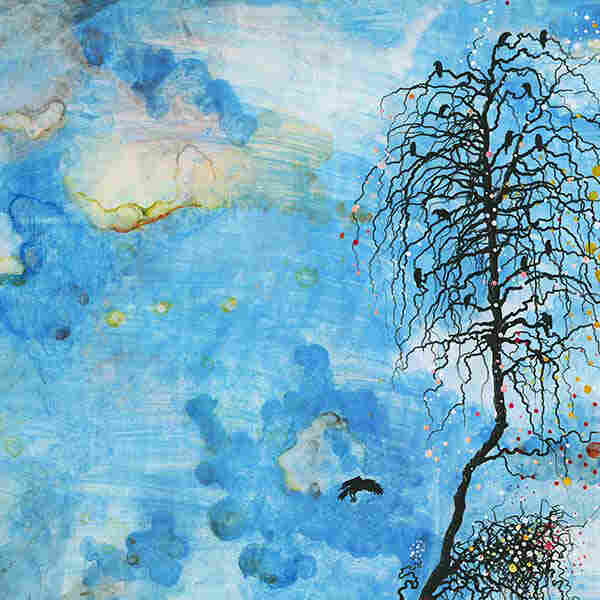 John Paul White's voice was meant to be heard on its own. At the start of his career, he was poised to be a breakout solo singer until Capitol Records dropped him before the release of his debut album. That set him on a path to writing songs for other people and then forming The Civil Wars with Joy Williams — a duo whose strength lay in its harmonies. Now, years later, White delivers on the long-delayed promise of a solo career in Beulah, a wise, entrancing and meticulous bit of Southern folk.

White has always sung like a melody can be dangerous. On a foundation of tension and surrender, the Civil Wars created magnetic songs about dark magnetism. When the duo broke up in 2013, White returned home to Muscle Shoals, Ala. to be with his family and focus on his Single Lock Records label. With Beulah, White emerges as if drawn by song from a quiet life, drawn with that romantic regret.

If White is out of practice, he doesn't show it. The songs on Beulah strike a tricky balance between precision in their craft and a loose folksiness in their sound and delivery. Longtime fans will recognize the pure tone of his voice and the finger-thrumming parlor sound of his acoustic guitar. Yet in nearly every song he conjures fresh sonic adventurousness — the haunted percussion on "The Once And Future Queen" or the minimalist grooves of "Hope I Die."

White can't help but speak clearly, which made Civil Wars songs feel like conversations, intimate moments a listener happened upon. With Beulah, he is plainspoken without sacrificing his poetics. For every emotional sledgehammer of a pop-country profundity like "I hate the way you love me," there's the subtle pull of a character line such as "you don't get above your raising."

Beneath the themes of heartache, resentment and redemption is an elegant idea: Beulah. It's a biblical word, denoting in Isaiah a place of peace and isolation from strife. The biblical sense lives in roots, blues and gospel music like Mississippi John Hurt's laconically blissful "Beulah Land." William Blake used the word as a term for the poetic universal unconscious. That's the sense White favors, but he has his own transcendent reason for claiming Beulah: It's a family nickname.

For White, this is a return to self. If The Civil Wars invited listeners to confuse their characters with the singers, he is now making clear where his songs come from. It's bracing to hear the return of a voice many have missed in a form few have heard.