Accessibility links
Through Organ Donation, A Heart Lives On When Michael Stepien died, Arthur Thomas recieved his donated heart. When Stepien's daughter, Jeni, got married, Thomas walked her down the aisle. Scott Simon reflects on the power of organ donation. 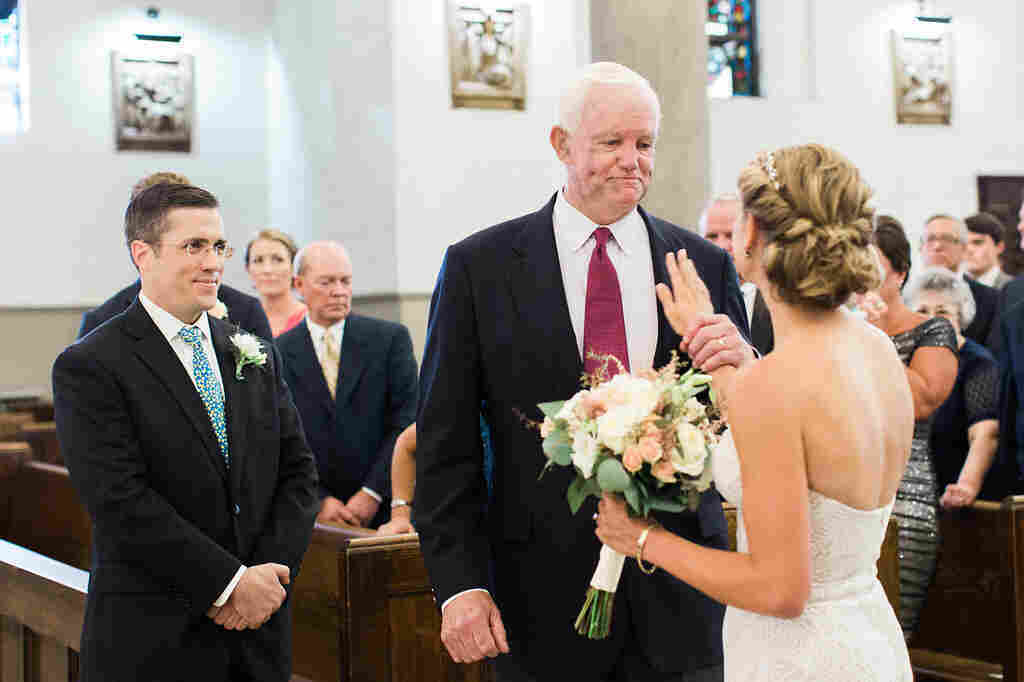 Jeni Stepien with her hand on Arthur Thomas' chest after he walked her down the aisle at her wedding last Friday. The groom, Paul Maenner, stands to the left. Lauren Demby/Lauren Renee Design hide caption 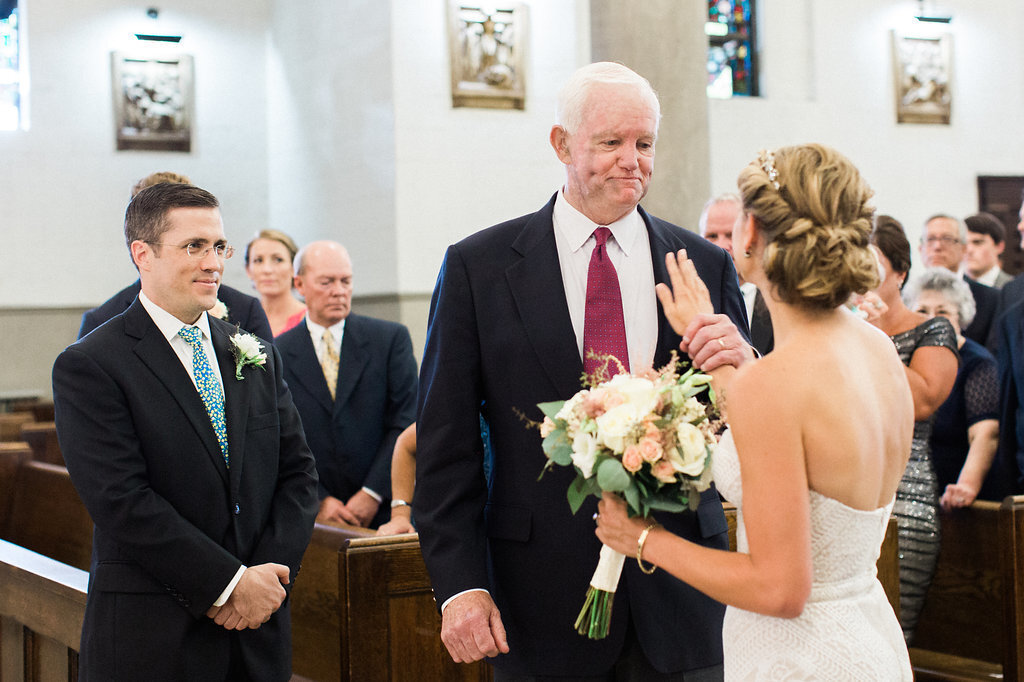 Jeni Stepien with her hand on Arthur Thomas' chest after he walked her down the aisle at her wedding last Friday. The groom, Paul Maenner, stands to the left.

Just before Jeni Stepien got married to Paul Maenner last Saturday, she turned to the man who walked her down the aisle and put her hand on his chest — to feel the heartbeat of the father she lost ten years ago.

Michael Stepien was a chef, on his way home from work at a restaurant in suburban Pittsburgh in September 2006 when he was robbed by a 16-year-old who shot him through the head.

Arthur Thomas was a school counselor in Lawrenceville, New Jersey, and a father of four who had been diagnosed with a heart disease 16 years before. He was in a hospital, close to death.

When Michael Stepien died, his family decided to donate his organs to help save lives. Michael Stepien's heart was transplanted into Arthur Thomas' chest, and it turned out to be a good match.

The two families have become friendly over the last 10 years, sharing both grief and gratitude. When Jeni Stepien got engaged she asked Arthur Thomas, "Is there any chance you'd consider walking me down the aisle?" He told her, "Oh, there's a big chance."

"The last 10 years, I watched my children graduate from high school and college and I'm probably going to be able to see them get married," Arthur Thomas told the Washington Post. "And that same 10 years, Michael's family went without him. I had a life to live because of him ... It was important for me to do this very small thing for her."

"He did my father-daughter dance with me and then handed me to my mom." She wrote on Facebook: "It truly was the best day of MY ENTIRE LIFE!"

The Department of Health and Human Services says that almost 30,000 people received organ transplants in the United States in 2014. But 22 people a day die, on average, while waiting for a transplant, in part because there is a shortage of organs available.

Charity Tilleman-Dick, an opera soprano who has become a vocal advocate for organ donation, has had two double lung transplants at Cleveland Clinic. She still sings.

"I'm alive today because a family in Ohio turned their tragedy into a miracle," she told us.

"Some people say life's not a sprint, it's a marathon. It should be a relay. When you round mortality's final bend, pass the baton ... In death, we can give breath. We can give grace. We can give life."