Accessibility links
Everything Is Fair Game In 'Known And Strange Things' Teju Cole's new essay collection covers politics, poetry, music and even Snapchat. "I love to live things," he says — and he recommends Miles Davis as a cure for election season stress. 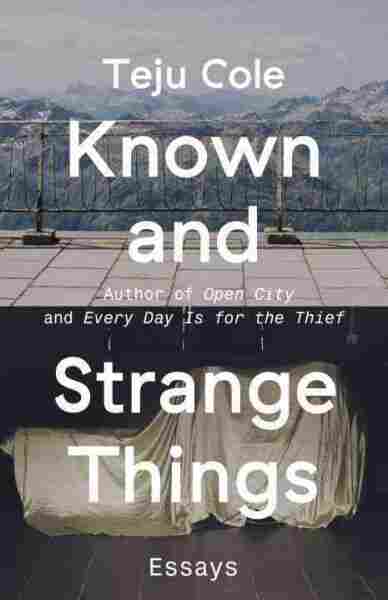 In Teju Cole's writing, everything is fair game. Politics, poetry, music — even Snapchat.

He roams between time periods, genres and media, drawing unexpected parallels, and his latest book, Known and Strange Things, is a collection of his essays written for publications like The New York Times Magazine and The New Yorker.

"I love to love things," Cole tells NPR's Ari Shapiro. Which means he doesn't mind writing about Great — capital-G Great — works of art. "I can sort of understand that Beethoven is Great, but that's not what's interesting about him to me," he says. "What's interesting is that there's somebody who was writing music in the 18-teens, and I'm listening to it in the 21st century, and I'm actually being moved by it ... so to the commonality, to sort of let that history dissolve and know that art can not only transcend the years, but that it can also transcend all the layers of commentary that have accreted on top of it. So for that reason, I try not to give myself any complexes about any of the stuff I approach."

I think it helps a bit. But I think culture itself is moving in that direction anyway, where being omnivorous is normal. How do I put it? The individual who is at the center of our formal political arrangement is the president of the United States. But when he releases his summer playlist, or his reading list, it is extremely eclectic, and it is expected to be extremely eclectic. And of course, we're aware of the extreme elements of calculation and propaganda ... but having said all that, I'm not doing it in order to be zeitgeisty.

On criticizing the distinction between fiction and nonfiction

We want to be moved; we want our eye to be enchanted. So when I look at an exhibition of Degas ... I don't say, oh, that painting, is it nonfiction? Because what actually matters is the state of enchantment he is able to make out of fictional and nonfictional material. So this insistence in writing, I mean, I understand it for sure, if we are writing a news report, stuff needs to be factually cross-checked, but we also have to understand that in the writing itself, there's so much artful placement and arrangement. What we really want to be is in the presence of somebody who has thought about something and has delivered their thoughts in a composed and edited way.

On reading recommendations for election season

You know, in times like this, especially in this present moment, there's this tendency to be reactive to every small little bit of news. In a way that's actually not very productive for us, because we know that what we need to do is go to the polls and do the necessary, and not sort of keep up with every small outrage. So I actually find it tremendously helpful to focus my attention on things that are just really removed from this world, and to just think about a different space. I've found it really lovely of late to go back to Miles Davis. And if I go back and listen to Sketches of Spain, for example, it just evokes a whole other world. It's a beautiful and perfectly made work of art that is helping me cope with the right now.