Accessibility links
What Happened To 9/11? Rudy Giuliani Claims U.S. Had No Terrorist Attacks Pre-Obama That's not true, of course, and it's interesting coming from the man who was mayor of New York on Sept. 11, 2001.

For a man once accused of forming every sentence with a noun, a verb and 9/11, it was a serious omission.

Rudolph Giuliani appeared to forget the terrorist attack on Sept. 11, 2001, while warming up a crowd for Donald Trump's foreign policy speech on Monday. 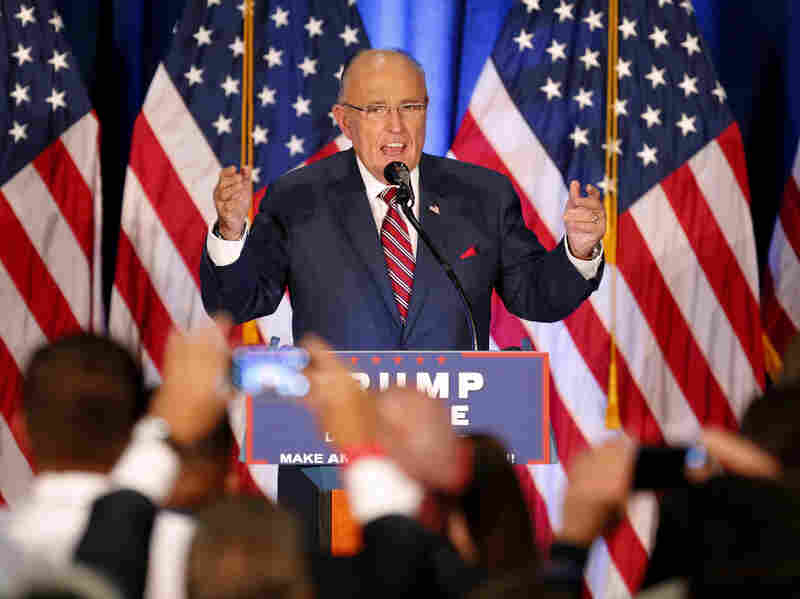 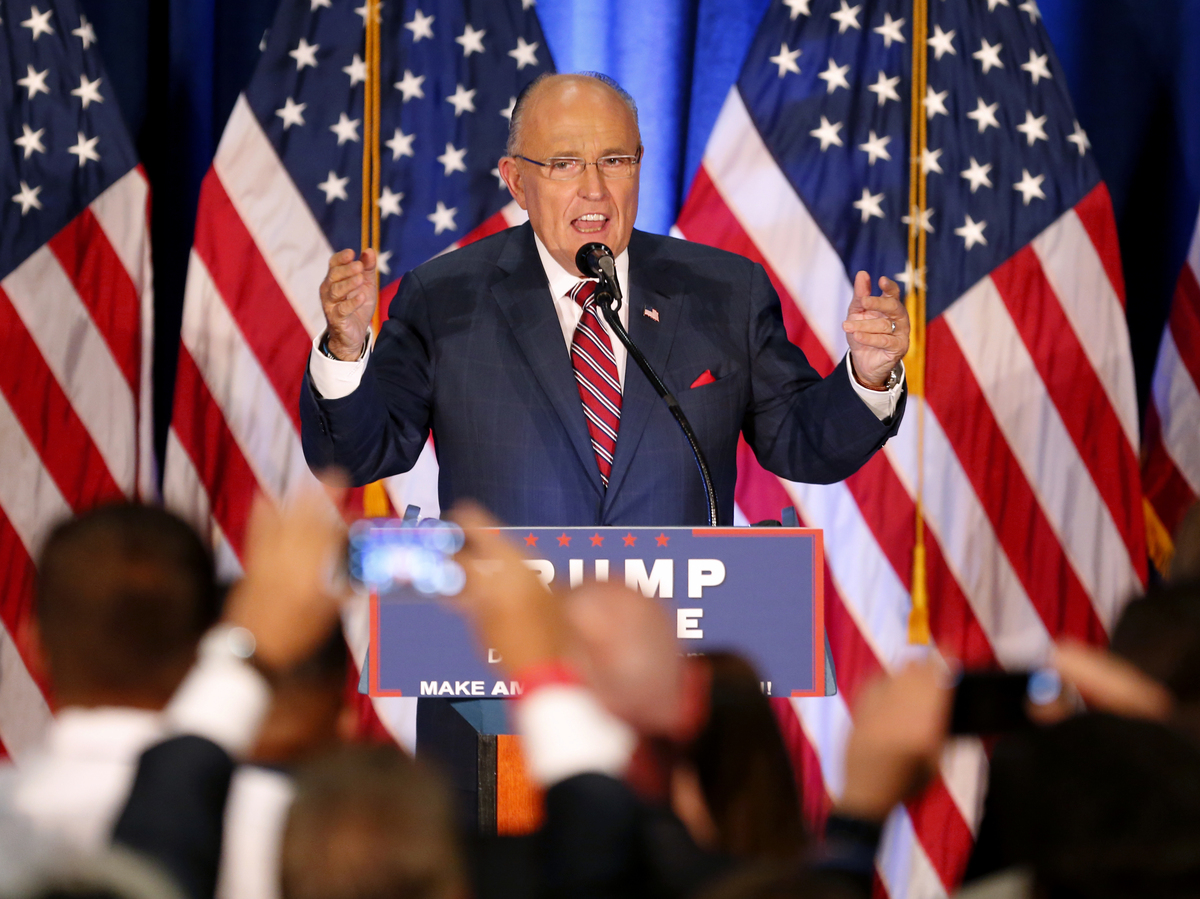 "By the way," Giuliani said, "under those eight years, before Obama came along, we didn't have any successful radical Islamic terrorist attack in the United States. They all started when Clinton and Obama got into office."

The oversight was all the more glaring because Giuliani had spoken moments earlier about visiting ground zero with Trump's running mate, Mike Pence, "when we went through the worst foreign attack in our history since the War of 1812."

Giuliani's oversight was quickly mocked on social media and in his hometown newspaper, the New York Daily News.

Before Sept. 11, there was also the 1993 World Trade Center bombing. After the 1994 conviction of the bomber, Giuliani lauded the U.S. court system, saying the conviction "demonstrates that New Yorkers won't meet violence with violence, but with a far greater weapon — the law." He added, "It should show that our legal system is the most mature legal system in the history of the world, that it works well, that that is the place to seek vindication if you feel your rights have been violated."

Bouquets And Brickbats From Opening Night At Trump's Unconventional Convention

This is not the first time a Republican speaker has appeared to airbrush the deadly Sept. 11 attack out of a conversation. Jeb Bush did so during a GOP debate in February.

"While Donald Trump was building a reality TV show, my brother was building a security apparatus to keep us safe," Bush said, ignoring the 2,996 people who died on Sept. 11.

At that time, it was Trump himself who set the record straight, telling Bush, "The World Trade Center came down during your brother's reign, remember that?"