Accessibility links
Rubio Backs Trump, But Stands By Calling Him A 'Con Man' Florida Sen. Marco Rubio told the Miami Herald editorial board he has "stood by everything I ever said" during his presidential campaign.

Rubio Backs Trump, But Stands By Calling Him A 'Con Man'

Rubio Backs Trump, But Stands By Calling Him A 'Con Man' 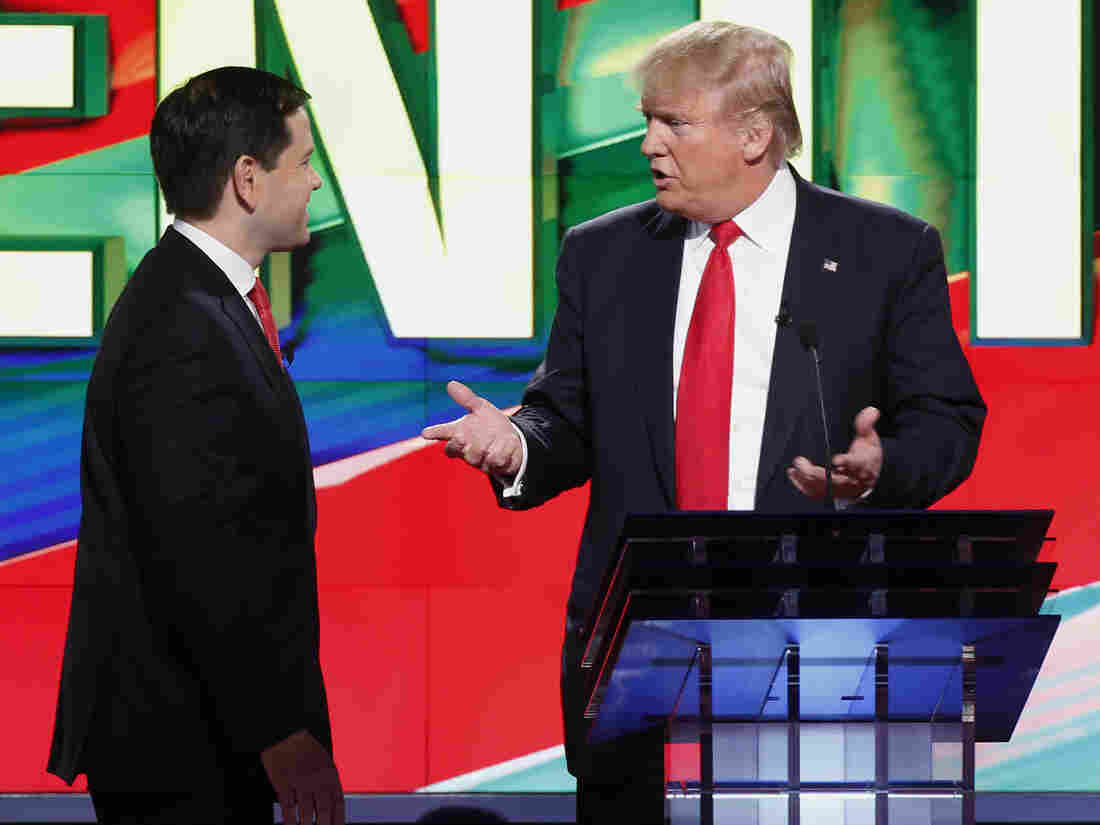 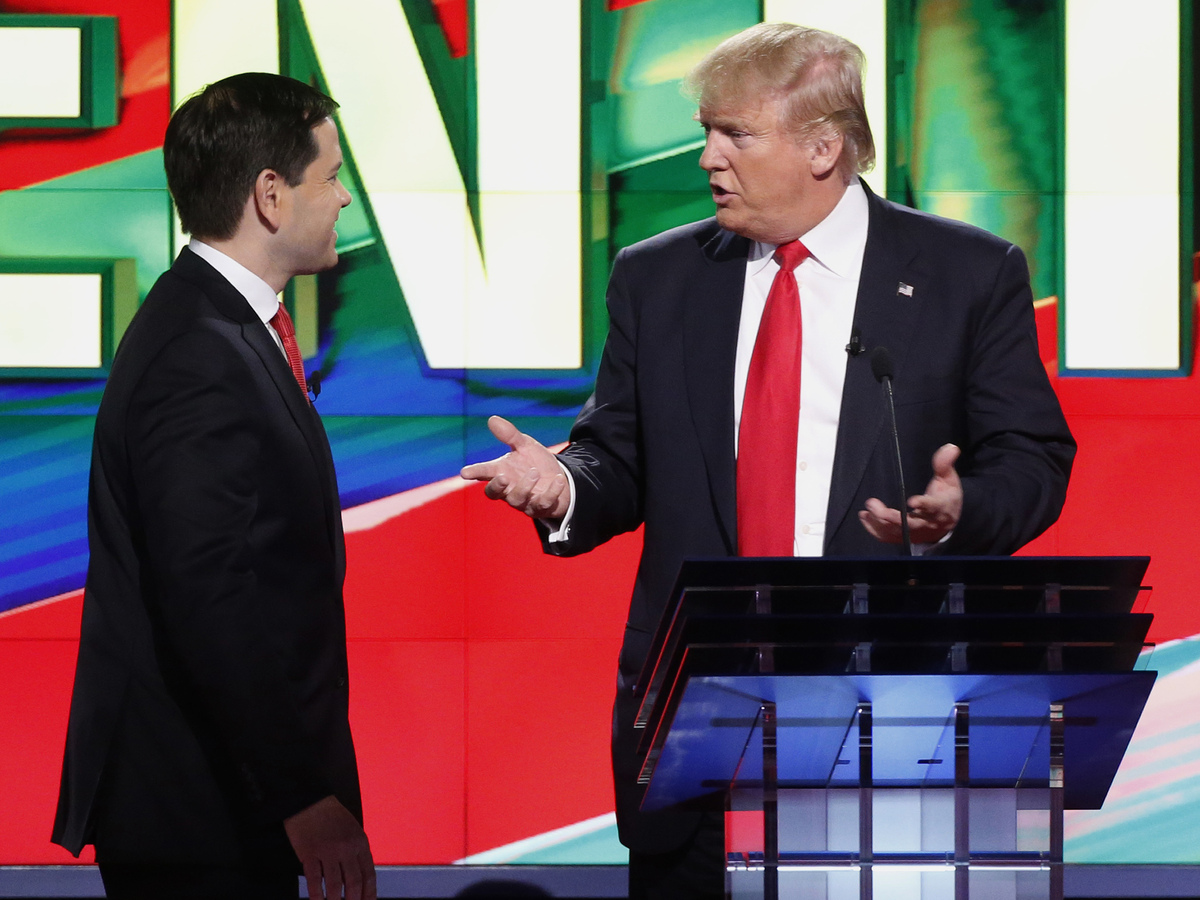 Sen. Marco Rubio, R-Fla., (left) and Donald Trump during a break in a Republican presidential debate in March.

Former Republican presidential candidate Marco Rubio said he stands by comments he made during the bruising GOP primary campaign earlier this year, including referring to Donald Trump, now his party's nominee, as a "con man."

"I've stood by everything I ever said in my campaign," Rubio said in an interview with the Miami Herald editorial board.

Rubio, the Florida senator seeking another six-year term this year, was at one time touted as the "Republican Savior," but he underperformed during the primary and eventually dropped out in March. 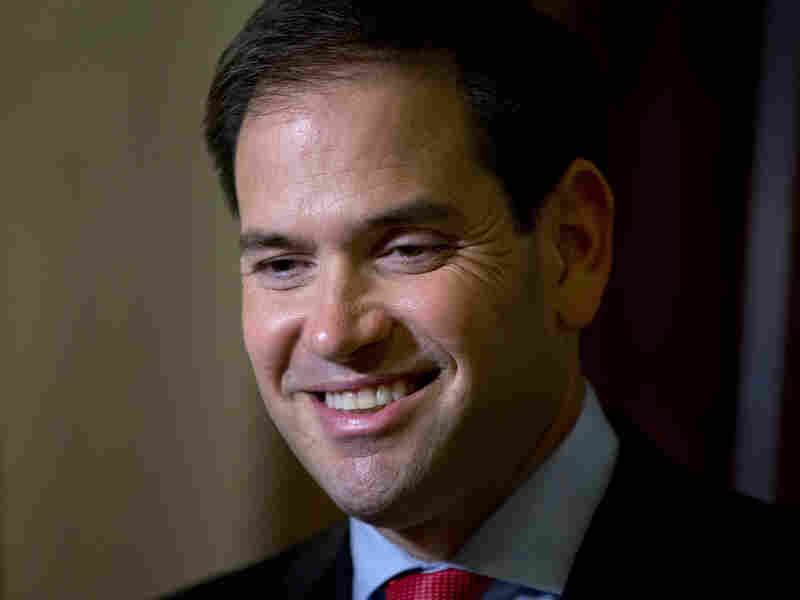 Sen. Marco Rubio, R-Fla., speaks to media outside his office on Capitol Hill in Washington. He announced in June that he will run for re-election to the Senate. Carolyn Kaster/AP hide caption 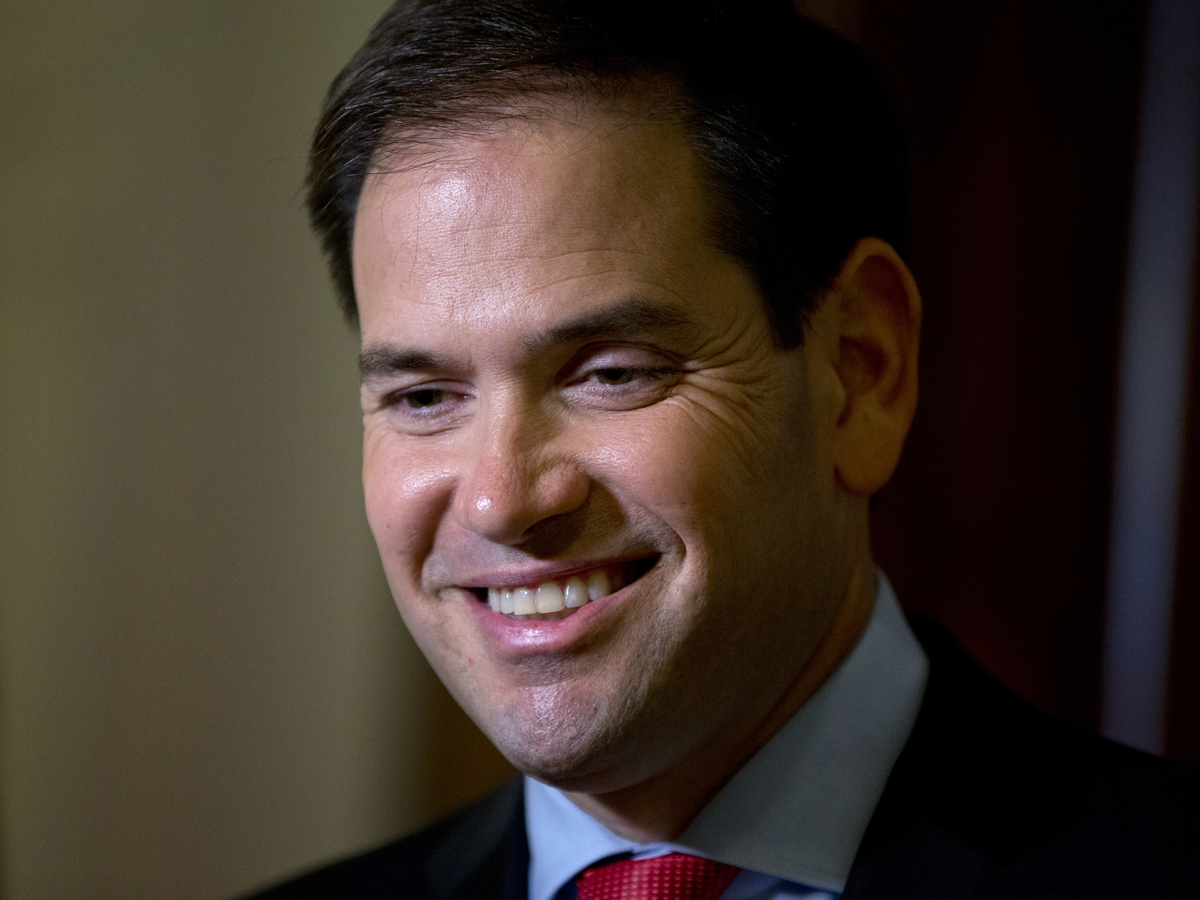 Sen. Marco Rubio, R-Fla., speaks to media outside his office on Capitol Hill in Washington. He announced in June that he will run for re-election to the Senate.

He got into memorable spats with Trump, including calling him a "lunatic," mocking the real estate mogul's hair and "small hands" and suggesting that Trump "wet" his pants backstage during a February presidential debate, among other things.

Despite all of that, Rubio still backs Trump for president.

Still, the senator has cited his worry about a Trump presidency in reversing his decision to retire from Florida politics.

During the presidential campaign, Rubio said he would return to life as a private citizen if he was unsuccessful in winning the White House, before announcing in June that he was seeking to defend his Senate seat. He told the Herald:

"We're in a different place now. Now we have a binary choice — not a choice between 15 people or 12 people. There are two people in the world that are going to be the next president, either Donald or Hillary" Clinton, he said.

"In our republic, while the presidency is powerful, there is a balance of power in this country, and a significant amount of it resides in the United States Senate.

"It's one of the reasons why I seek to run again.'"

Most polls show Rubio enjoys a sizable lead over his Republican challenger businessman Carlos Beruff ahead of the state's Aug. 30 primary. One from St. Pete Polls, released earlier this month, has Rubio up by 33 points.

In a likely head-to-head match-up with his likely general election opponent, Rep. Patrick Murphy, D-Fla, Rubio has seen his lead shrink over the last few weeks.

A Quinnipiac University poll released last week was determined "too close to call" with Rubio up three points over Murphy (48 percent to 45 percent) and up just six points over another Florida Democratic congressman, Rep. Alan Grayson (49 percent to 43 percent).

"At this stage of the campaign, Republican U.S. Senate candidates may be running against their own presidential nominee, Donald Trump, as much as they are against their Democratic opponents," Peter Brown, the assistant director of the poll, said in a statement.