Accessibility links
Bobby Hutcherson, Jazz Vibraphone Modernist, Has Died The mallet percussionist released more than 40 albums and played on many classics of the 1960s and '70s, expanding the scope of what was possible on his instrument. He was 75. 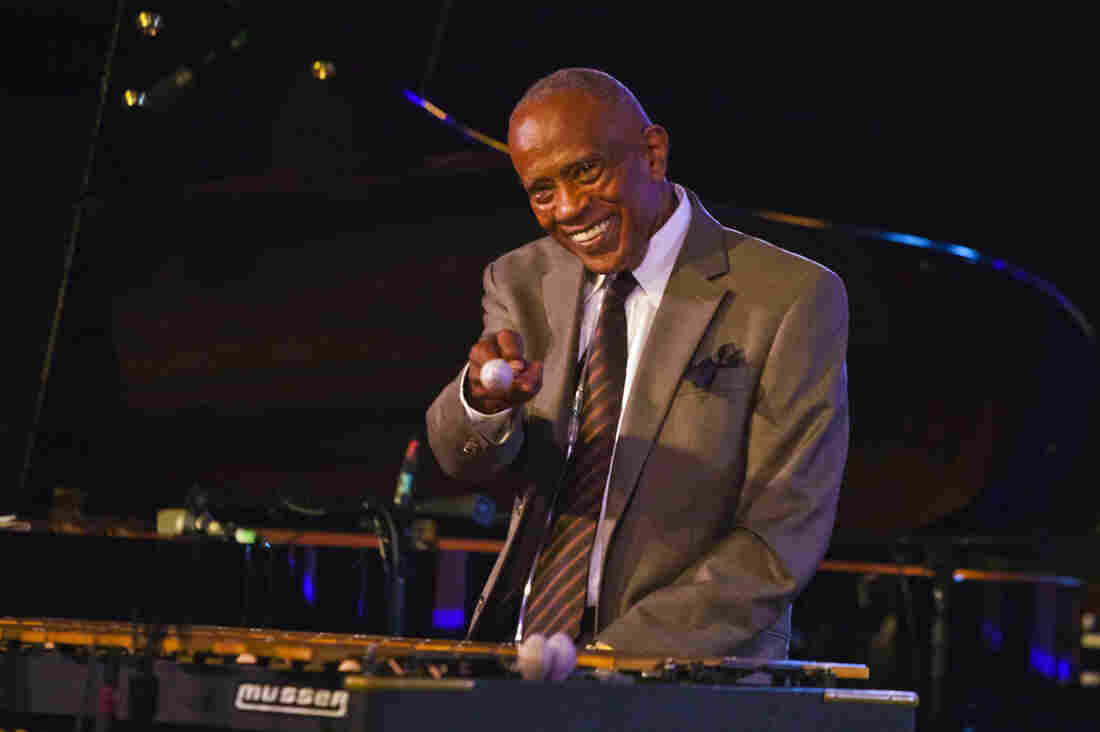 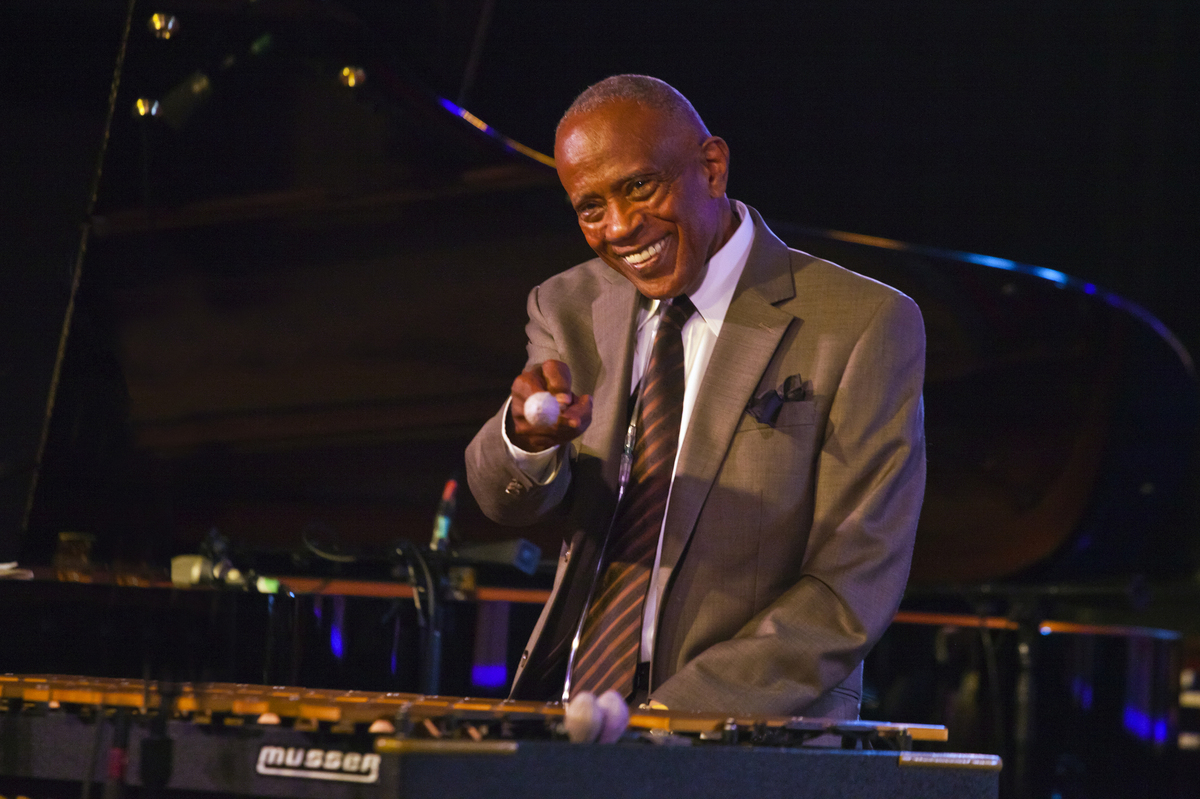 Bobby Hutcherson performs at the Monterey Jazz Festival, in Monterey, Calif. in 2013.

Bobby Hutcherson, a vibraphonist whose improvising and composition helped to define modernity for jazz as a whole, has died. He had long struggled with emphysema. He was 75.

As a mallet percussionist, he expanded the scope of what was possible on his instrument. And the sound he created was widely influential.

It was a far cry from his first public performance. Inspired by pioneering jazz vibraphonist Milt Jackson, a teenaged Hutcherson formed a band with his friend from school, bassist Herbie Lewis. Hutcherson hadn't taken any lessons, but Lewis marked up the vibraphone with which notes to play and when.

It was a system that worked great in practice — but then they entered a contest ... in front of people. Here's how Bobby Hutcherson told the story to NPR in 2001.

And the stage manager comes out and he says, 'Oh Bobby, by the way, I saw a bunch of black stuff all written all over your bars, so I took a nice wet cloth, and I wiped it.' I said, 'No you didn't! You didn't do that!' 'Yes I did!' The curtain opens, you know, and there's my parents looking, 'That's our son!' I think I hit the first two notes and the rest was complete chaos.

He signed up for lessons after that.

Bobby Hutcherson was born in Los Angeles in 1941. When his career started to progress, he moved to New York with the band he was in at the time.

By the time the '60s rolled around, he wanted to do something new with the vibraphone. He told NPR in 2014 that he thought it'd be a mistake to just copy what other big vibes players like Milt Jackson were doing.

"In New York, you know, there was a big influx of new musicians," he told host Arun Rath. "There was a lot of history being presented at that time. I mean, you can stop on the street corner and hear Malcolm X, you know.

Hutcherson said that feeling was reflected in the music.

"There was an awful lot of things going on," he said. "For the music to describe, you know, because at that time the music was almost like a — it was like a newspaper of what was going on in the streets."

Hutcherson caught the ear of more adventurous musicians like saxophonist Jackie McLean and trombonist Grachan Moncur III. That led to recording work with Blue Note Records, which documented a lot of progressive jazz in the 1960s. Hutcherson would eventually lead several albums on Blue Note, like Dialogues and Components, and performed on others, like Eric Dolphy's Out To Lunch!

However, he was arrested on marijuana possession in New York City, and lost his cabaret card – his permit to perform in the city's clubs. He moved back to California in the late 1960s, and later to the San Francisco area. He continued to perform and record, notably with the saxophonist Harold Land and with the pianist McCoy Tyner.

As his discography grew, so did his influence. Warren Wolf is a vibes player – in fact, a musician who Hutcherson used to call up when he couldn't make a gig himself. He says Hutcherson took more chances than other vibes players.

"He came along and just totally changed the way most people were used to hearing the vibes," Wolf says. "He brought an avant-garde technique to the instrument, and he kind of played the vibes like how a horn player would normally play. So he was just a natural wonder."

Hutcherson was known for his use of resonances and other tone colors, and for his command of harmony – of note choices that he made to work.