Accessibility links
How Hillary And Bill Clinton Became Millionaires Bill and Hillary Clinton moved into the White House in 1993 as a first couple of modest means. If they return in January, it will be as millionaires. 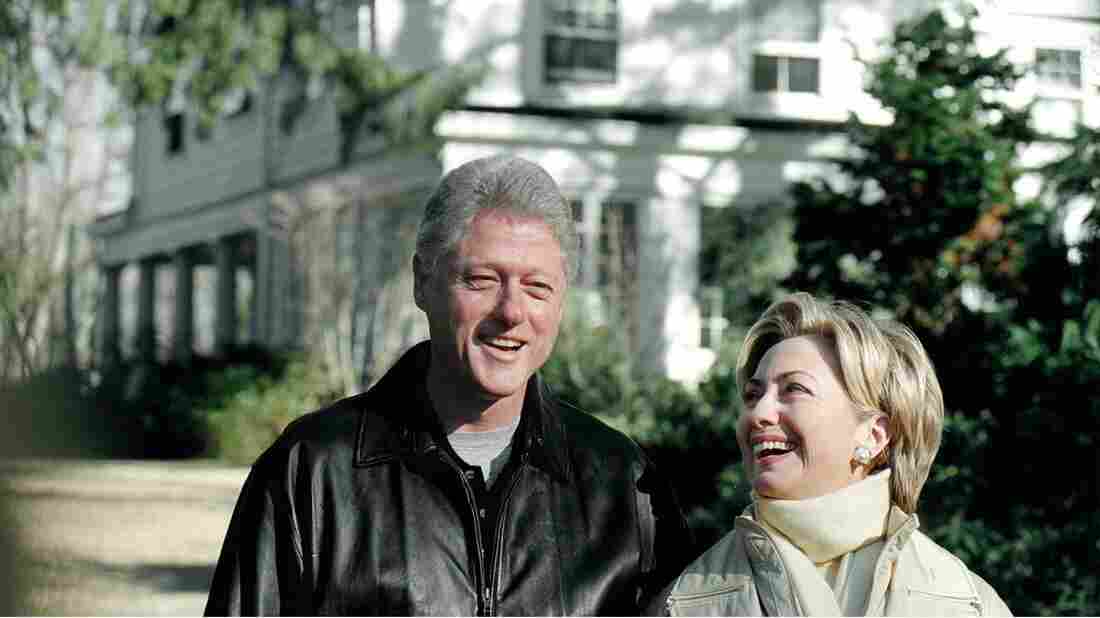 Hillary and Bill Clinton outside their home in Chappaqua, N.Y., in January 2000. The couple paid $1.7 million for the home when they purchased it in 1999. Chris Hondros/Getty Images hide caption 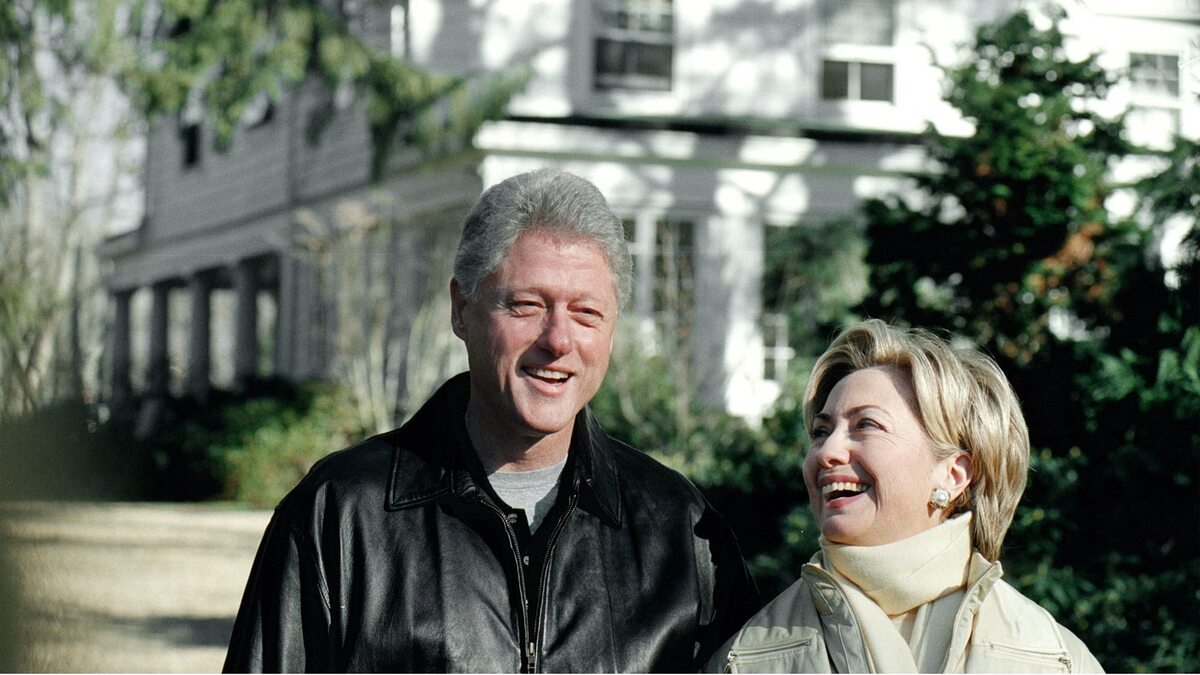 Hillary and Bill Clinton outside their home in Chappaqua, N.Y., in January 2000. The couple paid $1.7 million for the home when they purchased it in 1999.

Bill and Hillary Clinton moved into the White House in 1993 as a first couple of modest means. If they return in January, it will be as millionaires.

Forbes estimates of their wealth range at $50 million; the Clintons got there through hard work, while also benefiting from their fame and their friendships.

What they seem not to have done, contrary to Internet theories, is break any laws.

"The Clintons have always been very careful to walk about two inches inside the line," said Michael Johnston, a professor emeritus at Colgate University who is researching public perceptions of legal and illegal corruption.

He said the wealthy have usually dominated American politics, and the system enables successful politicians to move up. "Money is very, very familiar [in presidential politics] and so are the people who have it," he said.

The Clintons built their wealth in two stages: first in Arkansas, and then on the East Coast after Bill's presidency ended.

As attorney general and then governor of Arkansas from 1976 to 1992, Bill Clinton was paid at most $35,000 a year. Hillary, a rising young lawyer and the governor's wife, became a partner at the Rose Law Firm; she also served on the boards of directors of Wal-Mart, TCBY and LaFarge, the American subsidiary of a French cement manufacturer. In 1991 she was paid $110,000 by the firm and $60,700 from the three corporations. Wal-Mart is now a donor to the Clinton Foundation.

The Clintons invested, sometimes with help from friends. It brought mixed success and plenty of controversy. They borrowed to invest with friends in a vacation-home development called Whitewater. It triggered a scandal even as they lost money. Hillary had better advice and more success with commodities trading. Her guide was James Blair, a close family friend and a Little Rock lawyer whose corporate clients sometimes dealt with government agencies. He helped her turn a $1,000 investment into a return of nearly $100,000.

In 1999, Bill Clinton's second term was winding down and Hillary Clinton was preparing her Senate campaign in New York. They bought their post-presidency home, an 1889-vintage, five-bedroom house in Chappaqua, N.Y. It cost $1.7 million — also what it's worth today according to an estimate by the online real estate firm Zillow.

The Clintons got a five-year, interest-only mortgage. By not paying down the principal, they would keep payments low until they were settled. The mortgage required a down payment of $350,000. For the borrowed amount, $1.35 million, the lending bank wanted some sort of guarantee.

Again, a friend stepped in to help. Terry McAuliffe, a Democratic fundraising wizard and close friend of the Clintons who's now the governor of Virginia, put $1.35 million in a bank account to backstop the mortgage.

The following year, barely a month after Hillary Clinton won the New York Senate race, the Clintons bought a second home: a red-brick Colonial, also with five bedrooms, near Washington's Embassy Row. The asking price was $3.5 million; they got it for $2.85 million. News accounts noted the sellers were registered Republicans. Zillow now values the house at $6.6 million.

This was a period of financial stress. When Hillary Clinton famously said, "We came out of the White House not only dead broke but millions of dollars in debt," she wasn't far wrong.

The presidential salary of $200,000 had been overwhelmed by defense attorneys' fees for scandal investigations, the impeachment proceedings against Bill Clinton and action to suspend his Arkansas law license.

Hillary Clinton's disclosure as a Senate candidate listed outstanding legal bills totaling between $2.3 million and $10.6 million. Her 2001 disclosure stated that she and her husband paid more than $13.1 million in legal fees "for themselves and former staff members." By 2004, those debts had been erased.

An analysis by CNN early this year concluded that the Clintons were paid $153.7 million for speeches they gave between 2001 and 2015, when she launched her current presidential campaign.

Also on the 2001 return, Hillary Clinton reported receiving $2.9 million, the first installment of an $8 million advance for her memoir, Living History. The contract was signed the day before she took her oath as a U.S. senator. Bill was already collecting a $10 million advance for My Life, and when Hillary stepped down as secretary of state, she got an advance of $14 million for Hard Choices.

Subsequent tax records show both Clintons earning money as speakers and writers, and Bill also as a consultant. These have raised political questions: Why was Hillary giving well-paid speeches at big banks? Was Bill creating conflicts of interest for Hillary as secretary of state? But in 2014, the last year before Hillary Clinton started campaigning, their income from speaking, writing and consulting totaled $32.3 million.

It's likely the speaking fees and book advances would have been smaller for politicians without the Clintons' larger-than-life reputations.

Michael Johnston, the ethics scholar, said it's a symptom of the wealthy elite's rising prominence.

"We love the notion of the citizen politician," he said, but added this: "You can't be a presidential candidate without some acquaintance with wealth and power."