Accessibility links
Songs We Love: Oathbreaker, '10:56 / Second Son of R.' The Belgian hardcore band needles urgent black metal and melancholy melody with a feral grace. "We wanted the video to hurt," Caro Tanghe says, "just like writing down these words hurt to me."

Our childhood haunts us. In playgrounds, forests, bedrooms and on neighborhood streets, we try to understand a new world as beings in constant formation — full of wonder, full of fear. It's there we first make ourselves human and, in many ways, that nascent humanity scars like an old wound never stitched.

"Writing Rheia, to me, was like a long, intense, self-reflective journey," Caro Tanghe tells NPR. The vocalist fronts Oathbreaker, set to release its third and most compelling album in September. On Rheia, the Belgian hardcore band (which also includes guitarist Lennart Bossu, drummer Ivo Debrabandere and bassist Gilles Demolder) partly breaks from its roots, eschewing a metallic crunch for a sinuous thread that needles urgent black-metal and melancholy melody with a feral grace. 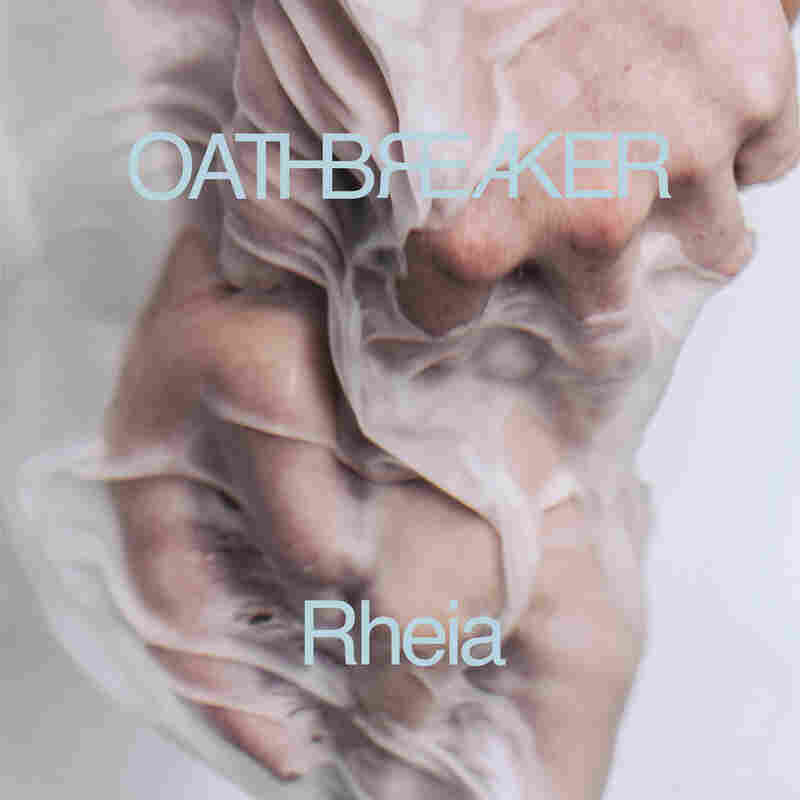 "10:56" opens Rheia a cappella. Tanghe sings about someone's fall — her brother's, perhaps — with a tenderness born of intimate violence ("Your skull merged with the surface / I mended your broken nose"). There's a boldness in her vulnerability that recalls Julie Christmas or the late Geneviève Castrée (Ô Paon, Woelv), as a quiet guitar begins to creep in and out of her slightly raspy warble. It sets the scene for the absolutely chilling "Second Son Of R.," a track that engages with the current extreme music climate — think Deafheaven, Bosse-de-Nage, Cloud Rat — where sonic palettes are fractured and reshaped. But Oathbreaker's melodic grasp is entwined with that of Caro Tanghe, who truly comes into her own as a dynamic presence, capable of soulful howls one moment and fire-breathing shrieks the next.

"I wrote down memories of my childhood and how I was raised, the relation to my father, mother and brother," Tanghe says of the opening tracks. "Memories I haven't told anyone ever before. Writing these songs as honest and transparent as I could made me realize how big their impact has been on my life."

Tanghe's meditations capture the weirdness of newness with such vivid imagery that you can feel the thinning walls of the room in which she hides, "tasting clean air / through a window crack." Jeroen Mylle and Fabrice Parent's video is just as vivid: Tanghe, in full-body hosiery, wraps herself in black tulle and leather, drawing lines and circles in dark gray sand with her hands and feet. It is beautifully intense, naked with pain.

"I embraced putting myself in a vulnerable position and that's exactly how I wanted this video to feel," Tanghe says. "We wanted the video to be as honest and stripped down as possible, not hiding ourselves behind something. By making it this bare and uncomfortable, we wanted the video to hurt, just like writing down these words hurt to me."

In the final moments, the line "You'll never know the person I've become" culminates in a possession, a scream from the person now for the child that couldn't — didn't know how — back then. Tanghe convulses wildly, quickly cut with images of the band pounding their instruments over a distressed canvas of dark sand. This is catharsis, but catharsis uncertain of a resolution, reeling from past trauma replayed over and over in a memory.