Accessibility links
Bringing Back Manufacturing Jobs Would Be Harder Than It Sounds On the campaign trail, Republican presidential candidate Donald Trump frequently promises to bring manufacturing jobs back to the U.S. But how realistic is it to think he could do that, if elected? 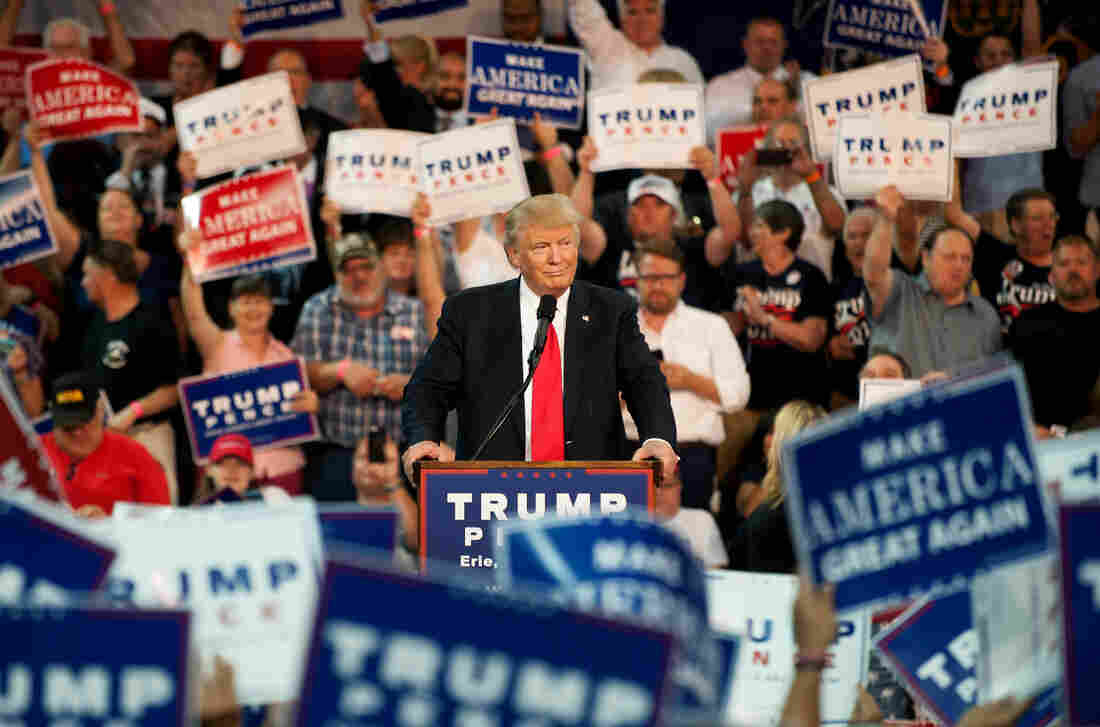 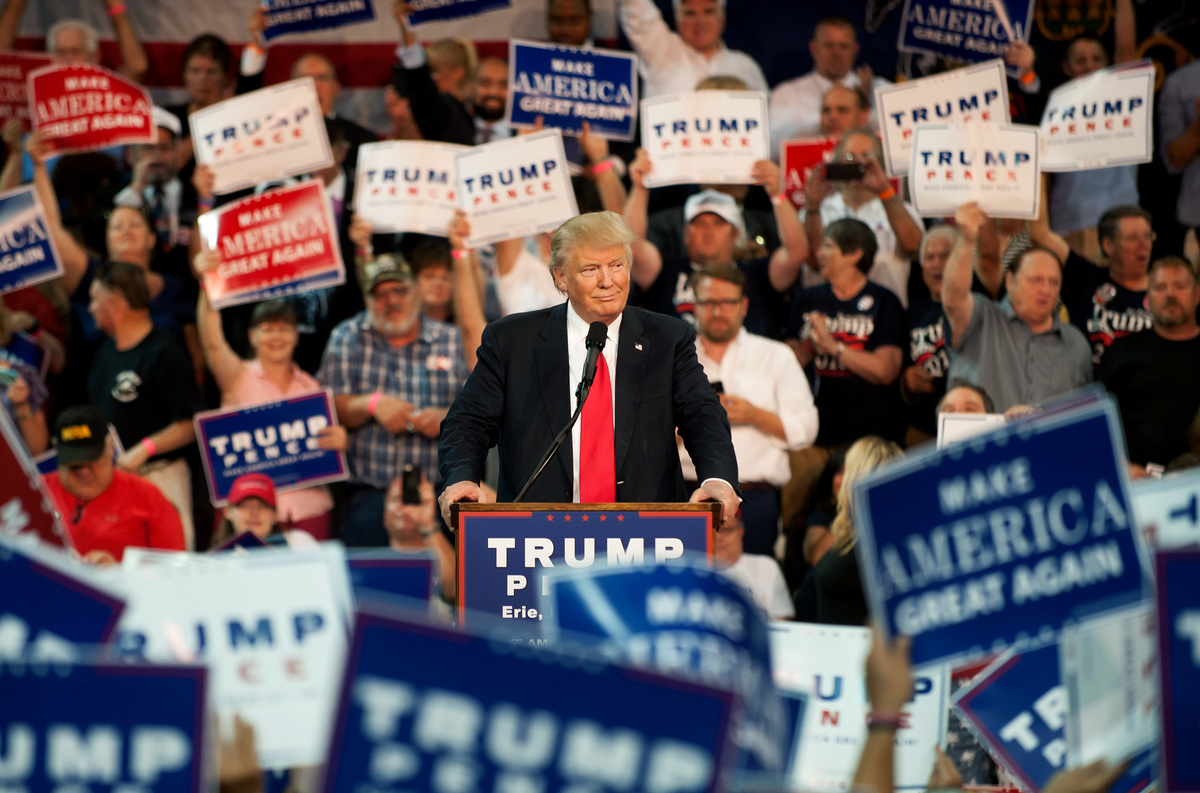 It's a line that draws thunderous applause at Republican presidential candidate Donald Trump's campaign rallies, one that can sometimes even bring the crowd to its feet: Let's bring back America's lost manufacturing jobs.

How Did Trump's and Clinton's Economic Policy Speeches Compare?

And is there any question why? The United States has lost nearly 5 million manufacturing jobs since 2000 alone, hollowing out factory towns all over the country and leaving countless working-class Americans struggling.

Getting those jobs back is a goal that politicians of all stripes eagerly line up behind. But the plain truth is that, legally speaking, there's not a lot that Trump or any other president could do to bring those jobs back, without an act of Congress.

Presidents simply don't have the power to tell companies whom to hire or where to manufacture, says Jeffrey Bergstrand, professor of finance at the Mendoza College of Business at the University of Notre Dame.

"Firms are going to make the decisions for their shareholders. If he wants to do this, he is going to have to use government institutions and laws to restrict the decisions of firms," Bergstrand says.

And it's not at all clear Congress would support such an effort.

What presidents can do is try to make it tough for companies that ship jobs overseas to make money in the United States, by imposing tariffs on their products. Trump has often talked about doing so.

At a rally in Pennsylvania last Friday, Trump talked about slapping heavy tariffs on the air conditioners made by the Carrier division of United Technologies, which recently decided to move part of its Indiana manufacturing operations to Mexico.

"Every single unit you make that crosses our now very, very strong border, we're going to charge you 35 percent of the cost of that unit," Trump told the crowd.

He has also talked about imposing even larger tariffs on goods imported from China.

Presidents do have the power to impose tariffs unilaterally in the interest of national security, although it's rarely been done, says Chad Bown, senior fellow at the Peterson Institute for International Economics.

The last time was in 1971, when President Nixon imposed a surcharge on imports to prevent a run on the dollar after the U.S. went off the gold standard.

Bown notes that just because a president can impose tariffs doesn't mean doing so is a good idea.

"We would lose the tens of billions a year in soybean exports we send to China, and corn and wheat and autos, and all of the people that work in those sectors now all of a sudden are going to be losing their jobs," Bown says.

Such a move would almost certainly invite retaliation by other countries, hurting U.S. companies that export.

"China's going to respond by raising tariffs on us and restricting goods," Bergstrand says. "Then other actors and other countries around the world are going to start raising tariffs. And that's actually what pushed the world economy ... into the Great Depression."

The long-term ramifications of a tariff war would be hugely disruptive to businesses all over the world, casting a pall over the entire superstructure of international trade.

"If I'm running a business and it's unclear to me if Donald Trump is going to allow me to be able to import parts and components to allow me to make my particular good, I don't know what to do," Bown says.

"In the end, because we're all tied together, what's going to happen is there's going to be a huge reduction in demand for goods and services, and it's going to cut off the entire global supply chain of economic activity," Bergstrand says.

Presidents can take a lot of steps to make it easier for companies to manufacture domestically, by addressing tax and regulatory reform, for instance, says Aric Newhouse, senior vice president of policy and government relations at the National Association of Manufacturers.

He says presidents can also open talks with foreign countries to encourage them to open their markets to U.S. goods.

"It's really, unfortunately, not one magic bullet," Newhouse says. "It's not, if you do this one thing, manufacturing is going to come back to the United States. You have to do a little bit of a lot of things."

But such efforts would take time, and even if they succeed, they won't necessarily mean the return of a lot of jobs.

The common perception is that manufacturing jobs have disappeared because they've been sent to low-wage countries in Asia and Latin America. The truth is that a lot of work has been lost to automation.

U.S. manufacturers have become a lot more productive and simply don't need as many workers as they once did, Bown says.

"It's a lot more robots and computer equipment and many, many fewer people," Bown says. "So what you see is, there still is, even today, a lot of manufacturing activity in the United States. It's just done with many, many fewer workers."