Accessibility links
Is 'Rural Resentment' Driving Voters To Donald Trump? The rural-urban split is one of the biggest demographic stories of the 2016 election. 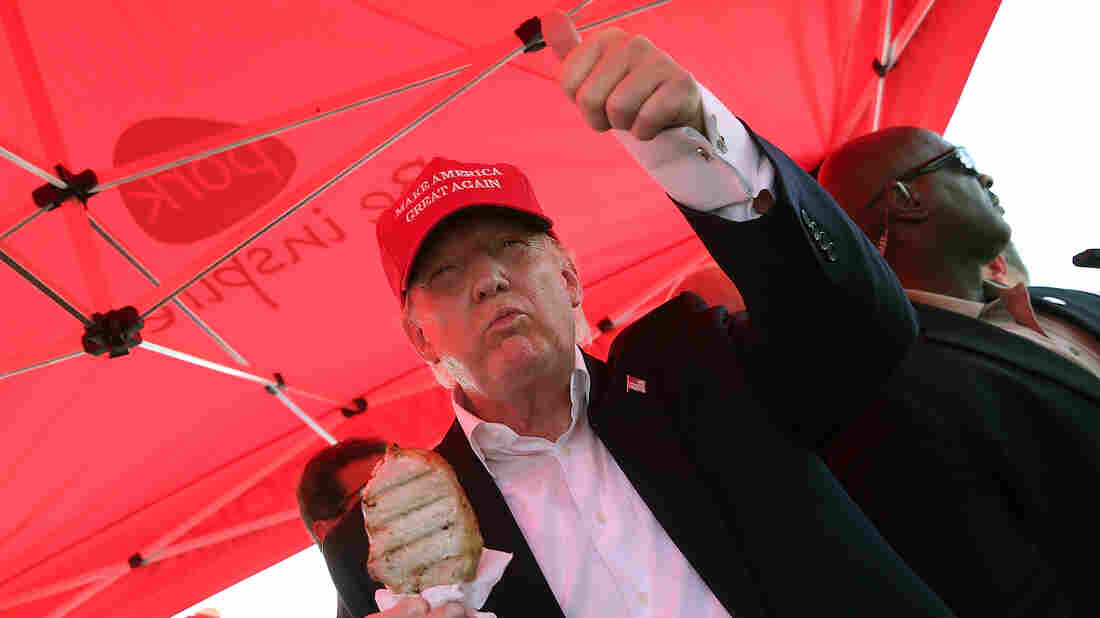 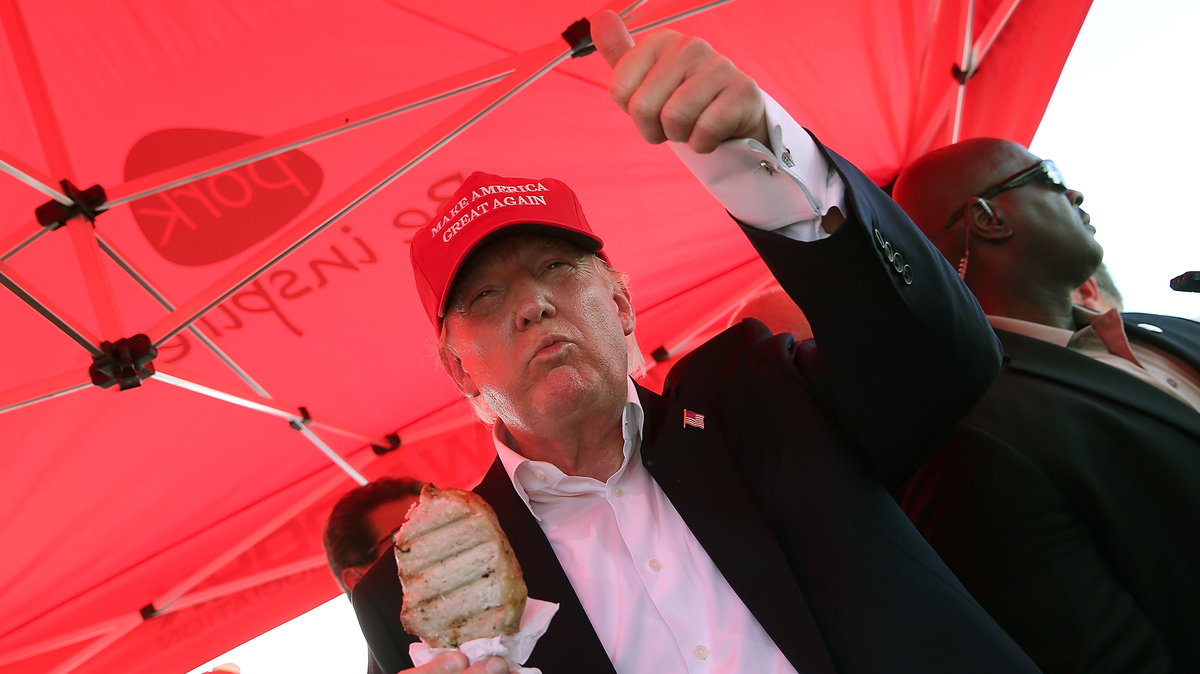 An August presidential poll out of Virginia shows the heightening of a long-existing trend: There is a big, big rural-urban split in the battleground state.

The rural southwest area is heavily in favor of Donald Trump, the Washington Post/ABC News poll found, while the DC suburbs are by far Clinton country.

And this rural-urban divide persists nationwide. Hillary Clinton led Trump by 26 points in urban areas in a recent poll, also from the Washington Post. But in rural areas, Trump led Clinton by 20 points.

This phenomenon isn't new — in fact, the latest poll numbers look a lot like the exit poll figures from 2012's presidential race. Four years ago, Obama won urban areas by 26 points, according to exit polls, while Romney won rural areas by 20 points.

In fact, if you line up U.S. counties from most urban to most rural there was a nearly uninterrupted sort of gradation effect to how people voted in 2012.

And this shows one major aspect of how Obama won — urban areas have way more people (duh). Here's how that above gradation breaks down when you look at those urban-to-rural counties by population size:

Rural voters heavily lean toward supporting Trump, so it's no surprise that the stats that describe America's rural areas also happen to describe Trump supporters quite well. Trump does particularly well among older, white and non-college-educated Americans.

All these stats might make it seem that it's demographics that cause rural voters to choose Trump, or other Republican candidates: that there's something about being white or about being older or not having a college diploma that makes a person vote for him, and that those people also just happen to live in rural areas.

Or, perhaps, that there's something about being conservative that makes a person choose a rural area. That may be true — Pew has found that (for whatever reason) people who are conservative prefer places where the population is more spread-out, while liberals prefer denser neighborhoods.

But as one researcher argues, living in a rural area by itself shapes a person's politics, and can particularly drive a voter toward Trump.

"There's this sense that people in those communities are not getting their fair share compared to people in the cities," said Katherine Cramer, a political science professor at the University of Wisconsin who studied how Gov. Scott Walker appealed to rural voters.

Cramer has labeled these intense, negative feelings against people in the cities "rural resentment." For example, Cramer said that rural people perceive (rightly) that their kids don't have the same opportunities as kids in some suburban and city schools, like AP classes.

Journalists and political science wonks have expended a lot of energy this election trying to figure out what is driving voters to vote for Trump. Some voters' affinity for authoritarianism is one theory.

Generalized "economic anxiety" has also been a popular explanation throughout the election, though a recent Gallup paper cast doubt on the idea that Trump voters are unusually plagued by low incomes or adverse effects from trade or immigration. That study, however, showed that Trump voters do come from areas where intergenerational mobility is low, and where white mortality rates are higher (and those mortality rates have climbed in rural areas, in particular).

Racial resentment is another popular theory — this week, Vox's Matt Yglesias pointed to it as the main driving factor.

But it may be that trying to narrow voters' support for Trump down to one primary driver doesn't make sense. For her part, Cramer describes the rural voters she has spoken with as having a "basket of resentments." Voters in both rural and urban settings can have economic and racial resentments, she said, but for some rural voters, resentment can also be geography-specific.

"Many voters have racial and economic resentments, but the thing that surprised me in my research was how common it was for people in small towns to talk about these resentments with reference to their towns," she said.

They feel like their communities are dying, and they perceive that all that stuff — the young people, the money, the livelihood — is going somewhere, and it's going to the cities.

Bound up in that rural resentment toward cities, she said, there can be a variety of grievances — for example toward government (much of which is focused in large cities), as well as liberal, city-dwelling professionals.

So how does a politician harness this rural resentment? In an April column, Cramer pointed to how Walker appealed to rural voters by talking about getting their roads fixed, as opposed to spending on high-speed rail between big cities. Walker also ran against government and public employees in Wisconsin. Those workers often were higher-income than their peers, and with more generous benefits, so for non-public sector workers in rural communities, that was another source of resentment.

"The resources, the people, the respect seem to be going somewhere else, or to other types of people, and here comes someone who says 'You're right, you're not getting your fair share. It's going to people who aren't deserving, and you vote me in and we're going to make America great again," she said.

It doesn't help that rural areas are in decline, thanks to cities. Many older rural Americans have watched as their children got college diplomas and moved to cities, making for dwindling populations. Trump's nonspecific promise to bring America back to some nonspecific point when it was "great" works because it can mean anything to any voter — and to people in rural communities, it may signal a promise to go back to a time when their communities were thriving more.