Accessibility links
Pop Culture Happy Hour: 'The Get Down' And What's Coming In TV Brittany Luse and Kiana Fitzgerald join the roundtable for a chat about Netflix's The Get Down and what Linda Holmes learned at the annual Television Critics Association press tour. 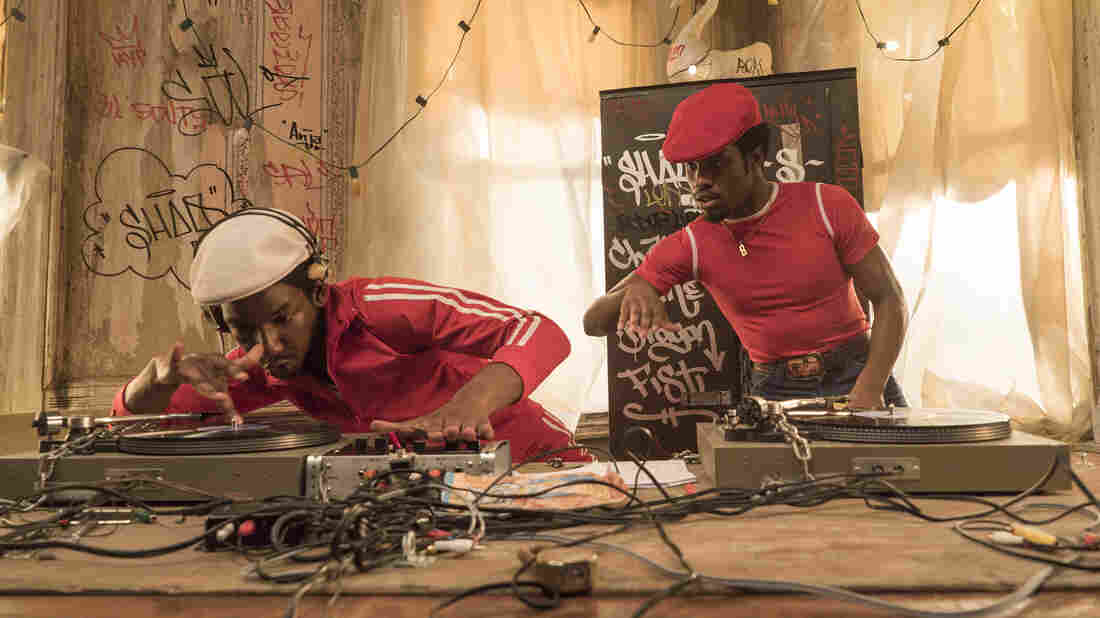 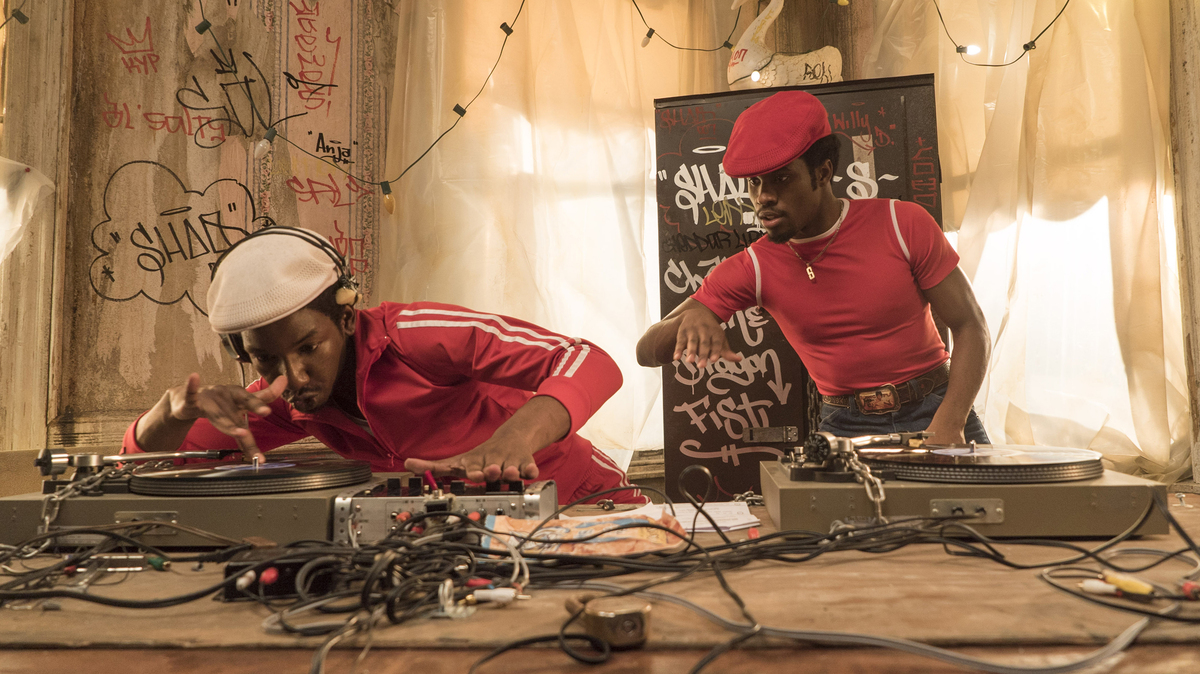 Grandmaster Flash (Mamoudou Athie) and Shaolin Fantastic (Shameik Moore) on The Get Down.

The only thing more delightful than being back with my PCHH team this week is that while Glen Weldon takes a week off, we're joined by our former sometimes-producer Kiana Fitzgerald, who's also a DJ and writer and wonderful Twitter follow, as well as Brittany Luse, who hosts Sampler over at Gimlet Media and hosts the fabulous For Colored Nerds podcast with Eric Eddings. (Note that if you enjoy Kiana and Brittany, you should know they also did an episode of Sampler together.)

We got together first to discuss the new Netflix series The Get Down, which dropped the first six of its eventual twelve episodes earlier this month. From some of the terrific young actors to the presence of Grandmaster Flash (both as a real guy and as a fictional character) to the big budget and how much it shows on screen, we have lots to talk about.

Then, I bring a report from press tour, the annual "TV summer camp" meeting of the Television Critics Association, where I attended about 125 panels (!!) about new shows, the direction of networks, and lots more. Included in this segment along with my thoughts are a few words from Mo Ryan (whose Variety piece touched off a big press tour story about FX), Melanie McFarland, and Alan Sepinwall. Thanks to all those terrific critics for talking to me, of course.

As always, you can find us on Facebook or follow us on Twitter: the show, me, Stephen, Brittany, Kiana, producer Jessica, and producer emeritus/music director/pal-for-life Mike.