Accessibility links
Songs We Love: Battle Trance, 'Blade Of Love I' An unusual quartet of tenor saxophones delves into the connections between body, breath, sound and creation with a fierce and unyielding spirit.

Battle Trance, 'Blade Of Love I'

Songs We Love: Battle Trance, 'Blade Of Love I' 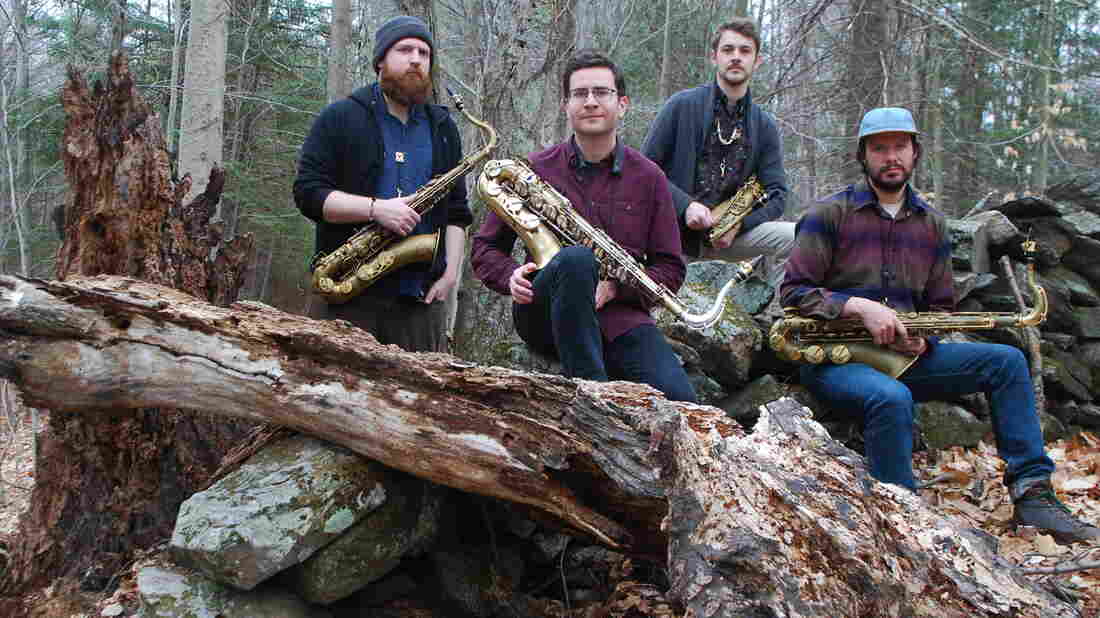 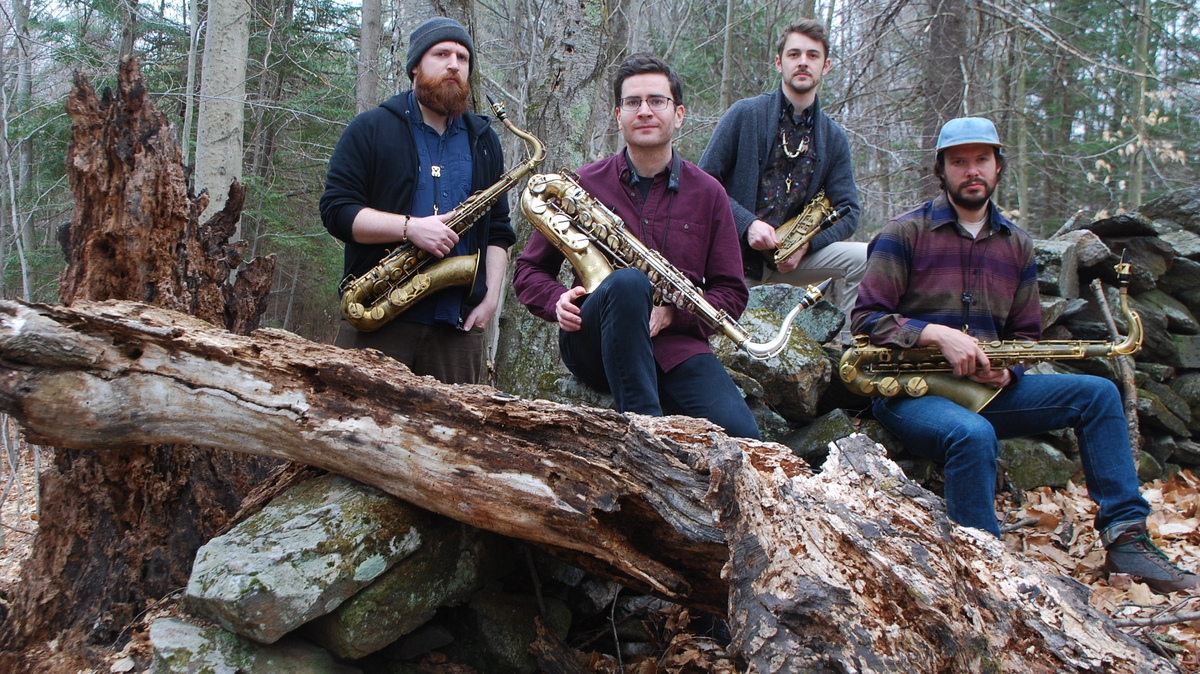 Any musician can tell you that there is a profound connection between the breath and making music. There's the physical action, of course — one makes the other possible — but there are also the metaphysical bonds between breathing and creating. This connection has been acknowledged and honored since time immemorial: Think of the Latin word spiritus, for example, which means, quite literally, both "breath" and "spirit." Or, to turn to another tradition: One of the great, ancient Hindu sacred texts, the Mandukya Upanishad, teaches that the syllable "om" represents, in its four distinct elements (a-u-m-silence), the entire universe. "A" is the initial act of creation; "u," sound resonating and coming into consciousness; "m," sound turning inward as the lips close and the body hums with vibration; and, finally, there comes silence, which is just as integral as sound.

Apart from singers, perhaps no musicians feel that interdependence between breath, music and creation as keenly as wind and brass players. The unusual quartet Battle Trance — comprising four wildly talented tenor saxophonists in leader Travis Laplante, Patrick Breiner, Matt Nelson and Jeremy Viner — makes that meeting place the heart of its new album, Blade Of Love, which the group calls an exploration of "the physical and spiritual intersection of the saxophone and the human body." The album is a recording of Laplante's three-part composition of the same name; here, we hear the work's first section, "Blade Of Love I," which references very old music and plunges deeply into very new sounds.

As visceral and inventive as Laplante's writing can be, and as rigorously as he puts his quartet through its paces using extended technique, he also leads his players — and listeners — through a study of sonic contrasts. The piece opens with a sustained, nearly two-minute blast of sound that fairly shakes the listener out of complacency; from there, the musicians shift away from their instruments into cooed chanting that is not unlike medieval polyphony, then retreat into overlapping textures of voice and reeds that call to mind the collaborations between Norwegian saxophonist Jan Garbarek and the British vocal quartet the Hilliard Ensemble.

And yet, Laplante brings Battle Trance somewhere apart from those dreamscapes: on the whole, somewhere more emotionally forceful, less ethereal and far blunter, even when the composer draws his players into tender quietude before casting them into lapping circles of ostinatos and fiendishly difficult flurries of notes. This is a fierce piece, and one that demands attention.

Blade Of Love comes out Aug. 26 on NNA and New Amsterdam.