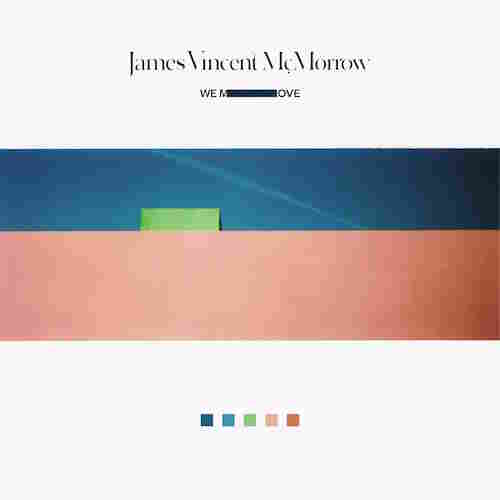 The strain of 21st-century neo-soul that helped close the gap between the likes of Bon Iver and Kanye West has a formidable new ambassador in James Vincent McMorrow. A dewy Irishman with a falsetto-flecked voice and a past haunted with songs played on acoustic guitars, McMorrow gives himself an impressive makeover on an album propelled by the encouraging calculus of post-genre collaboration.

The Dublin artist's list of direct and indirect connections — he's worked with Drake, as well as producers and engineers who had a hand in the sounds of West, Rihanna and Timbaland — signal part of what We Move has to offer. As a testament to more than just credit-by-association, however, McMorrow's third album presents an artist more than ready to command attention on his own. The masterful "Rising Water" opens with an expansive blast of emotive pop, streaked with vaguely '80s signifiers like electronic drums and synth bass — plus piano, which adds pining depth that proves devastating with just a few notes enlisted. "You make me feel alive in spite of rising waters," McMorrow sings, clearly to someone once adored but no longer around.

"Evil" (produced by the Englishman Two Inch Punch) scales up to plumb despondent emotional depths — "I'm a mess / Still better than a wreck / This used to work for me / Now I can barely stand" — before finding apparent reclamation in a rising quasi-gospel mode somewhere between an epic rap ballad and an EDM song. At the center lies a voice that can navigate lots of different aural terrain, while the music around it sounds stylistically adventurous in its own right.