Accessibility links
The Obama's First Date Unfolds In 'Southside With You' Based on the real story of Barack and Michelle Obama's first date, Southside With You follows two young idealists through a day together without relying too heavily on winks at their future.

The First First Date Unfolds In 'Southside With You'

The First First Date Unfolds In 'Southside With You' 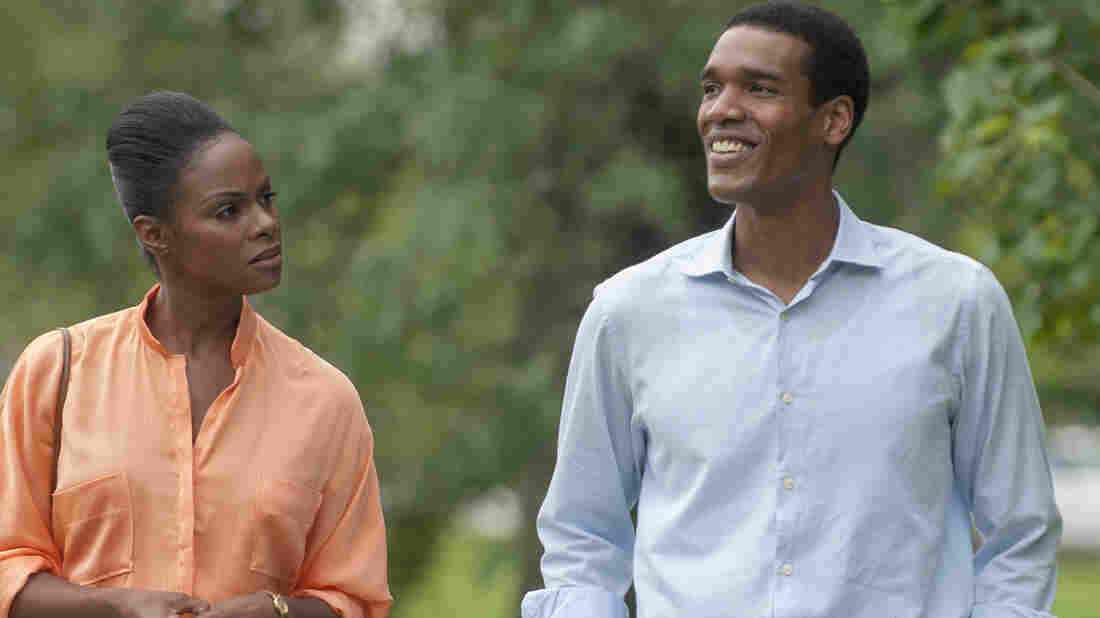 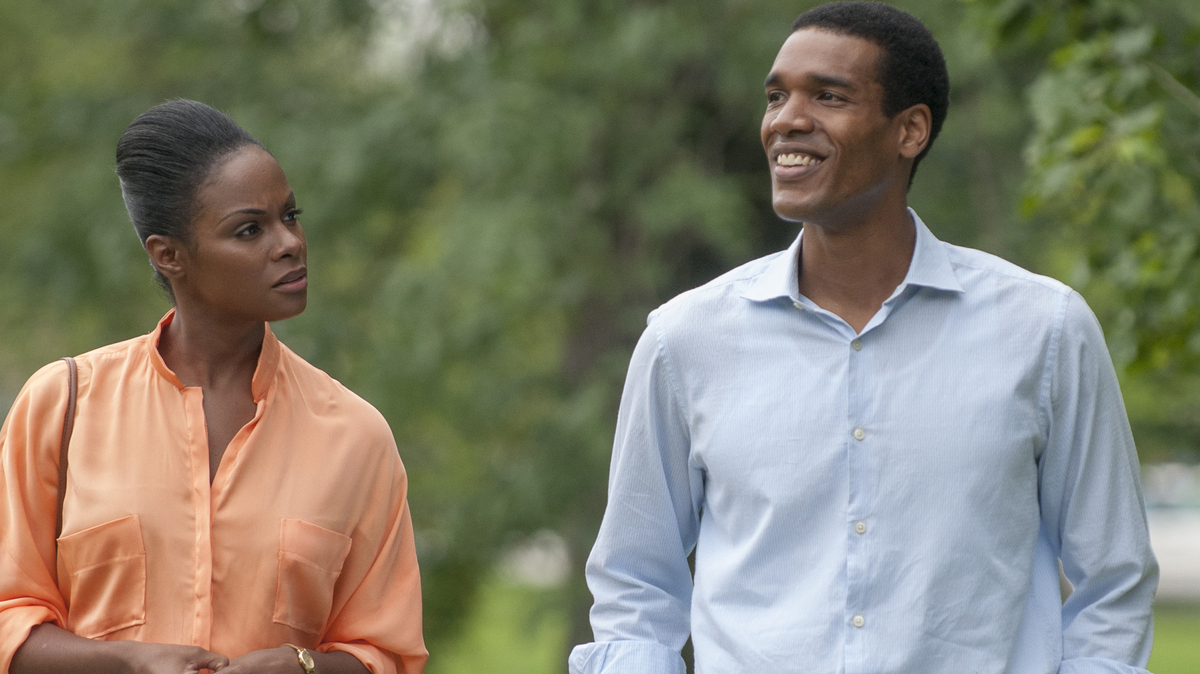 In Southside With You, Michelle Robinson (Tika Sumpter) and Barack Obama (Parker Sawyers) embark on a long first date.

Two attractive young idealists named Barack and Michelle tour a Chicago full of hope together in Southside With You, a date movie about the First First Date. It's summer 1989, and neither of the future Obamas has any inkling what's in store for them (even though the script they're inhabiting does). All these two Ivy League grads know is that Michelle Robinson is Obama's adviser at a corporate law firm and he's finagled a chance to spend the day with her, from an afternoon at the Art Institute of Chicago, to that now-famous evening showing of Do the Right Thing, to an epic nighttime smooch outside Baskin-Robbins.

The broad beats of the movie are factual: The Obamas' first date really was the kind of day that unfolds so it can later become myth. Today there's a plaque commemorating that kiss on 53rd and Dorchester. So it's unavoidable that writer-director Richard Tanne turns Southside into the movie version of a plaque. The film etches itself in stone. Its two leads, while just getting to know each other, speak with remarkable candor about their pasts and insight into their futures. Michelle stumps on how her father, who had multiple sclerosis, worked every day for the city water plant so she could go to college; Barack, who says his own father's life was "incomplete," hints he might like a future in politics. "You definitely have a knack for making speeches," she tells him. "Oh, ho ho," replies the audience.

So yes, it's rib-pokey. Still, the film works, because it is continually awed by its own existence; specifically, the fact that two young black people exploring Hyde Park in 1989 will lead the Free World in 2008. The opening sequence introduces each figure in exposed, unremarkable moments: Michelle in a bra as she gets dolled up for what she insists is not a date; Barack in a white undershirt, lounging in front of a twirling fan with a book and a cigarette. Later, he will drive his rusted yellow Datsun through the modest bungalows and patchy concrete of the South Side to her house, children playing in the street as the radio blasts the smoking synth beats of Janet Jackson's "Miss You Much." Black sounds, black lives: This, in living color, is a new kind of presidential origin.

WATCH: In Conversation With Oprah, Michelle Obama Tells Men To 'Be Better'

Tanne has an exemplary First Couple in his two leads, Tika Sumpter and Parker Sawyers. Instead of going for easy impersonations, Sawyers (who's done mainly bit parts) and Sumpter (from Gossip Girl and the Ride Along series) are approximating loose versions of the real things: what they embody most isn't Obama-ness, but youth, ambition, and the caution that comes with being black as well as those things. They borrow some physical tics, notably Michelle's hyper-precise diction ("oh-pinion") and Barry's confident strut and hand gestures. But you won't hear a "Let me be clear" or any of the familiar halting vocal impressions from sketch comedy. Instead, there is a feeling that these two are learning how to speak around each other for the first time. Crucially, they generate real romantic chemistry with their sidelong glances and ever-closer inching together of their bodies.

This is true even when the script fails them, as it does in a long, heavily invented middle sequence where Barack takes Michelle to his old community organizing haunt (his impetus for spending the day together). The passage, which climaxes with him giving a rousing church sermon to black folk trying to get the city to approve a new community center, is too obviously staged as a Community Organizing 101 lesson, and Barack's dialogue is improbable; why talk about "different states, different people" and "making these states united" when you're trying to break ground on a local building?

Anyway, it's not a church full of cheering South Siders that convinces us of the future president's oratorical skill. It's the subtler scene at the movie theater, after he and Michelle have just been devastated by Spike Lee's prescient vision of a policeman choking Radio Raheem to death. A white partner at the firm who also happens to be at the theater asks the question every white person does the first time they see Do the Right Thing. And Barack, showing off the kind of ideological code-switching that will later win him the White House, deftly offers a rationale that, he admits later, was meant only to satisfy that person.

Obama's critics will find little reason to watch a movie humanizing him, even though the film has more to say about Gwendolyn Brooks and Good Times than any specific policy, and owes more of a debt to Before Sunrise than, say, Lincoln. But Southside With You has a claim to relevance for anyone who was moved even a little bit by the inauguration, or, almost 20 years earlier, by Do the Right Thing. The film is an effective illustration of what it means to take inspiration from your environment, and to turn that into a force for change.