Accessibility links
Donald Trump Is Trying Black And Latino Outreach And It Might Be More About Whites The Trump campaign is doing a lot of outreach to black and Latino communities, but he is underperforming most with the group he is supposed to appeal to most — whites. 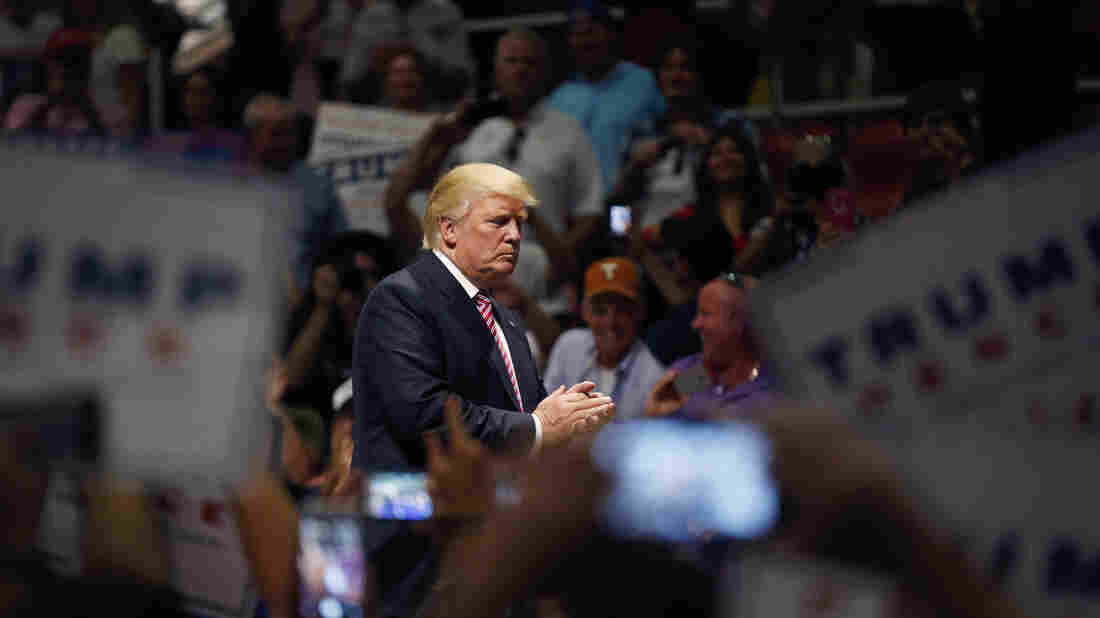 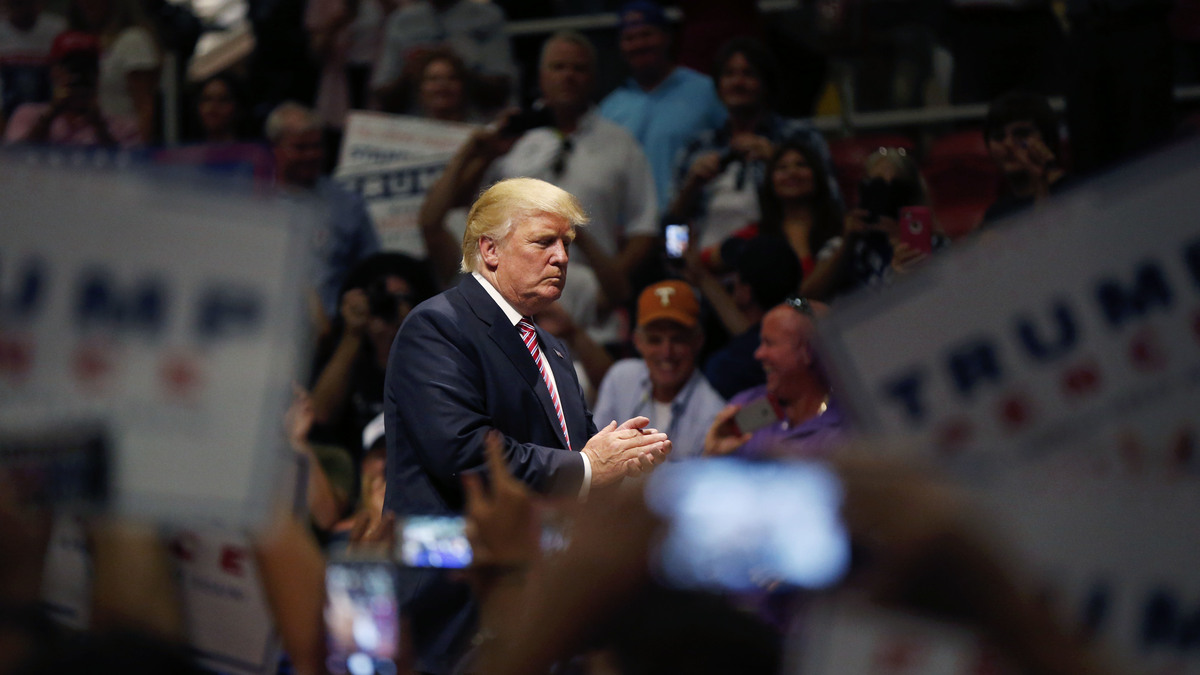 Republican presidential candidate Donald Trump at a rally in Austin, Texas, on Tuesday.

Since the two parties' conventions, he has plummeted in the polls — both nationally and in the states.

For Many Black Voters, Trump's 'What Do You Have To Lose?' Plea Isn't Enough

For Many Black Voters, Trump's 'What Do You Have To Lose?' Plea Isn't Enough

That's why there's been a concerted effort in the Trump campaign to reach out to black and Hispanic voters, even if it's been poorly received by many nonwhites.

But the outreach might not be entirely to gain the support of minority voters, who are deeply skeptical of Trump and indicate they are supporting Hillary Clinton overwhelmingly.

It might be aimed, in large measure, at white people, in particular suburban whites with college degrees. You know, people who traditionally vote Republican. They might be persuadable, given their past voting history, but they don't want to vote for someone who is viewed as a racist or a bigot.

So his campaign is trying to change that. Trump has been speaking specifically about black voters at multiple events over the last week or so (though in front of predominantly white crowds) in Wisconsin, Ohio, Texas and Florida. He held an event Wednesday night in Jackson, Miss., where 4 in 5 residents are black.

That outreach continues Thursday at an event at Trump Tower, where black and Latino leaders are supposed to join Trump. And there will perhaps even be a tour of Detroit led by Ben Carson, who grew up there, in early September.

But how can it be, that Trump has a white people problem? Isn't he supposed to be the candidate who appeals squarely to whites?

Let's take a look at the polling. What it shows is that Trump is underperforming with whites compared with Mitt Romney's performance in 2012: 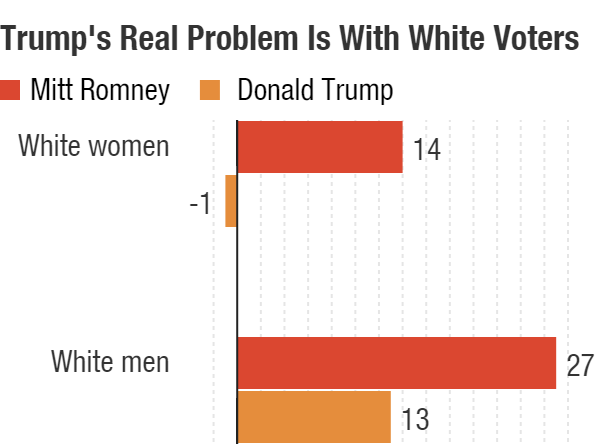 Trump, in the latest NBC/Wall Street Journal poll released this month, is down a point with the group, 43-42 percent.

That's a 15-point shift. No Republican can afford that.

Trump is supposed to drive up the score with white men. But, according to NBC/WSJ, he's only up 13 points (49-36 percent), far less than Romney.

And, let's remember, Romney lost in an electoral landslide to President Obama.

What's stunning about this is that Democrats have never won a majority of white voters with college degrees since exit polling began in 1976. 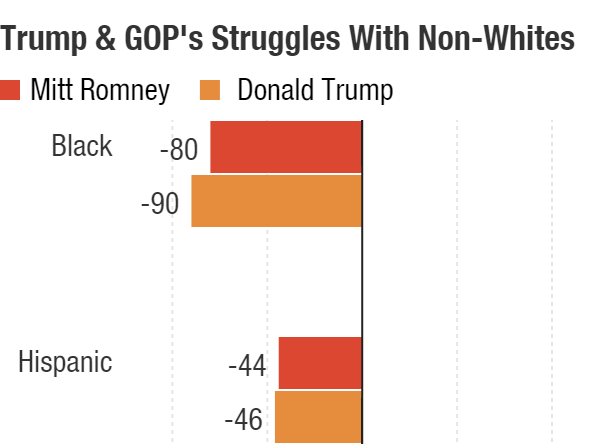 Yes, Romney lost by big margins with nonwhite groups, too, but white voters made up 72 percent of the electorate in 2012 (likely to be slightly less this year.) Trump's campaign has to think there's nowhere to go but up with minority voters — except, right now, Trump is doing worse (or almost similarly bad) with both African-Americans and Latinos also.

Maybe Trump's outreach to minorities can change his standing somewhat with those groups. But an important group he needs to reach are those white voters, who should be traditionally open to voting Republican but are not behind him right now.

That's a point Republican pollster Whit Ayres made as well this week to the Washington Post.

"After 15 months of denigrating every nonwhite minority in sight, it's hard to believe that he can actually do significantly better among nonwhites," said Ayres, who wrote the book 2016 and Beyond: How Republicans Can Elect a President in the New America. He joined Marco Rubio's campaign as his pollster. "But he may be able to soften his image a bit with some Republican and maybe a few independent whites who have been put off by his harshness thus far."

But this is a big hole to climb out of in less than 11 weeks.