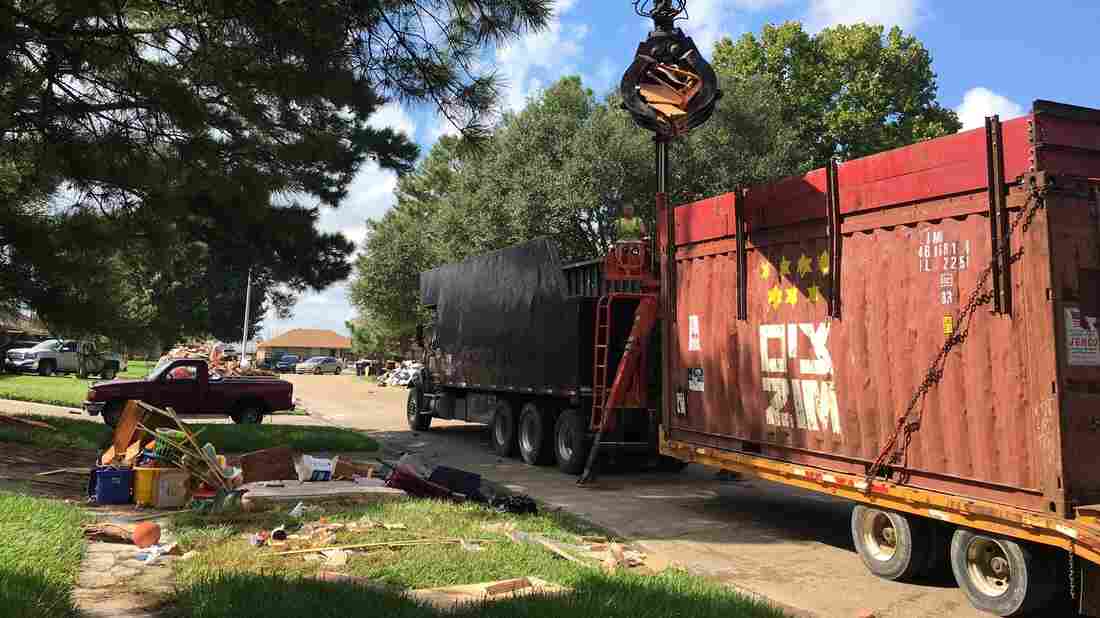 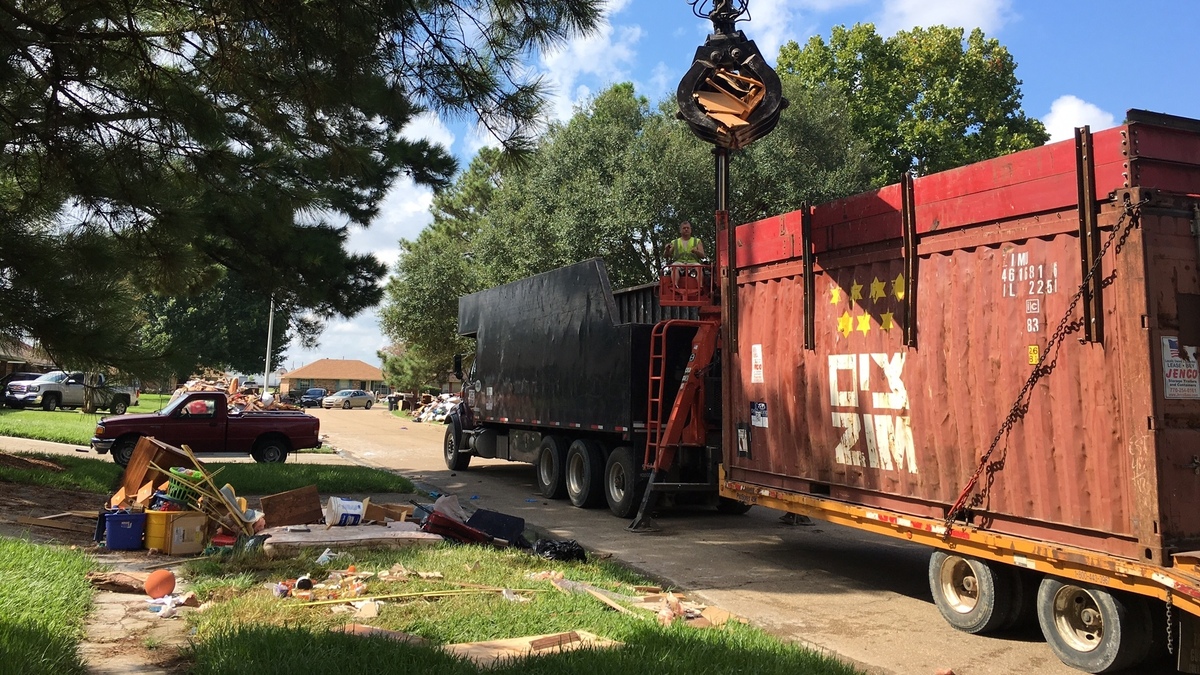 Enormous trucks from all over the country are rolling down highways toward Baton Rouge, La.

When they get to town, their task is to clear neighborhoods where streets are lined with trash from last week's massive flood.

Baton Rouge contracted with DRC Emergency Services to handle disaster response when the floods began last week. It started out rescuing people in boats, and now that the boats are docked, trucks are coming in to handle the cleanup.

Kurt Thormahlen of DRC Emergency Services tells NPR's Ari Shapiro the flooding in Louisiana is different from other disasters because nobody saw the storm coming.

"This is much worse than I think has been reported, honestly," Thormahlen says. "It's pretty bad, and I think that as the water goes down some of the other parishes will see the destruction is higher than anticipated. ...

"We started here on Saturday of this week, and picked up 12,000 cubic yards [of debris] yesterday. I anticipate probably 60 to 90 days here in East Baton Rouge of just debris removal."

Use the audio player above to listen to the full story.