Accessibility links
What You Need To Know About The Alt-Right Movement Hillary Clinton blasted Donald Trump for aligning with the "alt-right." But what exactly is the movement? 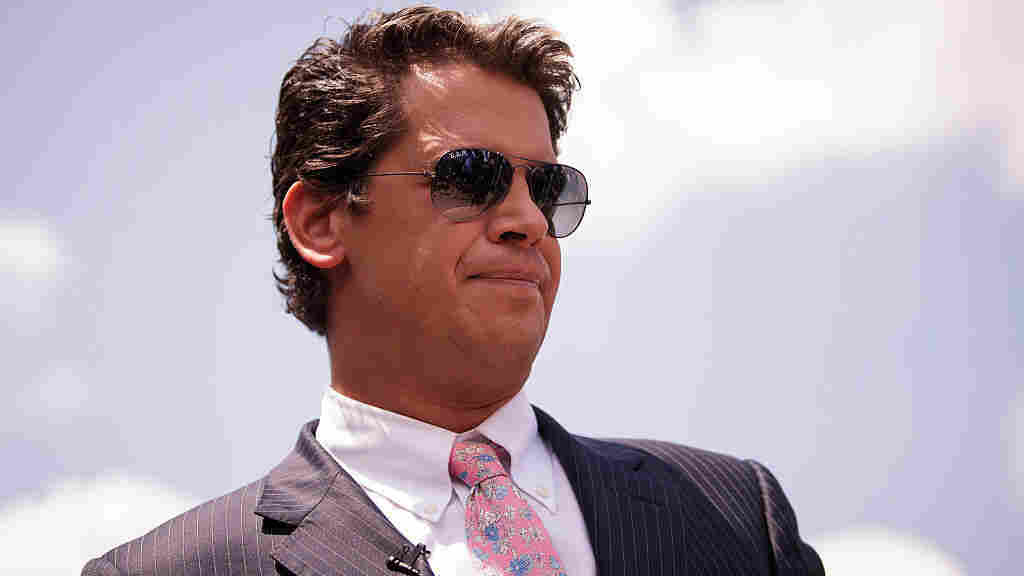 Breitbart's Milo Yiannopoulos, a self-proclaimed leader of the movement, co-wrote a manifesto of sorts about what the alt-right believes. Drew Angerer/Getty Images hide caption 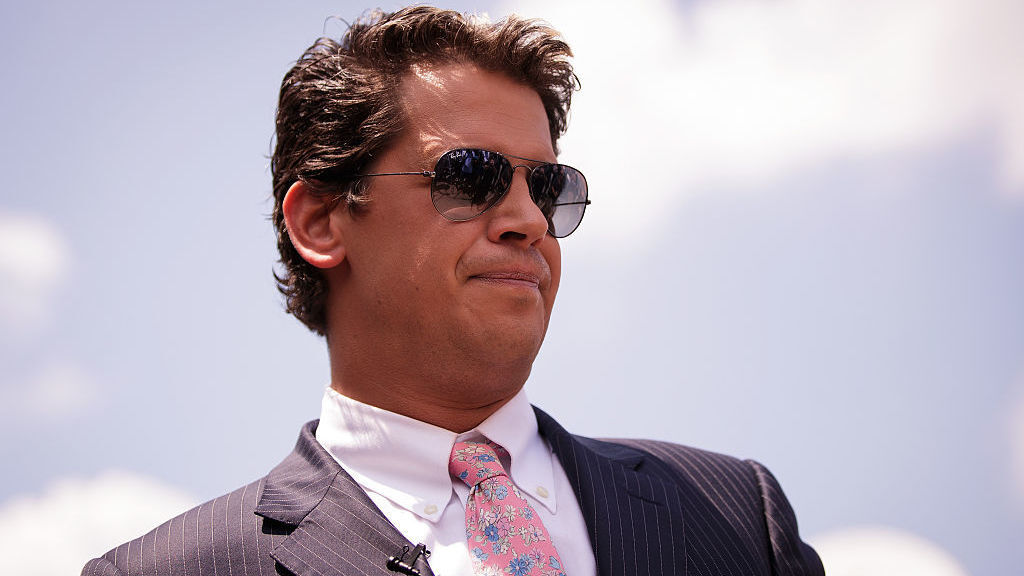 Breitbart's Milo Yiannopoulos, a self-proclaimed leader of the movement, co-wrote a manifesto of sorts about what the alt-right believes.

The presidential candidates this week accused one another of racism and bigotry, with Hillary Clinton arguing that Donald Trump's rhetoric and policies are an invitation to the "alt-right" movement.

So what, exactly, is the "alt-right"?

The views of the alt-right are widely seen as anti-Semitic and white supremacist.

It is mostly an online movement that uses websites, chat boards, social media and memes to spread its message. (Remember the Star of David image that Trump received criticism for retweeting? That reportedly first appeared on an alt-right message board.)

Most of its members are young white men who see themselves first and foremost as champions of their own demographic. However, apart from their allegiance to their "tribe," as they call it, their greatest points of unity lie in what they are against: multiculturalism, immigration, feminism and, above all, political correctness.

"They see political correctness really as the greatest threat to their liberty," Nicole Hemmer, University of Virginia professor and author of a forthcoming book Messengers of the Right, explained on Morning Edition.

"So, they believe saying racist or anti-Semitic things — it's is not an act of hate, but an act of freedom," she said.

For that reason, as well as for fun and notoriety, alt-righters like to troll, prank and provoke.

One of their favorite slams is to label someone a "cukservative," loosely translated by the Daily Caller as a cuckolded conservative, or "race traitor" who has surrendered his masculinity.

How does the alt-right movement differ from what we think of as traditional conservatism?

The movement's origins are traced to many conservatives' opposition to the policies of President George W. Bush, especially the U.S. invasion of Iraq (alt-righters are strictly isolationist).

They are also suspicious of free markets, a key tenet of conservatism, as they believe that business interests can often be in conflict with what they view as higher ideals — those of cultural preservation and homogeneity.

Two self-proclaimed leaders of the alt-right movement — Breitbart's Allum Bokhari and Milo Yiannopoulos — recently outlined a manifesto of sorts for what the group believes and who their allies are and are not. It claimed that "beltway conservatives" hate alt-right adherents even more "than Democrats or loopy progressives."

They see themselves, rather, as "natural conservatives," with an "instinctive wariness of the foreign and the unfamiliar," Bokhari and Yiannopoulos wrote.

What is Trump's connection to the alt-right?

Last week, the GOP presidential nominee announced that Stephen Bannon, chairman of Breitbart News Network, which Bannon has called "the platform for the alt-right," would be his campaign's new chief executive.

"By putting Brietbart front and center in his campaign," said Hemmer, "Trump has elevated the alt-right."

But Hemmer suspects that Trump — and all but a small fraction of his supporters — do not pledge allegiance to the alt-right movement.

Yet, the movement has embraced Trump.

"I think they are attracted to Trump [and] see him as a vessel for getting their ideas out there," Hemmer said.

Clinton is likely to continue drawing a link between Trump and the alt-right in the minds of voters.

"She's reminding those undecided voters that whatever the new moderate face of Donald Trump might be, there are the things he has said and here are the implications of the things he said and the people who he's brought into his campaign," Hemmer said.

How do alt-right leaders feel about Clinton's statements?

They seem to be loving the attention. As Michelle Goldberg wrote in Slate:

"The white nationalist Richard Spencer was on vacation in Japan when he learned that Hillary Clinton was planning to give a speech about Donald Trump's ties to the so-called alt right, and he was thrilled. 'It's hugely significant,' Spencer told me by Skype from Kyoto. 'When a presidential candidate — and indeed the presidential candidate who is leading in most polls — talks about your movement directly, I think you can safely say that you've made it.' "