Accessibility links
Felons' Rights Restored, Early Voting And Other Voting Law Changes This Week Voting laws have been getting a lot of attention recently and more twists and turns can be expected before the election in November. Here's an update on challenges that saw movement this week. 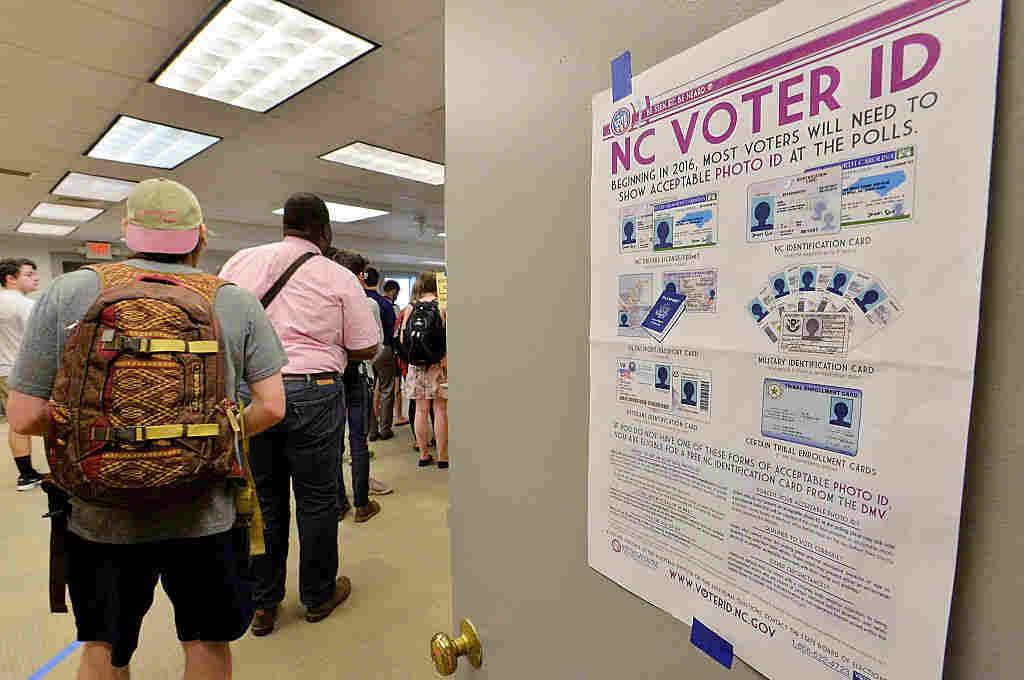 North Carolina State University students wait in line to vote in the primaries in Raleigh. North Carolina is one of several states with voting laws in front of the courts. Sara D. Davis/Getty Images hide caption 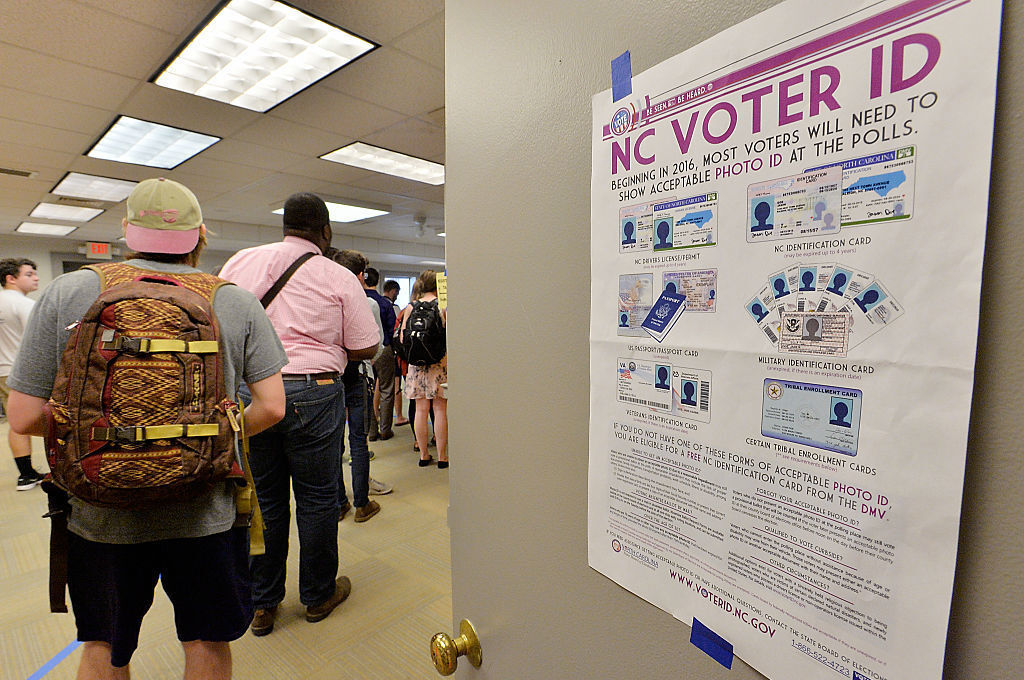 North Carolina State University students wait in line to vote in the primaries in Raleigh. North Carolina is one of several states with voting laws in front of the courts.

It's been another big week for voting laws — especially when it comes to the courts. More twists and turns are likely before the election. But for now, here's an update:

Democratic Gov. Terry McAuliffe said Monday that he has restored voting rights for 13,000 felons who completed their sentences. He did so after Republicans challenged his earlier voting rights restoration plan — and won — in the Virginia Supreme Court. The court said McAuliffe didn't have the authority to issue a blanket order restoring the rights all at once to more than 206,000 felons, as he planned. So he did it case by case for the first 13,000, those who had registered to vote after his first order was issued in April. McAuliffe says he will restore the other felons' voting rights, after their cases have been individually reviewed. Republicans say they'll be watching very closely to make sure the governor doesn't violate the court's ruling.

One win and one loss this week for voting rights advocates in the state. A federal appeals court Monday refused to block a lower court decision striking down restrictions on early and weekend voting. The state said it won't appeal, so Wisconsin voters will be able to start voting as early as late September. On Friday, the same appeals court refused to reinstate a lower court ruling that would have allowed voters without the required photo ID to vote if they signed an affidavit saying they faced a reasonable impediment getting one. The decision can still be appealed to the U.S. Supreme Court.

On Tuesday, a federal appeals court panel reversed a lower court ruling preventing the state from getting rid of a week of early voting known as Golden Week — "golden" because it allows voters to register and vote at the same time. The panel ruled 2-1 that eliminating the week would not burden Ohio voters because the state still allows 29 days of early voting, more than most other states. Democrats are expected to appeal. They note that a federal judge in May said that getting rid of Golden Week would unfairly hurt black voters, who use early voting at a higher rate than whites.

The state of Kansas on Tuesday asked a federal appeals court to allow the state to require that those registering to vote show documents proving that they are U.S. citizens. A federal judge ruled in May that some 18,000 people who registered at the state's motor vehicle offices and did not provide such documents should be allowed to vote in federal elections on Nov. 8. This is one of the more convoluted voting cases working its way through the courts, but it could have important implications for whether other states follow suit. It's not clear how soon the court will rule, and the losing side is likely to appeal. The case is far from over.

The U.S Supreme Court is expected to rule any day now on the state's request for an "emergency" stay of a federal appeals court decision striking down the state's voting law. That law included a photo ID requirement and eliminated a week of early voting. The state says the appeals court ruling could confuse voters by changing the rules too close to the election. Opponents of the law on Thursday filed a response with the high court, making the same argument. They say it will be even more confusing to voters if the Supreme Court reverses the appeals court ruling.

A previous version of this story incorrectly indicated that Ohio's "Golden Week" had been reinstated by the federal appeals court ruling. In fact that ruling did the opposite.