Accessibility links
Langston Hughes' Harlem Home May Get Its Own Renaissance — As An Art Center The brownstone is a national landmark, but it's been mostly empty for decades. In an effort to keep it from becoming another high-end co-op, a nonprofit wants to use it to preserve Hughes' legacy. 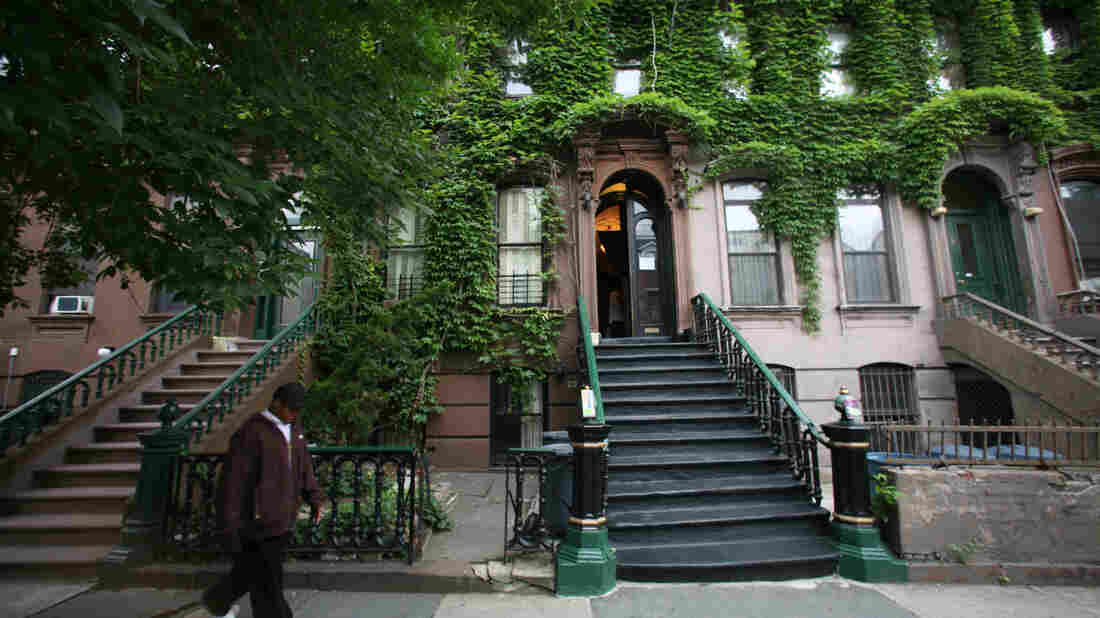 Langston Hughes lived in this Harlem brownstone for the last 20 years of his life. Now, Renee Watson hopes to turn it into a hub for artists from underrepresented communities. Bebeto Matthews/AP hide caption 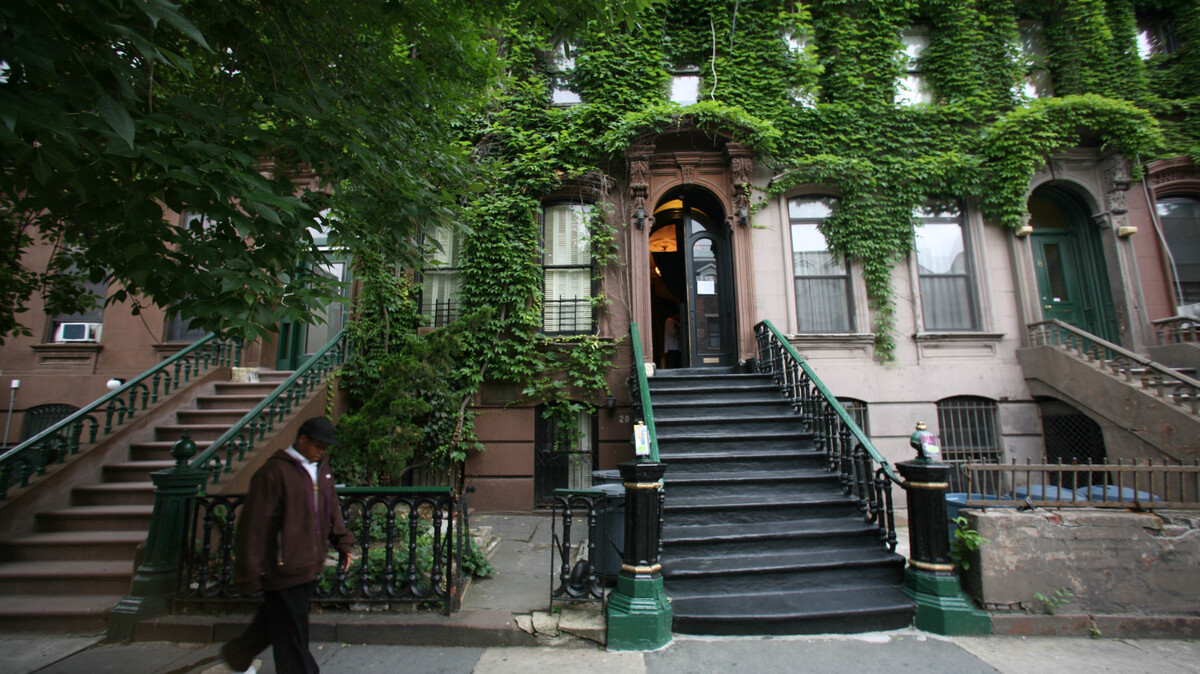 Langston Hughes lived in this Harlem brownstone for the last 20 years of his life. Now, Renee Watson hopes to turn it into a hub for artists from underrepresented communities.

In the 1920s and '30s, Langston Hughes was at the heart of the Harlem Renaissance. After the movement ended, he didn't go far: The writer moved into a brownstone on Harlem's 127th Street, where he lived for the last 20 years of his life.

The building is a national landmark, but it's been mostly empty for decades. In that time, Harlem has begun to gentrify. Now, in an effort to keep Hughes' former home from becoming one more high-end co-op, a neighborhood nonprofit is raising money to lease the building as an arts center. 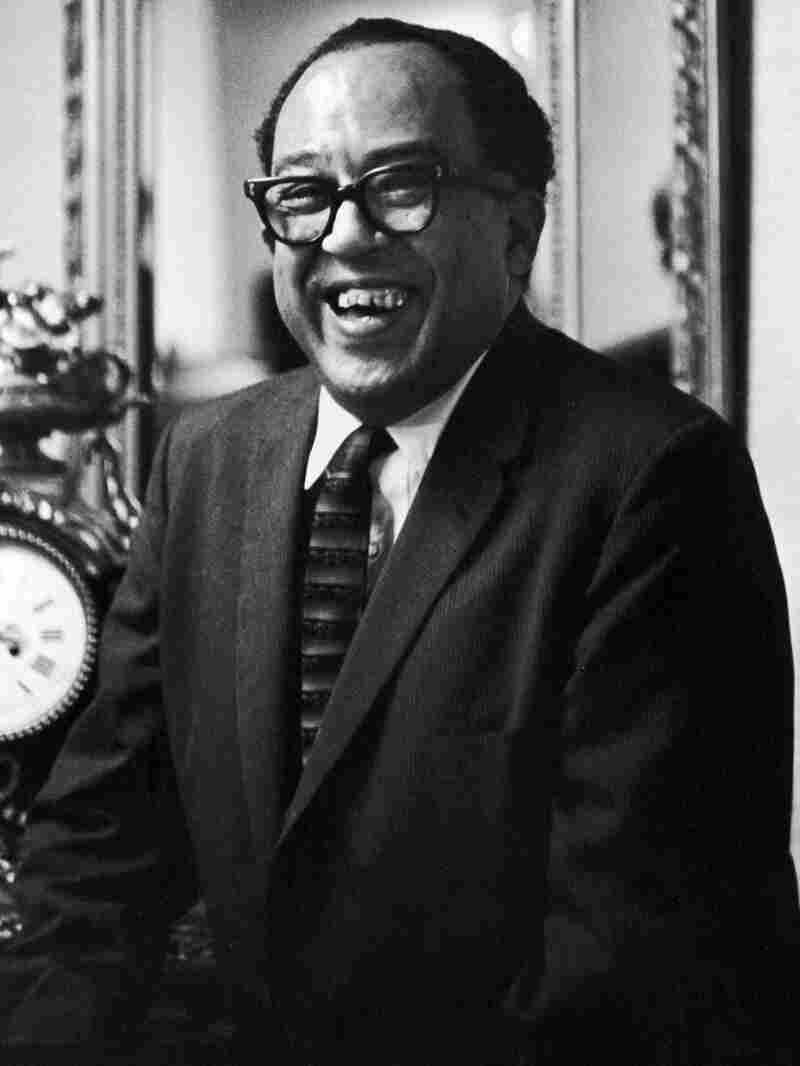 Langston Hughes is famous for poems like "Harlem," "I, Too" and "The Negro Speaks of Rivers." Hulton Archive/Getty Images hide caption 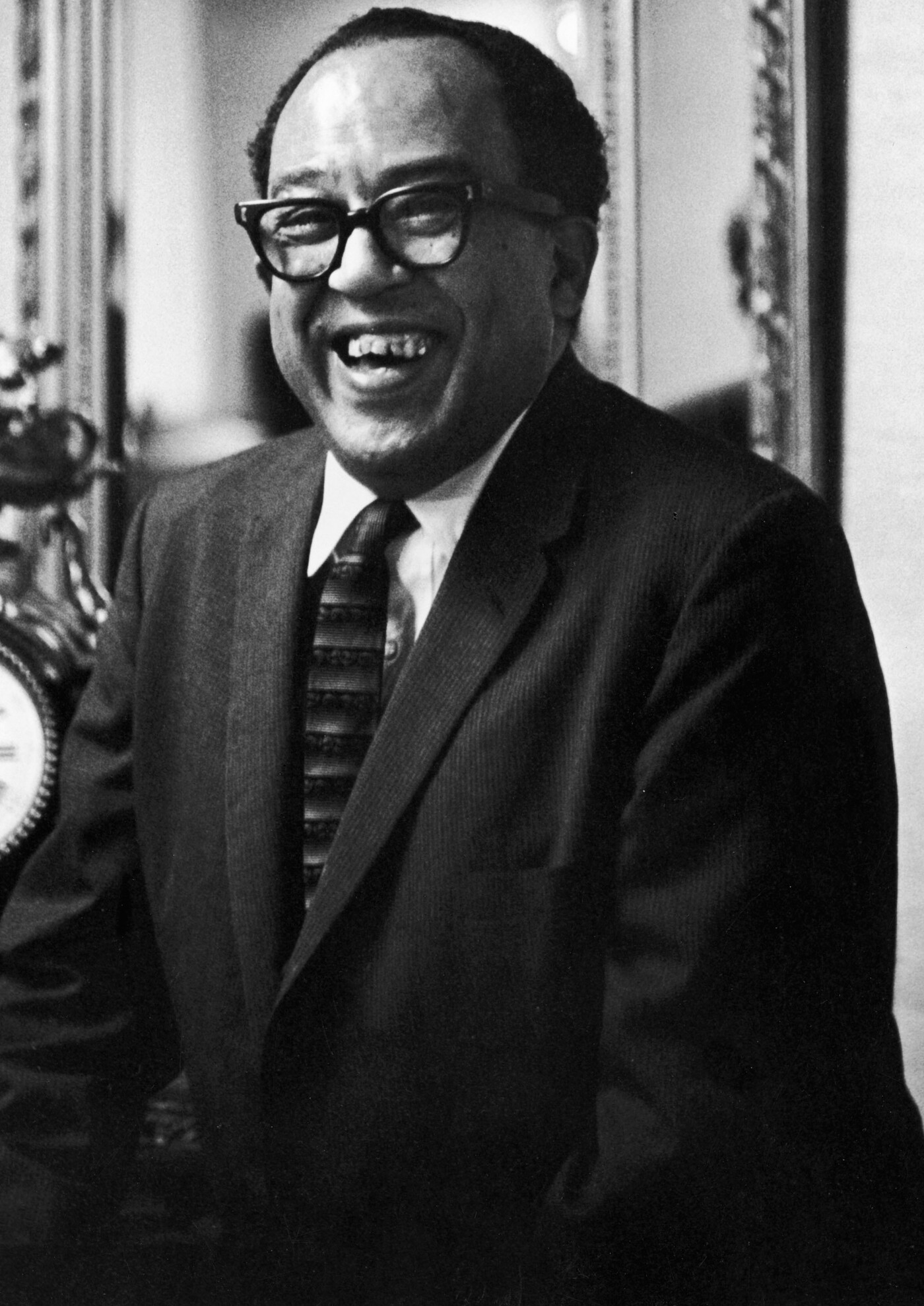 Langston Hughes is famous for poems like "Harlem," "I, Too" and "The Negro Speaks of Rivers."

"I would love to preserve Langston's legacy and build on it," says Renee Watson, a children's book author and executive director of the I, Too, Arts Collective. "I think it's important for the young people who still live in Harlem to know that in their own neighborhood, blocks away from where they're playing basketball, ... that a literary giant lived there. And not just lived there but created there and was a part of the community."

Today that community is going through a lot of changes, and Watson says people are worried. "We've been talking a lot about what it means to embrace newness but also hold on to legacy, hold on to culture, and not erase the actual places that we believe are sacred spaces of the Harlem Renaissance."

Hughes' former home isn't far from where Watson lives, and for years she walked by it wondering why it was empty. When she got the idea for an arts center, she says called the building's owner to see what they could work out.

"She was really excited about that vision because she also doesn't want to see it go and become expensive condos, or just nothing that has to do with [Hughes'] legacy," Watson says. "So she understood that we were a new nonprofit and was willing to work with us."

Watson and her group are now fundraising for the project. Their goal is to raise $150,000, enough money for one year of costs, including rent, renovations and programming. They plan to sign a three-year lease on the space.

Watson says she hopes the center will help young people feel seen in the same way Hughes' poetry helped her feel seen when she was a child. "There's something about Langston's poetry, when I was a child reading it, that was a mirror for me, a way of me being able to see my family, my church members, my community members," she says. "I think the beauty of Langston's work is he definitely talked about oppression and injustice, but he also humanized our stories and made us everyday people. So I'm hoping ... that young people will come to this space and feel seen and heard and valued."