Accessibility links
In Tom Wolfe's 'Kingdom,' Speech Is The One Weird Trick In Tom Wolfe's first book of nonfiction in 16 years, he argues that the development of speech, not evolution, has made humans what we are today — evolution, he says, applies only to animals. 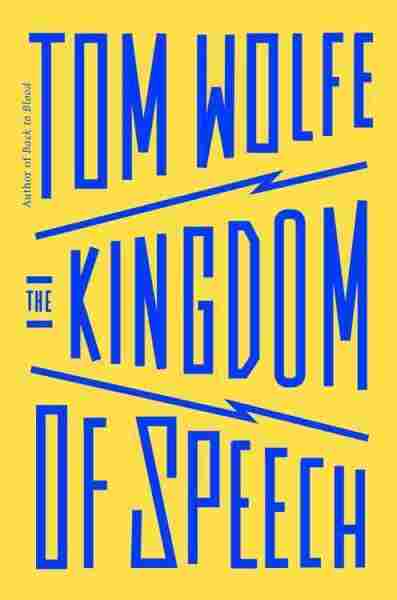 The Kingdom of Speech

One of America's most distinguished men of letters says he believes that speech, not evolution, has made human beings into the creative, imaginative, deliberate, destructive, and complicated beings who invented the slingshot and the moon shot, and wrote the words of the Bible, Don Quixote, Good Night Moon, the backs of cereal boxes, and Fifty and Shades of Grey.

The Kingdom of Speech is Tom Wolfe's first non-fiction book in 16 years. Wolfe tells NPR's Scott Simon that speech is "the attribute of attributes," because it's so unrelated to most other things about animals. "We've all been taught that we evolved from animals, and here is something that is totally absent from animal life," he says.

There are no traces of any evolution of language through the sounds that apes make, or dolphins, for that matter. It is something that is completely new, and the reason for that is, it's an invention, invention by human beings, who are the only creatures who are able to perform this trick. And the trick is, you convert sounds into codes. And the code may be t-r-e-e "tree," or it could be "typhoon," there's no telling. But it enables this creature, man, to remember things ... as a result, human beings rule every other creature in the world. 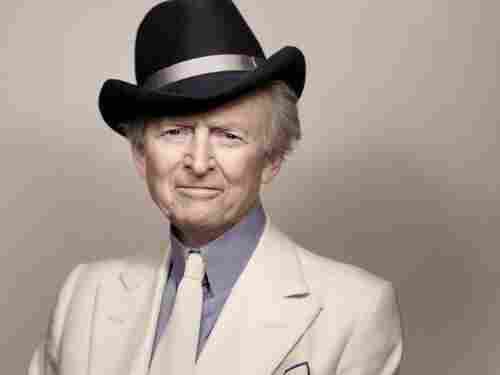 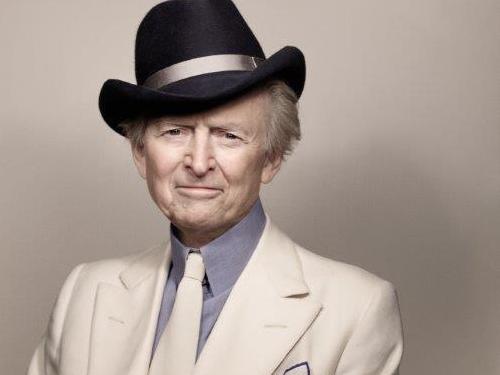 The Kingdom of Speech is Tom Wolfe's first book of nonfiction in 16 years.

Physically, we are really pretty pathetic ... our dominance in the world is all thanks to this trick of coming up with these codes.

On Darwin and speech

He could not figure out what it was. He assumed, because of his theory, that everything evolved from animals. And didn't even include it in his theory, language, until he decided that it came from our imitation of the cries of birds. And I think it's misleading to say that human beings evolved from animals — actually, nobody knows whether they did or not. There are very few physical signs, aside from the general resemblance of apes and humans. The big evolution, if you want to call it that, is that this one species, Homo sapiens, came up with this ingenious trick, which is language.

I wouldn't think so, because there's not a shred of whatever that depends at all on faith, on belief in an extraterrestrial power. In fact, I hate people who go around saying they're atheists, but I'm an atheist.

On what speech enables us to do

It's enabled us to think up strategies, to head off what you think might be about to happen. And strategies depend upon memory, and speech is a fantastic memory device. There's absolutely nothing like it, and I think it's time for people who are interested in evolution to say that the theory of evolution applies only, only to animals.