A Beautiful Edition Of The Abridged 'Erudition'

A Beautiful Edition Of The Abridged 'Erudition' 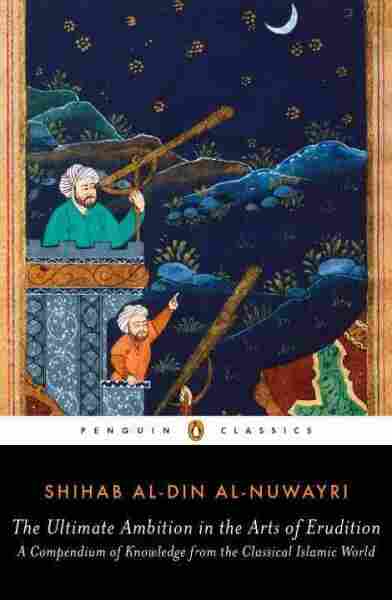 The Ultimate Ambition in the Arts of Erudition

A Compendium of Knowledge from the Classical Islamic World

"We discussed the musk gazelle in the third chapter of the second section of the Third Book, which is the ninth volume of this work, so there is no need to repeat it here."

Encyclopedias, almanacs, bestiaries and similar histories tend to occupy a peculiar cultural place. They're something to reference when you need to know a particular — an act of trust in the work that's divorced from the whole. When Shihab al-Din al-Nuwayri wrote The Ultimate Ambition in the Arts of Erudition in the 14th century — a 15-year opus — it comprised 33 volumes regarding the cosmos, naturalism, human nature and a history of the world. The sheer scope of it discourages a holistic read.

But reference works aren't just time stamps; they're stories told from distinct points of view, products of labor and passion. The purpose of a single-volume edition, then, is to re-create the feeling of rediscovering this moment. Elias Muhanna's very abridged translation of The Ultimate Ambition succeeds on two levels: First, in suggesting the momentum and scope of the encyclopedia underneath; second, in preserving Nuwayri's poetic energy while editing this glimpse of the medieval Muslim world.

And a wide, complex world it is. Nuwayri traveled in Egypt and Syria, and spent years as a clerk in the sultanate court; one of the book's biggest delights is its casually global world view. The most renowned fruit in Basra? Oranges. The best decorative glass? China. Red squirrels make their home in Russia. The book collects five expert opinions on clouds, including a glossary of types. Its history records Kitbugha, a Mongolian soldier who was defeated in battle and imprisoned; "he would go on to rule Egypt."

Come for accurate notes on hippopotamus stomachs; stay for the discussion of honey as a gift from heaven that devout bees collect.)

While it's impossible to avoid the sense of just how much you're missing (the book abandons missing-material brackets because it's such a losing battle), Muhanna's edit of The Ultimate Ambition does a yeoman's work focusing on minutiae while building a wider context around everyday life. The recipe for a caliph's perfume is interesting trivia, but it's also a microcosm of court veteran Nuwayri's feelings on civil service: Everyone should be meticulous in their work and as knowledgeable as possible.

It's all smoothed over by easy lyricism — aside from quotations, poems and parables, this is a celebration of knowledge for its own sake. (Naturally, centuries of subsequent discoveries means some of The Ultimate Ambition has become poetry more than academic authority. Come for accurate notes on hippopotamus stomachs; stay for the discussion of honey as a gift from heaven that devout bees collect.)

The Ultimate Ambition is above all else omnivorous; innovative in design (his histories are grouped by nations rather than chronologies) and blithely unconcerned with contradictions. A section titled in part "On What Has Been Said By Way Of Warning About the Temptations of Women, and in Censure of Fornication, and Gazing at Beardless Youths" is followed by a section of erotic poetry devoted to the charms of women and men. And Nuwayri's authorial voice is affecting despite the attempts at cool remove. Among naturalist descriptions of animals and their literary footprint is an admission that effortlessly conjures the man behind the work: "I have not been able to find any poetry that describes the tiger, nor any epistle that I might transmit."

The Ultimate Ambition in the Arts of Erudition can read like a tease — an extended trailer to a 33-hour movie. But for feeding your curiosity, it handily succeeds; if you come away wanting to look up more about Kitbugha, the etymology of words for cosmological phenomena, reports of visits from papal dignitaries, conflicting anecdotes about the dignity of gray hair or the land speed of ostriches, Nuwayri's purpose in writing it is fulfilled. If you'd like to tackle the whole thing, I salute you; in the meantime, this energetic primer to a staggeringly rich moment in time might end up being an indispensable addition to your library.