Accessibility links
Top Clinton Aide Huma Abedin Separates From Anthony Weiner After Sexting Allegations The longtime Hillary Clinton adviser said she made the decision "after long and painful consideration and work on my marriage." 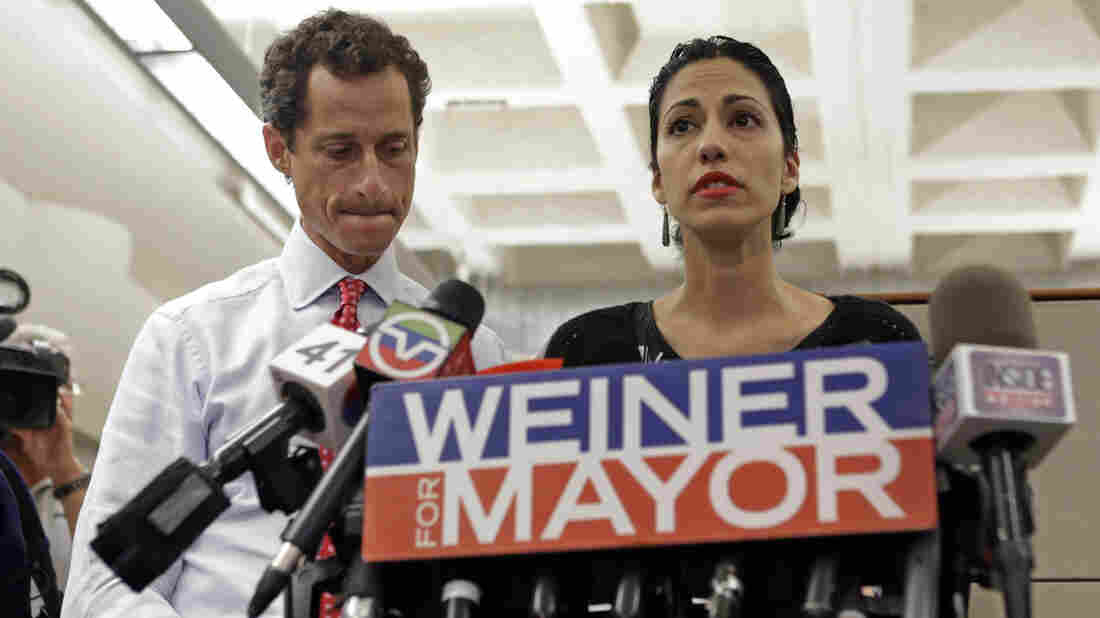 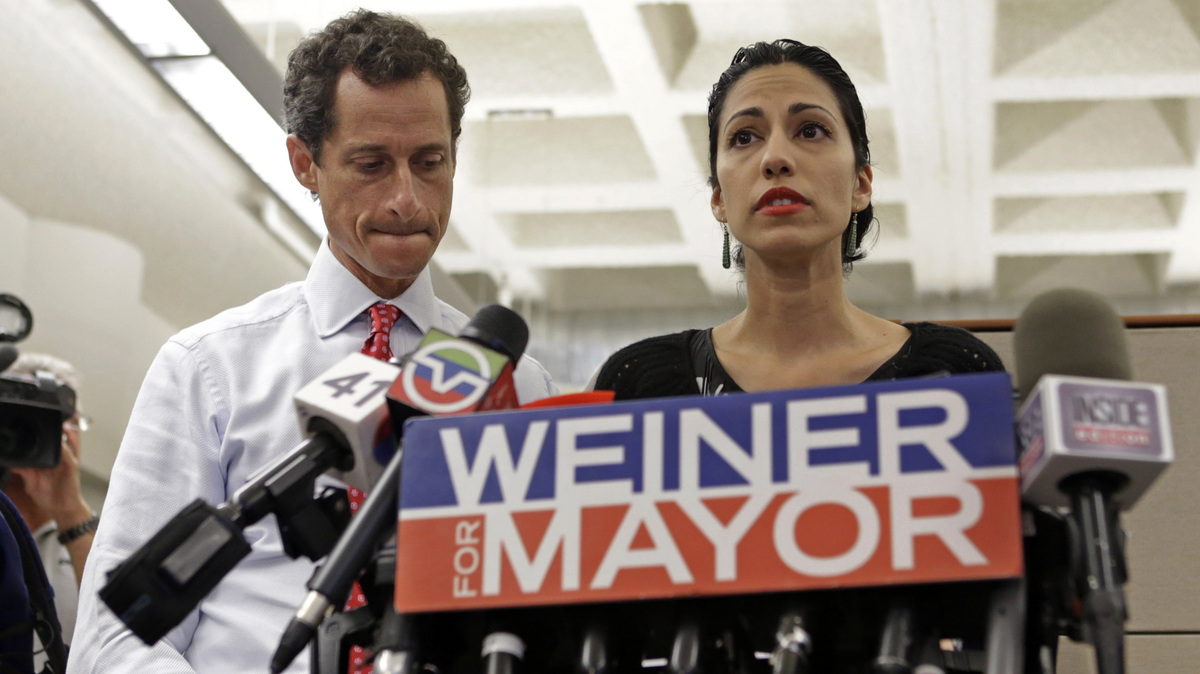 Anthony Weiner (left) and Huma Abedin at a news conference in 2013 during Weiner's mayoral campaign.

Abedin wrote: "After long and painful consideration and work on my marriage, I have made the decision to separate from my husband. Anthony and I remain devoted to doing what is best for our son, who is the light of our life. During this difficult time, I ask for respect for our privacy."

She made the announcement after the New York Post reported Sunday that Weiner had sent suggestive photographs to a woman of himself lying in his underwear while his 4-year-old son was in bed next to him. Weiner has since deleted his Twitter account.

In 2011, Weiner resigned from Congress after sexual messages sent to women on Twitter were made public. At the time, Weiner apologized publicly to Abedin and also "for the personal mistakes I have made and the embarrassment I have caused."

Abedin, who has been married to Weiner since 2010, has worked for Clinton since the 1990s, when she was an intern for the first lady. Abedin later worked as an aide for Clinton when she was a New York senator and on her 2008 bid for the presidency. Now, Abedin serves as vice chairwoman of the campaign and is considered one of Clinton's closest advisers.

Clinton supported Abedin through the 2011 scandal and supported her decision to stay in her marriage, according to the New York Times.

Weiner ran for mayor of New York City in 2013 but lost.

Donald Trump has weighed in on Abedin's announcement, saying in a statement: "Huma is making a very wise decision. I know Anthony Weiner well, and she will be far better off without him."

"I only worry for the country in that Hillary Clinton was careless and negligent in allowing Weiner to have such close proximity to highly classified information. Who knows what he learned and who he told? It's just another example of Hillary Clinton's bad judgment. It is possible that our country and its security have been greatly compromised by this."

Trump made this same argument about Abedin in 2015:

"So she's married to Anthony Weiner. Do you think there is even a 5 percent chance she is not telling Anthony Weiner, now of a public relations firm, what the hell is coming across?" Trump said, according to Politico.

He also referred to Weiner as "one of the great sleezebags of our time."

Hillary for America communications director Jennifer Palmieri responded on Twitter back then: "Lots of married men worked at State, why is Huma the one who would pass on secrets to spouse?"

Trump repeated bizarre attack on Huma today. Lots of married men worked at State, why is Huma the one who would pass on secrets to spouse?