Accessibility links
Obama Grants Clemency To 111 Prisoners; DOJ 'Confident' It Will Clear Backlog Thousands of petitions are still pending, but the Justice Department tells NPR that despite doubts from advocates it plans to consider each of them before President Obama leaves office. 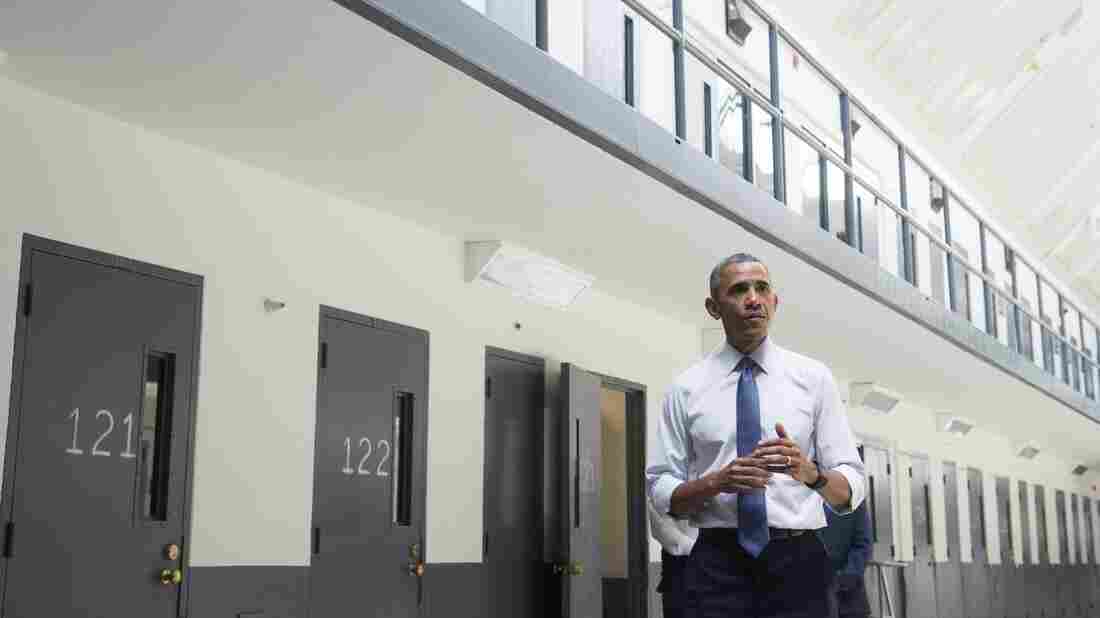 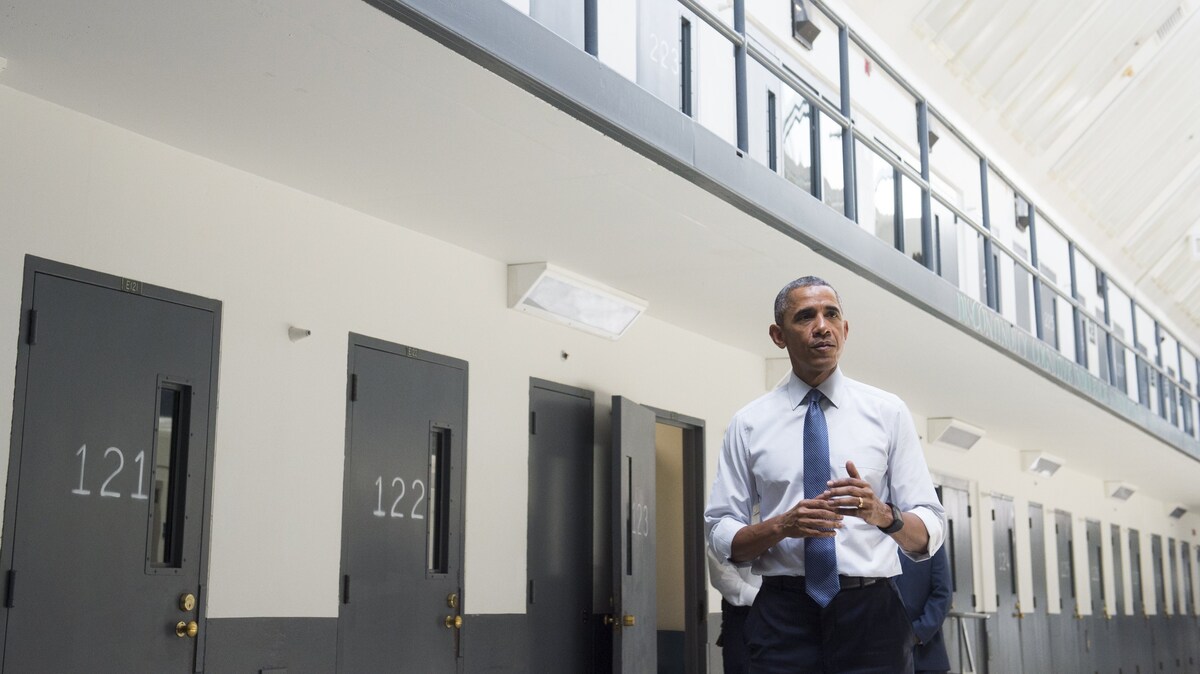 President Obama shortened the prison sentences of 111 inmates Tuesday, including 35 people who had expected to spend the rest of their lives in federal custody, authorities told NPR.

Word of the new batch of clemency grants came as the second in command at the Justice Department told NPR that lawyers there have worked through an enormous backlog of drug cases and, despite doubts from prisoner advocates, they will be able to consider each of the thousands of applications from drug criminals before Obama leaves office in 2017.

We are confident that we will be able to review and make a recommendation to the president on every single drug petition we currently have.

"At our current pace, we are confident that we will be able to review and make a recommendation to the president on every single drug petition we currently have," Deputy Attorney General Sally Q. Yates said.

The early releases apply to mostly nonviolent drug offenders who would have received lighter punishments if they committed the same crimes today. The new commutations mean this White House has granted 673 commutations, more than the past 10 presidents combined. Tuesday's grants follow 214 more earlier this month.

In February the new pardon attorney, Robert Zauzmer, asserted that stacks of petitions would not be left on his table next year. But that had long been in doubt. After the Justice Department and the White House launched the initiative for drug offenders about two years ago, white-collar criminals, sex predators and violent criminals sent their applications, too. Those petitions flooded volunteer lawyers and officials in the Office of Pardon Attorney.

The pardon attorney, Deborah Leff, ultimately resigned after raising alarms about insufficient resources to do the job, which she said could "change the lives of a great many deserving people."

Lawyers working for prisoners said there's still a lot more work for the administration to do. Mark Osler, who led an effort by three dozen law professors and advocates to get the White House to pick up the pace, estimated that 1,500 drug prisoners should win commutations based on the administration's criteria. By his math, that means the president has not yet moved on more than half of the inmates who should win shorter sentences.

"I sometimes say I feel like the guy that's rowing a lifeboat and you're glad you have a few people in the boat, but you're feeling this impending sense of panic about people in the water," Osler told NPR in June. "It's a scary thing and part of it is because they've been given hope. ... Every time there's an announcement of clemency and other people are receiving it, it's heartbreaking for them, it's heartbreaking for me."

I think he's going to tell me to put worthy petitions on his desk until the last day, and that's what I intend to do.

"The president's view is that he would like to grant as many worthy petitions as get to his desk and I think he's going to tell me to put worthy petitions on his desk until the last day, and that's what I intend to do," Eggleston said.

Osler, the law professor and lawyer for inmates seeking mercy, said he thinks the president believes in the effort. Obama, he said, visited a prison and went to lunch with people who won clemency. The question for the next five months is whether the White House can finish the job, even if it angers some Republicans in Congress, Osler added.