Accessibility links
In California, Curbing Trade Might Have Its Trade-Offs What would happen to the U.S. economy if the next president sparked a trade war and the flow of goods was cut off? One place to look for an answer: California. 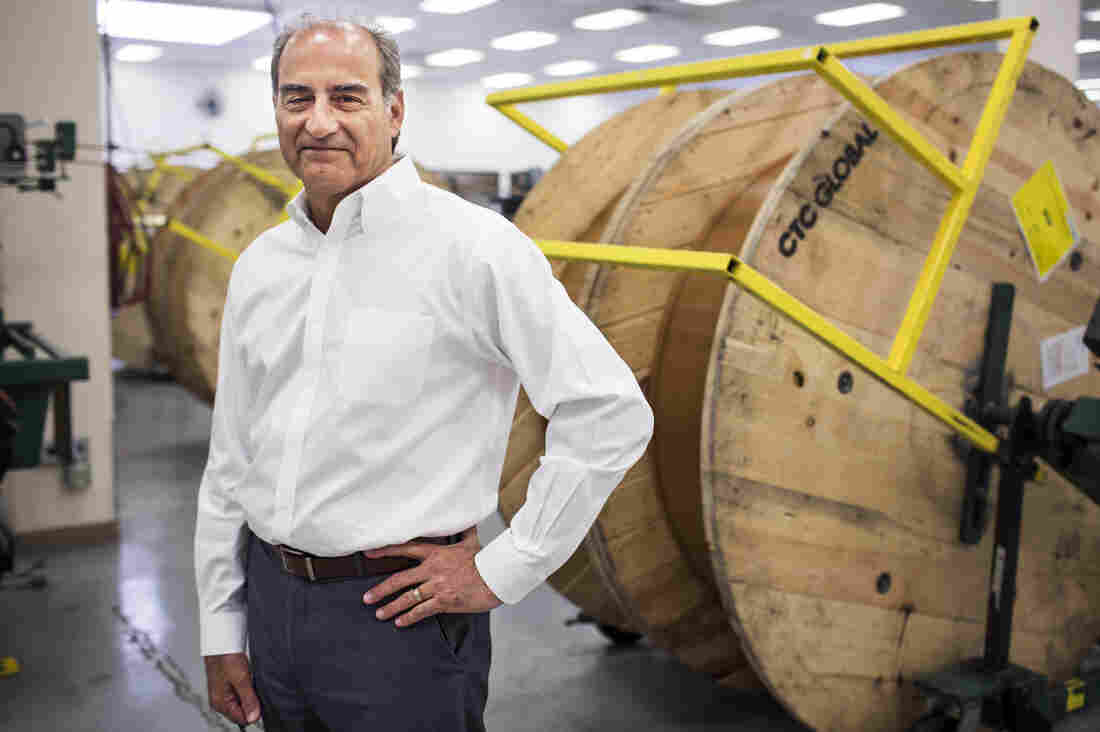 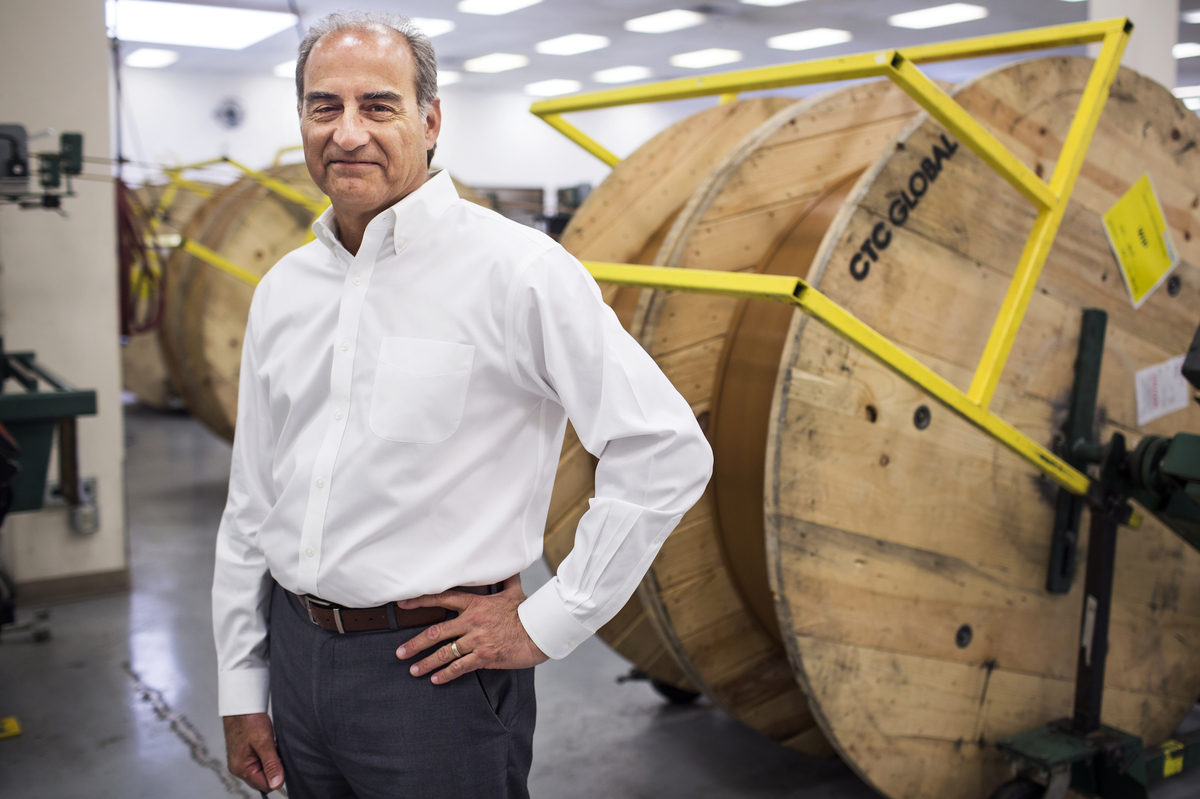 Inside a sprawling warehouse just outside downtown Los Angeles, a line of seamstresses sew high-end blouses.

This city is still the garment capital of the U.S. even though it employs a fraction of the workers it once did. Since 1990, the number of U.S. apparel manufacturing jobs has fallen by 80 percent.

"The charts and the statistics are really frightening," says Ilse Metchek, head of the California Fashion Association.

Metchek, who has worked in the industry for half a century, says she has seen firsthand the devastating effects free trade agreements have had across the country.

"Absolutely terrible," Metchek says. In the years after the North American Free Trade Agreement, she says, "we lost 50,000 jobs."

Lately all the talk in politics has been about what would happen to the country if America were less engaged with the world — and if cutting off trade could, indeed, bring jobs back. And nowhere in the country have the effects of trade — both positive and negative — been more visible than in California.

Metchek says trade has been a one-way street for American workers — a flood of cheap imports, and in terms of exports? There are almost none. She couldn't name a single company that makes clothes in LA and sends them overseas.

Obama: Globalization Is 'Here' And 'Done'

She says the Trans-Pacific Partnership would make things even worse because it sets rules for 12 countries, but not China.

"It's an open door for China to ship to the United States, duty-free," Metchek says.

Still, she doesn't like the anti-trade rhetoric that has dominated this campaign from Donald Trump and Hillary Clinton.

Clinton says, "I believe we can still make it in America and export from America."

"Just because you close trade doesn't mean factories are coming back," she says.

The apparel factories that do remain in the U.S. make high-end fashion — $300 designer jeans, $160 shirts. But as for the clothes most people wear, Metchek says there is no way you could make them cheaply enough in the U.S.

"I think the biggest problem is of course that we have a concept that if we make it here the world would want it," she says. "The world is not waiting for American product. We're kidding ourselves."

At least in apparel. But in more advanced manufacturing, it's a different story. The world often is waiting for made-in-USA goods. 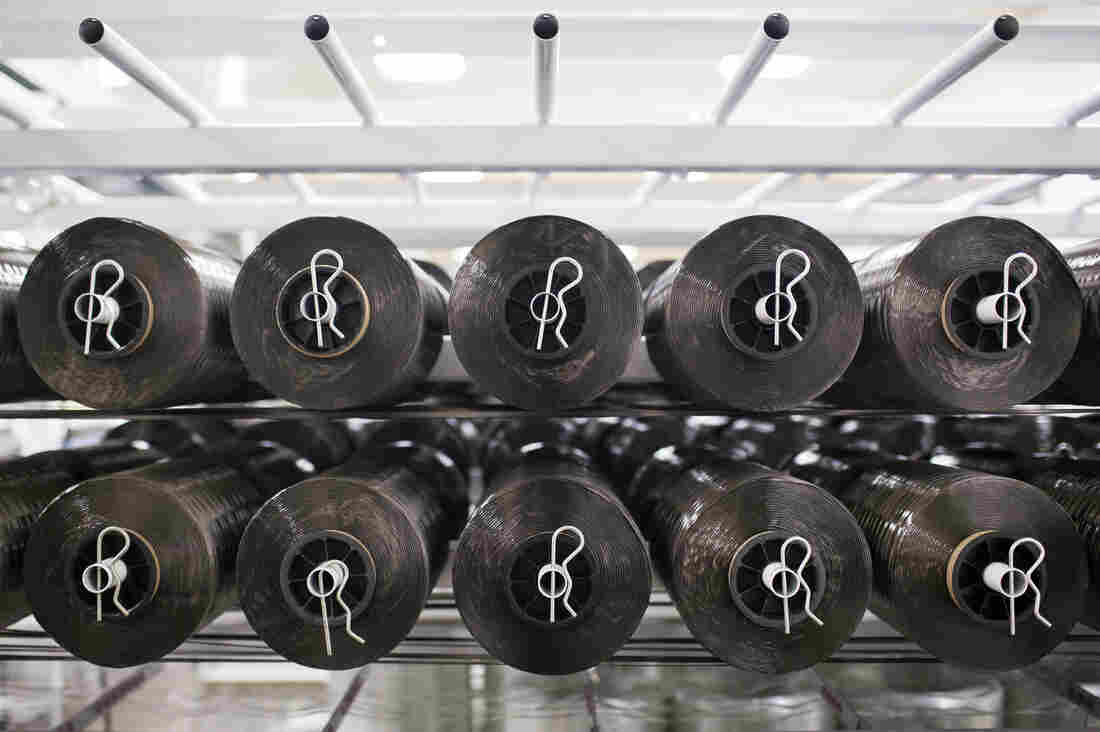 CTC Global uses reels of carbon in manufacturing its conductors, which improve efficiency in power lines. The company exports more than 80 percent of its products. Maya Sugarman/KPCC hide caption 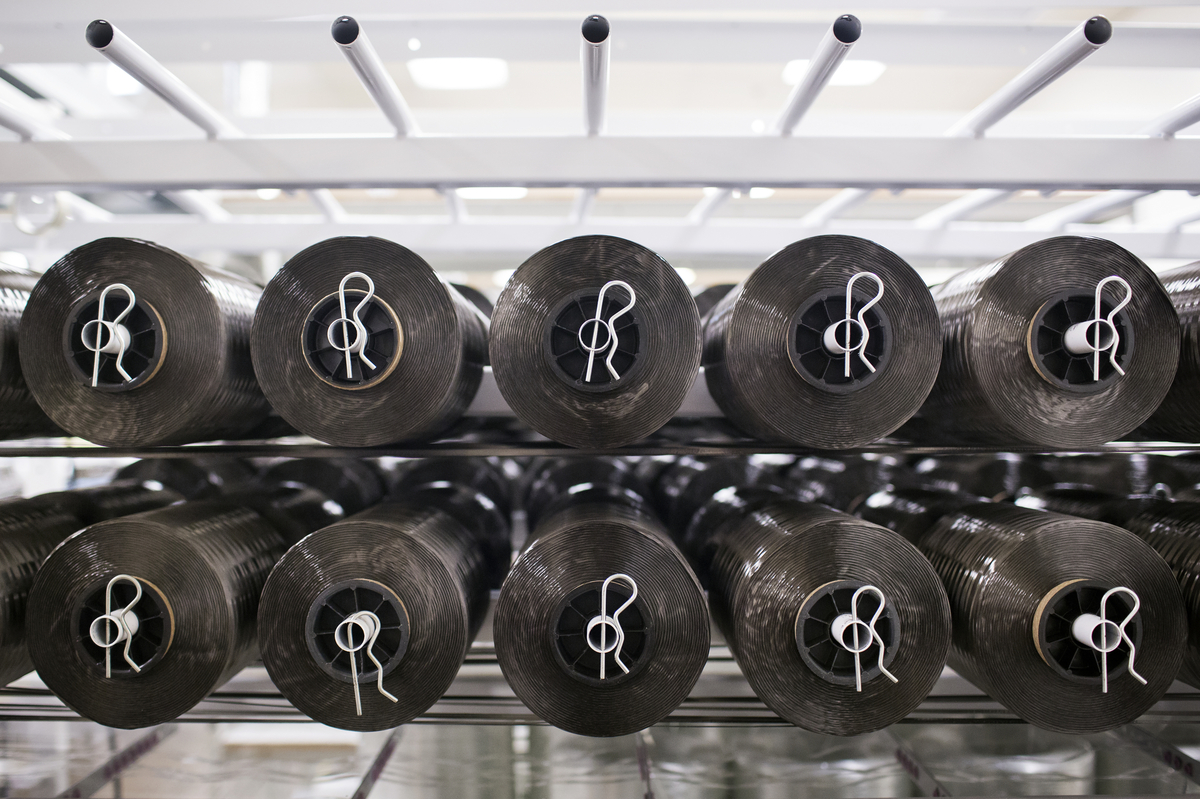 CTC Global uses reels of carbon in manufacturing its conductors, which improve efficiency in power lines. The company exports more than 80 percent of its products.

In Orange County, Calif., a carbon fiber core rolls through a long machine as a worker gives one last quality control check. This is the factory of CTC Global, which makes conductors that improve efficiency in power lines.

"So anything that would hamper our ability to sell into foreign markets would impact us greatly," he says.

CTC Global is typical of the factories that now dominate Southern California. It's not making T-shirts, but rather high-value products that get shipped all over the world.

It's also lean, with just 130 workers. That why it is cost-effective for the company to still make its conductors in the U.S.

"We've done a very good job of automating the process," Sepe says. "We can have a minimal number of people producing the maximum amount of product."

That's not a popular thing to say, but most economists agree: It's automation — not trade — that's to blame for most of the job losses in manufacturing.

But that doesn't play as well on the campaign trail as what Trump says: "Other people are taking your jobs and our jobs are disappearing. They're going to other countries."

Though she's considered less protectionist than Trump, Hillary Clinton came out last year against the Trans-Pacific Partnership, the largest trade agreement in history.

"What I know about it, as of today I am not in favor of what I have learned about it," Clinton has said.

Sepe is still holding out hope the treaty will be ratified. He says it would help open new markets to sell his conductors, so he is dismayed that both Clinton and Trump oppose it.

"If you are not selling enough product in the United States and you need to go into foreign markets, why would you cut that off?" Sepe says. "Ninety-five percent of the world's consumers are outside the United States. We need to go out and compete worldwide."

And competing means California shouldn't close its doors to bringing in goods from other countries, says Kevin Klowden, an economist at the Milken Institute.

"Imports are still more important because we are the main gateway for manufactured goods from China into the United States," he says.

When operations at West Coast ports ground to a halt last year because of a labor dispute, LA's economy took a big hit.

Klowden says it's proof of how important trade has become, supporting a vast number of workers who transport and process all that stuff we buy from China.

"If the slowdown had turned into a full strike, it potentially could have pushed the Los Angeles area into recession," he says.

And if the U.S. got into a trade war with China, that's exactly what he worries would happen.

A Nation Engaged: The Debate Over Trade

A Nation Engaged: Trade Stirs Up Sharp Debate In This Election Cycle

Why Many Midwestern Farmers Are Pro-TPP