Accessibility links
Obama's Enforcement Of Immigration Laws: 5 Things To Know As Donald Trump prepares to flesh out his immigration platform in a speech Wednesday, here are five things to know about how President Obama has gone about enforcing current immigration laws. 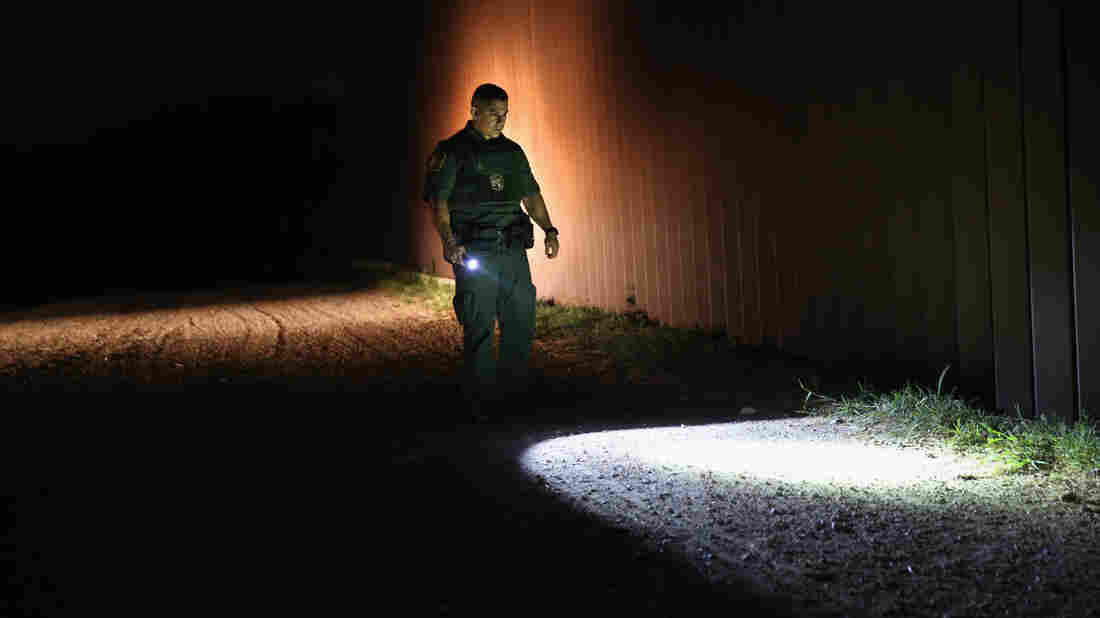 A Border Patrol agent checks for footprints near the U.S. border with Mexico on April 13 in Weslaco, Texas. John Moore/Getty Images hide caption 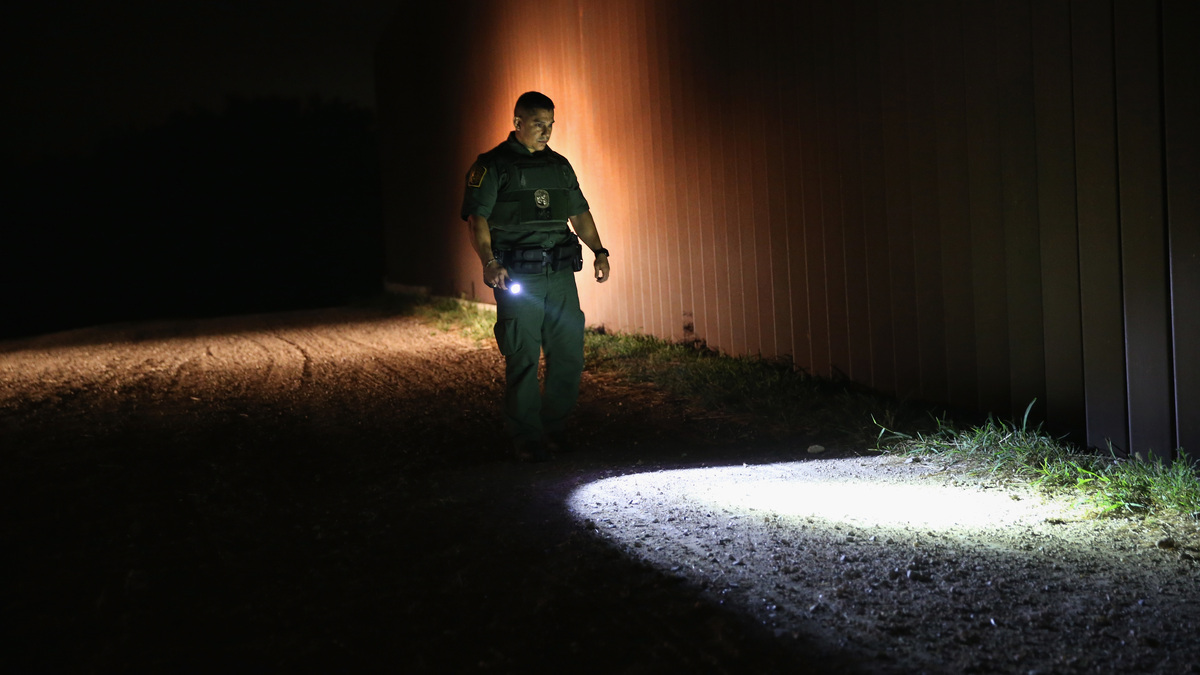 A Border Patrol agent checks for footprints near the U.S. border with Mexico on April 13 in Weslaco, Texas.

In a speech Wednesday night, Donald Trump will lay out — and clarify — his proposed immigration policy.

But perhaps the most unexpected element of the recent shifts in rhetoric is that Trump has praised President Obama's work on immigration enforcement, a surprising turn for a Republican candidate.

That's true, to an extent. Ahead of Trump's speech, here are five things to know about how President Obama has enforced immigration laws over the past eight years.

Deportations, or "removals" as the Department of Homeland Security calls them, increased in each of the first four years President Obama was in office, topping 400,000 in fiscal year 2012. Obama oversaw more deportations than George W. Bush did, just as Bush oversaw more than Bill Clinton did. The trend toward increased deportations began with the 1996 passage of the Illegal Immigration Reform and Immigrant Responsibility Act and accelerated after the Sept. 11 attacks, with growing budgets for the DHS agencies that enforce immigration law. Formal removal has largely replaced informal "return" for those caught in the country illegally. Removal carries stiffer consequences and it's increasingly carried out without judicial review.

2. Deportations have dipped in the past three years.

Deportations peaked in fiscal year 2012, and have declined in each of the three years since then, dropping to 235,413 in fiscal year 2015. The decline in deportations mirrors a drop in apprehensions along the southwest border with Mexico. According to U.S. Customs and Border Protection, apprehensions so far this year are running slightly ahead of 2015, but well below the pace of the two previous years. In addition, deportations from the interior of the United States have been dropping steadily since the first year of the Obama administration.

3. Odds of deportation depend a lot on geography and timing.

President Obama's approach to immigration enforcement is really two very different approaches: one for those caught near the border, the other for immigrants found living illegally in the interior. How long an immigrant has been here makes a difference as well. Like others before it, the Obama administration says it doesn't have the resources or the desire to deport millions of immigrants whose only crime was entering the country illegally. So, it has focused its enforcement efforts on particular targets: namely those caught near the border, those who've committed crimes and those who appear to have arrived in 2014 or later.

"The result is sharply different enforcement pictures at the border and within the United States," according to a report from the nonpartisan Migration Policy Institute. "At the border, there is a near zero tolerance system, where unauthorized immigrants are increasingly subject to formal removal and criminal charges. Within the country, there is greater flexibility."

Is Trump Flip-Flopping On Immigration? Yes Or No, It's Sure Been Confusing

In the last year of the Bush administration, 64 percent of deportations were from the interior of the country. By last year, interior deportations had shrunk to less than 30 percent of the total. While the Obama administration has focused enforcement efforts along the border, not everyone apprehended there is a new, first-time arrival. Some may have longstanding ties and family members elsewhere in the U.S.

The administration stresses that a growing proportion of those who are deported have criminal records: 59 percent last year, up from 31 percent in fiscal year 2008.

4. Illegal immigration from Mexico has dropped in recent years, but many from Central America still attempt to cross.

Border Patrol apprehensions, which the government sees as a barometer of illegal border-crossing attempts, have been dropping for the past decade and a half. The Border Patrol apprehended 337,117 people nationwide in fiscal year 2015. That's down nearly 30 percent from the previous year and nearly 80 percent below the peak in 2000. Monthly figures through July of this year show a slight uptick, but apprehensions are still well below 2014 levels.

Late last year, the Pew Research Center reported that in the previous five years, more Mexicans had left the United States than entered. The center suggested tough border enforcement and a slow-growing U.S. economy contributed to reversing what had been "one of the largest mass migrations in modern history."

While the influx of border-crossers from Mexico may have slowed or stopped, the U.S. continues to attract a sizable number of immigrants from Central America. Officers patrolling the southwest border of the United States apprehended 172,165 immigrants from countries other than Mexico during the first 10 months of the fiscal year.

5. The administration has used its discretion to shape immigration enforcement, except when the federal courts said no.

In 2012, the administration granted a temporary reprieve from deportation to certain immigrants who were brought to this country illegally as children. More than 600,000 young people took advantage of the offer, which also enabled them to obtain work permits.

In late 2014, President Obama tried to expand that reprieve to several million immigrants who are the parents of U.S. citizens or green card holders. Texas and other states challenged the move in federal court, and it remains on hold after a short-handed U.S. Supreme Court was unable to reach a decision this year.