Accessibility links
Review: Daniel Lanois, 'Goodbye To Language' On his new solo album, the producer and multi-instrumentalist offers haunting instrumental meditations on the nature of present and future communication. 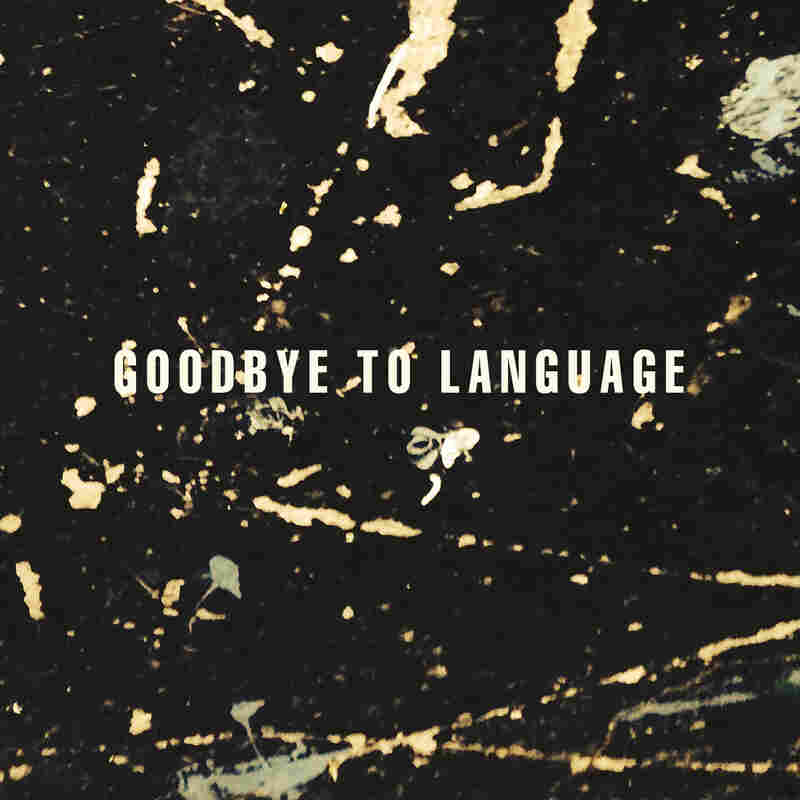 You're rushing to send a text, but the words don't quite fit the message. So you flip over to the emoji menu, and within seconds you find a tiny character that encapsulates your thought. Hitting "send" brings a momentary sense of accomplishment, and perhaps along with it, a twinge of vague disquiet: That shorthand cartoon face was somehow more precise, more communicative, than your words.

In that moment, you become part of an ongoing global shift — away from word-based communication, toward a communication based on symbols. Linguists marvel at the adoption rate and evolutionary speed of emoji, which a professor at the U.K.'s Bangor University called "the fastest-growing form of language in history."

Novelists and English professors, meanwhile, worry about this new shorthand. They anguish over the loss of subtlety, the decline in nuances of expression, the eventual erosion in the craft of sentence-making. To them, communication efficiency is not the same as communication richness.

Into this oozing, possibly unresolvable debate comes the producer and veteran sound-shaper Daniel Lanois. On his new solo album, pointedly titled Goodbye To Language, Lanois offers haunting instrumental meditations on the nature of present and future communication. Some are novel thought-experiment expressions, sounding largely improvised. Some are landscape paintings with no distinct focal point — something more than wallpapery ambient drones, something less than conventionally oriented "songs" with declarative melodies.

It's as if Lanois had an emoji moment, and then, in its aftermath, plunged into an isolation tank to ponder what it means to communicate in the smartphone age, when any message, any word, can be hacked into discontinuous bits. Examining the push and pull of human exchange, he offers a granular way of thinking about communication — in pulses and flourishes that evoke the mind's frantic meaning-making reaction to incoming messages. His genius is to seize sounds that appear commonly in the language of song (weepy gospel cadences, clipped rock chords, the ever-graceful sound of the steel guitar) and then fracture them into bits and gorgeously shimmering droplets, removed from their usual narrative context. Where they can signify anything, or nothing.

There are moments when Lanois (playing pedal steel) and collaborator Rocco DeLuca (on lap steel) generate vast and grand-sounding atmospheres — music with a gliding-over-mountains feeling, the kind of thing you'd hear accompanying an IMAX nature documentary filmed at 10,000 feet.

In other moments, like "Falling Stanley," the "action" happens in the shifting textures of the music, post-performance: A single note or chord starts out dry, then grows larger as it's processed with reverb and other studio effects. Then the billowing effect abruptly stops, as if with the flick of a switch, leaving just the solitary original note. It's jarring. And engrossing: Like Maurice Ravel, Igor Stravinsky and countless others, Lanois understands the tension that happens when the listener's ear doesn't get what it's expecting.

In many ways, Goodbye To Language continues the experimental (if much more rhythmically oriented) bent of Lanois' 2014 set Flesh And Machine. It also expands upon the atmospheric production work Lanois did with Brian Eno (notably On Land And Apollo: Atmospheres And Soundtracks), and to a lesser extent with experimental musicians such as Michael Brook and Jon Hassell.

Where Eno's ambient projects sought a kind of environmental steadiness, this collection is more fitful and episodic. Some of these short pieces (check the somber "Satie") dwell in thick, carefully constructed moods of desolate serenity. But many, including "Deconstruction," are distinguished by randomness and unpredictability, with contemplative passages interrupted by sudden jump-cut lurches. It's Music For Puddle-Jumper Airports, along the rural routes where the terrain is unforgiving and the winds can instantly become rough.

At the same time, Goodbye To Language is the rare example of instrumental music that encourages — maybe even demands — reflection on its title. Lanois isn't peddling any theories about what happens when language shifts from written images and metaphors to stark symbols. But by working outside typical song form, and distancing himself from the imperative to generate ear-pleasing ideas that recur at regular intervals, he's suggesting it's time to at least consider communication at the root-menu level, and think about what's worth keeping and what to discard. Because it's important to have some agency in this decision, before we unwittingly find ourselves waving a tiny cartoon character's gloved-hand goodbye to language.