Accessibility links
How U.S. Businesses In Europe Are Already Planning For Brexit The U.K.'s vote to leave the European Union has forced businesses ranging from American automakers to financial services companies to ponder their investments in Europe. 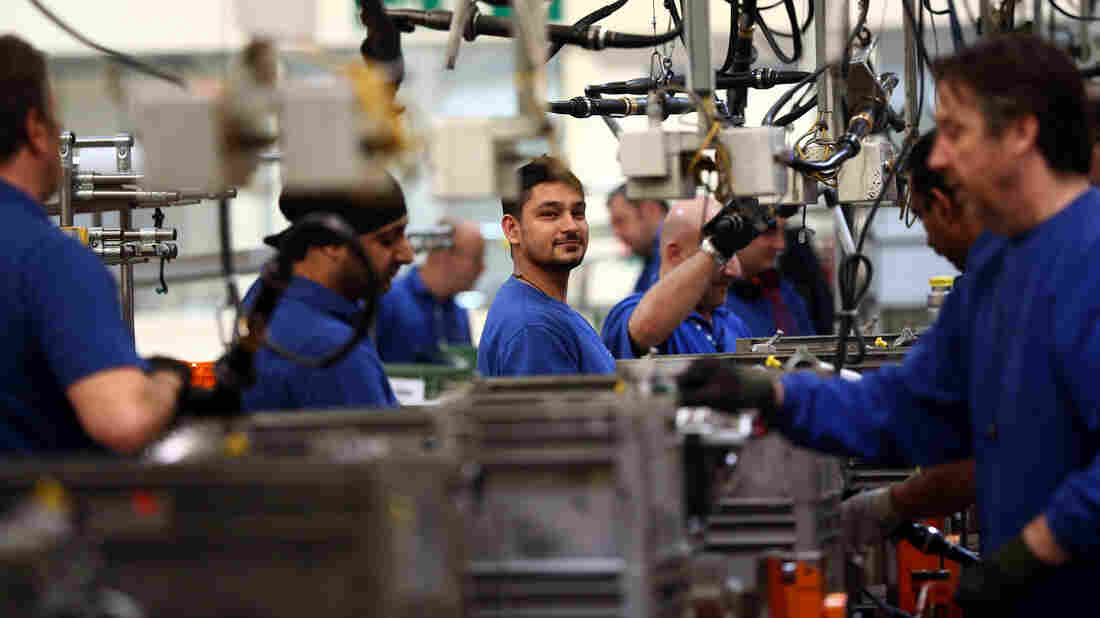 Employees work on an engine production line at a Ford factory in Dagenham, England. Many American firms based in the U.K. are concerned Brexit will adversely impact their businesses. Carl Court/Getty Images hide caption 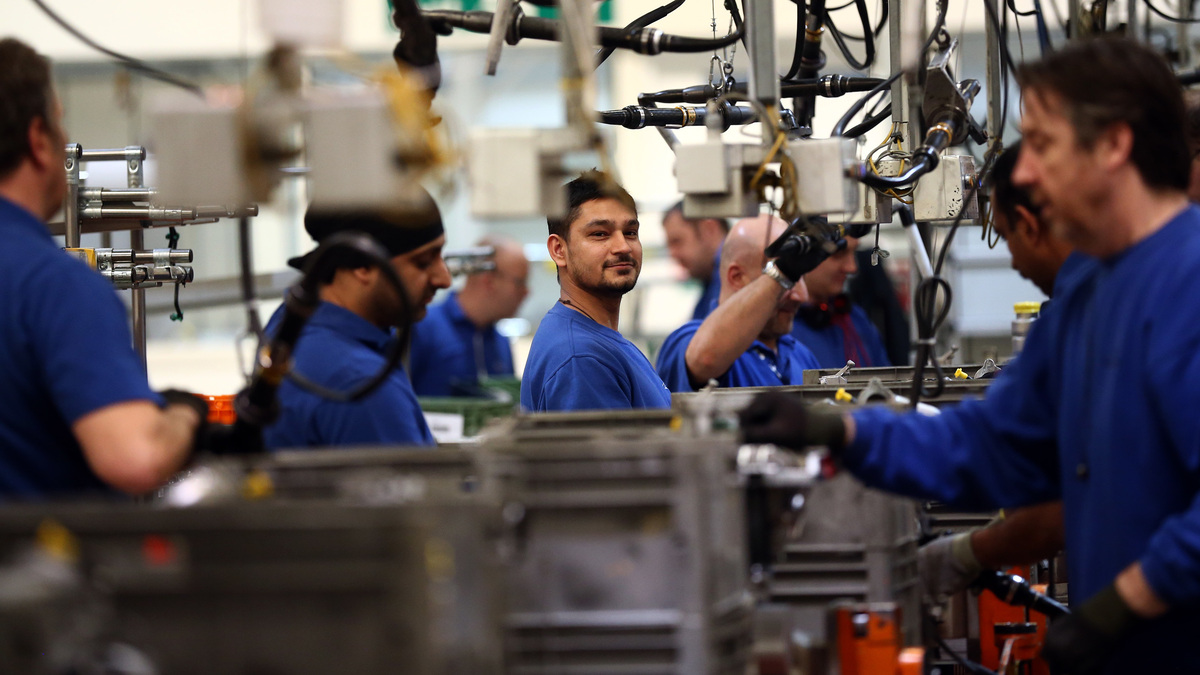 Employees work on an engine production line at a Ford factory in Dagenham, England. Many American firms based in the U.K. are concerned Brexit will adversely impact their businesses.

The United Kingdom's planned split from the European Union is expected to take years, but it's already creating uncertainty for multinational companies operating in the U.K., including many American firms. Brexit also poses challenges to the U.S. government, as Washington ponders a future in which a key ally has less influence in Europe and likely becomes less relevant on the global stage.

This Steel Town Voted For Brexit. Now Its Jobs Are In Jeopardy

Even before the June referendum, American and other financial firms were looking beyond the City of London — the Wall Street-equivalent at the core of Britain's capital — for new office space in Europe. Meanwhile, U.S. automakers are anticipating sizable financial hits from the decision to leave the EU.

"We see the impact on Ford of being somewhere in the range of $400 to $500 million each year," said Bob Shanks, Ford's chief financial officer, on an investor call earlier this summer. General Motors says it is cutting worker hours in German factories because it expects less demand for cars in Great Britain following the June Brexit vote.

The car companies also worry that new tariffs could hurt the competitiveness of their U.K. factories. The U.K.'s auto business, which is seen as very successful, sends more than half of its exports to the EU.

"It's vital for our U.K. automotive manufacturing, and for our huge retail market here that we secure unfettered access to European markets," says Tamzen Isacsson, director of communications with the Society of Motor Manufacturers and Traders, a U.K. industry group.

If not, that could make it harder for auto plants in the U.K. to win future work. Plants routinely compete within companies for the opportunity to build new models, but because cars are built on five- to eight-year product plans, the June vote is not expected to have an immediate impact on which models are built there.

"The big issues are going to be large-scale models coming up for renewal during the period of uncertainty," says Graham Armitage, an auto analyst for KPMG.

For instance, if it costs 10 percent extra to export a car from the U.K. into Europe after Brexit, Armitage says that could make building some models in the U.K. unprofitable.

"You're talking about tens of thousands of jobs that could be affected," Armitage says. "No one would say that all of those decisions will go against the U.K., but they're going to be tougher decisions than they would otherwise have been."

The British auto industry does have something in its favor: The United Kingdom is an attractive export market. Germany sends about 800,000 cars a year to the U.K. and doesn't want retaliatory tariffs. Armitage says there are incentives for both sides to make a deal on market access.

The outlook for the financial industry is a bit darker. Currently, firms in the City of London can freely offer a variety of financial services throughout the EU under what are called "passporting" rights. Many analysts expect at least some of those rights will disappear after Brexit. Even before the June vote, JPMorgan Chase & Co. chairman and CEO Jamie Dimon warned company workers in the U.K. that he might have to send some of their jobs to mainland Europe.

"Today we can service EU companies here, freely — with systems, technology, research, investment banking," Dimon told employees at JPMorgan's office in the city of Bournemouth, on the English Channel. "After a Brexit, we cannot do it all here. And we will have to start planning for that. I don't know if it means 1,000 jobs, 2,000 jobs — it could be as many as 4,000."

Andrew Gray, a partner with PricewaterhouseCoopers, which advises investment banks, insurance companies and other firms on Brexit planning, says some companies are considering moving some operations to EU cities ranging from Dublin and Amsterdam to Paris and Luxembourg. But he says such moves are hugely complicated, because London offers so many financial support services and already has a very talented labor pool.

"A number of banks have estimated [that] to replicate even part of their infrastructure in Europe could take between five and 10 years," says Gray.

"You have to be looking at real estate as an option," adds Gray, who says companies will have to look for areas with appropriate schools, housing and financial expertise. "There is only a finite supply of suitable real estate in a number of these locations."

As for the U.S. government, Brexit is a deep disappointment. During a visit to London last spring, President Obama urged voters to cast their ballots in favor of staying in the EU — not just for economic reasons, but political as well.

The U.S. traditionally has seen Great Britain as a valuable ally in many respects, including in pressing its interests with the EU. Washington also has struggled for years on an EU trade deal known as the Transatlantic Trade and Investment Partnership, which it hoped would bind the U.S. and its allies more closely.

Anand Menon, a professor of European politics at Kings College, says a united Europe that shares democratic values is a valuable asset for the U.S. as it tries to deal with the rise and growing influence of an authoritarian China.

"People in Washington will be slightly worried at the notion that a key ally like the United Kingdom is peeling itself off from the European bloc," says Menon.

Menon, incidentally, doesn't think that's actually the case — but acknowledges that it's the perception.