Accessibility links
'Dekalog,' A Haunting, Ruminative 10-Film Tour Through The 10 Commandments The late filmmaker Krzysztof Kieslowski's Dekalog, a masterpiece that began life as a series of films made for television, finally gets a digitally restored North American theatrical distribution.

'Dekalog,' A Haunting, Ruminative 10-Film Tour Through The 10 Commandments

'Dekalog,' A Haunting, Ruminative 10-Film Tour Through The 10 Commandments 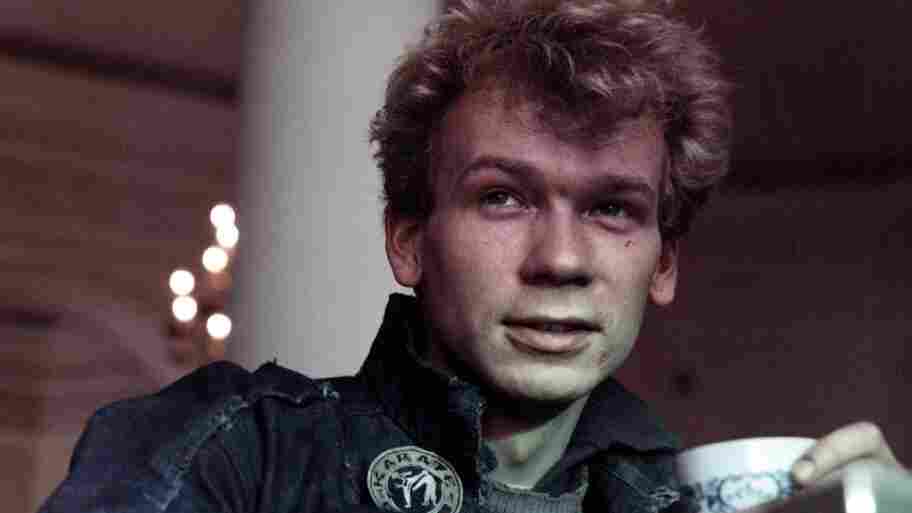 In Dekalog: Five, Jacek (Miroslaw Baka) is a troubled young man from the Polish countryside whose life changes forever on the streets of Warsaw. Cinetic Marketing hide caption 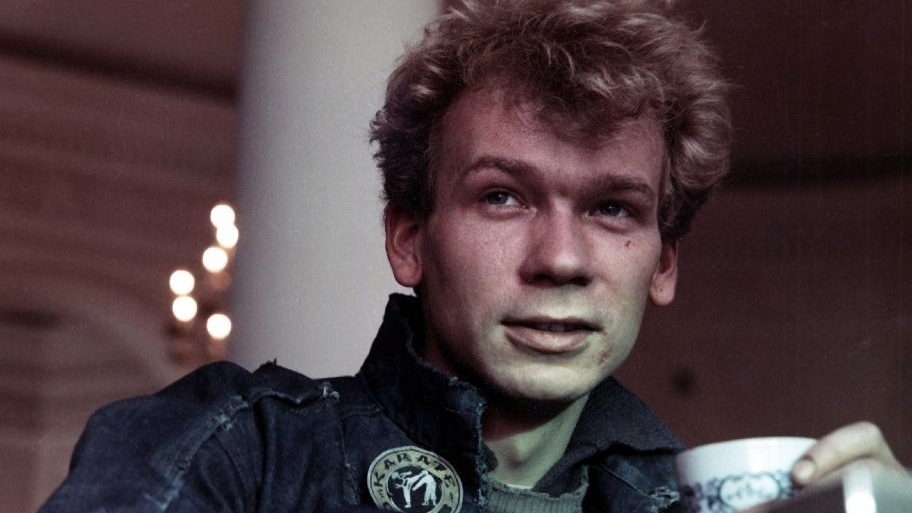 In Dekalog: Five, Jacek (Miroslaw Baka) is a troubled young man from the Polish countryside whose life changes forever on the streets of Warsaw.

In a concrete Warsaw high-rise, politics have little bearing on daily life beyond a lingering mood of diffuse anxiety. Residents come and go, bumping into one another as they lie, cheat, covet, steal, snoop, betray, commit adultery and otherwise find freshly updated ways to violate every one of the Ten Commandments. There's even a murder, yet these are — in their way — good citizens wracked by guilt, self-doubt, and a generous dose of original sin as they break the most ancient code of behavior still in force.

They're Polish Catholics, and though not all are believers, a God-like or Christ-like figure hovers over their transgressions in various guises, looking worried. Perpetually confounded, these ordinary folk inhabit a film masterpiece of urgent philosophical inquiry that asks the eternal question, How shall we live? And as every storyteller knows, we are never messier, funnier or more poignant than when we are trying to be good.

I first saw Krzysztof Kieslowski's Dekalog, a magnificent cycle of ten films made for Polish television, at the Toronto Film Festival in 1989. The series blew my mind and those of many others, and the director went on to win acclaim in the West with The Double Life of Veronique and the Three Colors trilogy. Kieslowski died, tragically early, at age 54 in 1996, and for a long time Dekalog lacked a North American commercial release. After a 15-year hiatus the series, digitally restored by Janus Films, opens in New York and Los Angeles. Co-written by Kieslowski with his friend Krzysztof Piesiewicz, who doubled (usefully, it turns out) as a lawyer and politician, every episode but one was shot by a different cinematographer. Yet there's a unifying loveliness to the silvery chill of a freezing winter outside the apartment complex, counterpointing the warmth of the cramped interiors. Every rich detail matters — people keep spilling things, and that red telephone surely means something, as does the drunk who lurches by periodically, lugging a Christmas tree — but the semiotics are never overbearing.

A compassionate camera passes over faces contorted by fear, remorse or rage, their crises quietly underlined by Zbigniew Preisner's tender, foreboding score. Over here, a devoted father and rationalist professor runs smack into the conflict between science and religion when he unwittingly places his small son in mortal danger. Across the way, a single father and his grown daughter, a drama student, face the possibility that their loving kinship may be incestuous. A neighbor diagnosed with irreversible impotence begins spying on his wife, with disastrous consequences. A wife tries to decide whether to abort the baby she's expecting with a lover, while her husband lies mortally ill in the hospital. A married man and his former mistress take to the streets for the night as they try to come to grips with the effects of their adulterous affair on those they love. The series ends with a shift into a mordant black comedy featuring two brothers — a manic rock musician and an uptight businessman — whose greed for their father's apparently priceless stamp collection revives old rivalries.

In every episode the acting is flawless, the spiritual dilemmas haunting and deep. But the jewel in Dekalog's bedecked crown turns on the brutal, seemingly unmotivated murder of a taxi driver who serves the complex. Under a livid yellow sky the landscape is willfully ugly, and the killing — one of the longest, most graphic murder scenes I've ever seen — is as rigorously explicit as it needs to be given that the film both furnishes the ruthless young culprit with a backstory (as opposed to an excuse) and serves as a ringing indictment of capital punishment. Along with another episode about a young postal worker's voyeuristic obsession with a beautiful neighbor, that film was made into a stand-alone feature under the title A Short Film About Killing. It is arguably the only drama in the cycle to express something approaching moral certitude.

Uncertainty is the vital currency of Dekalog, and in only one instance does the equivocation jar. A professor of ethics, an older woman with a wise and kindly face, is forced to confront her apparent past betrayal of a vulnerable Jewish child during World War II. Given Poland's difficulty in facing up to its treatment of its Jewish citizens under Nazi occupation, the redeeming motive for the professor's action feels uncomfortably like special pleading, while the cross that her accuser fingers around her neck, along with a less prominent Jewish chai, is frankly baffling.

That said, the tales in Dekalog conduct a mesmerizing dialogue with God and science, with free will and fate, with the many ways in which indifference or cruelty echo and repeat down the generations. These magisterial parables stand in pointed contrast to the woolgathering spirituality that passes for moral gravity in most movies. Instead, they affirm the primacy of the moral life while pondering the difficulties of deciding what counts as sin or virtue, let alone how to act on either. Should a physician lie about a patient's health in order to save the life of an unborn child? Must a murderer die because he killed? Should a grown woman humiliate a boy who has embarrassed her? Must a son honor a father he scarcely knew? Do miracles exist? Can science explain the ineffable? Can anything? Dekalog celebrates the grandeur of not knowing.