Accessibility links
'Seasons In Quincy' Offers A Fractured, Frustrating Portrait Of Critic John Berger The documentary, set in and around the French town in which the influential writer now resides, dissects his life in four discrete segments. The approach proves more intriguing than insightful. 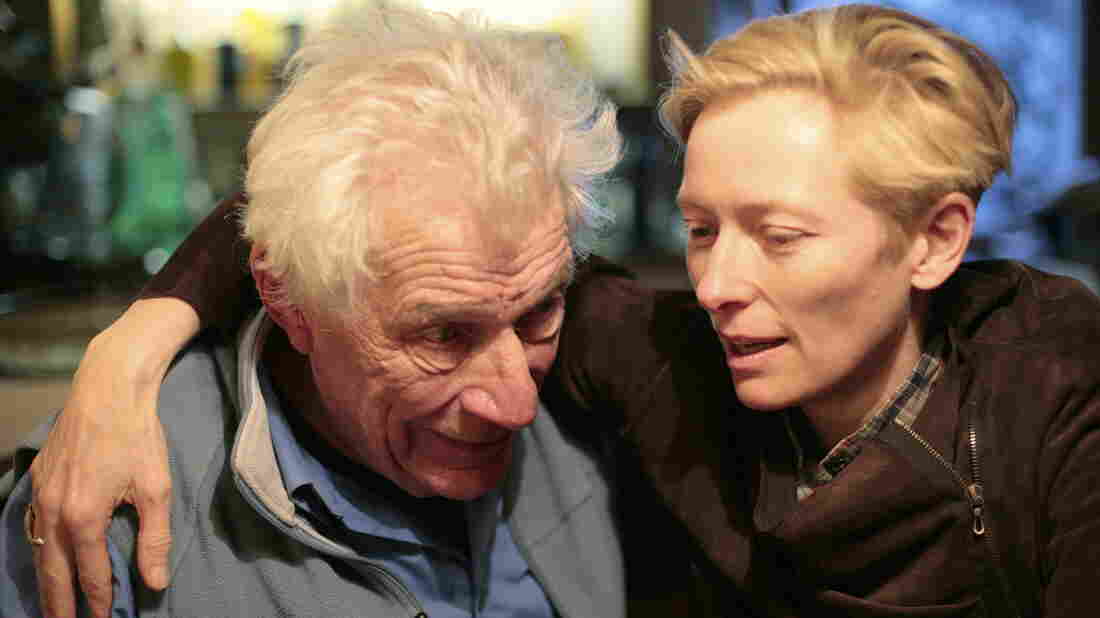 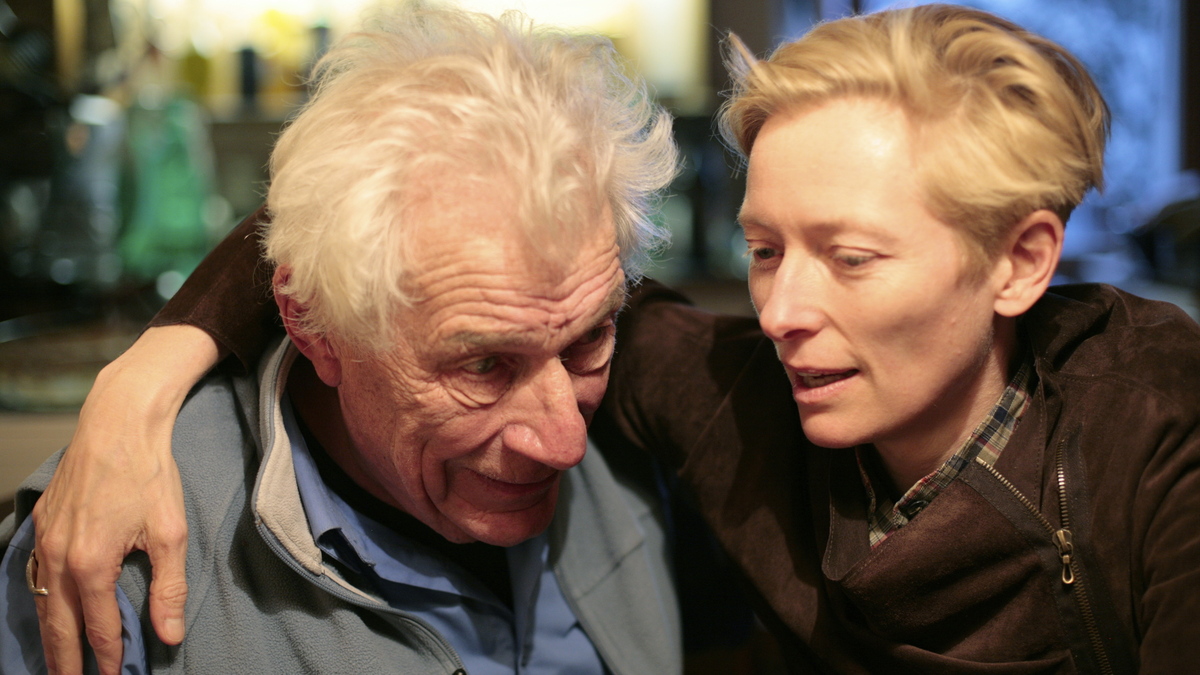 Writer and critic John Berger and friend Tilda Swinton in the new documentary The Seasons in Quincy.

The Seasons in Quincy: Four Portraits of John Berger is often lyrical and sometimes poignant. Yet the impressionistic documentary about the Marxist art critic and self-styled "storyteller" — novelist, screenwriter and more — doesn't quite deliver what its title promises.

We do see different seasons in Quincy, the French alpine hamlet where the London-born Berger has lived since the 1970s, but that natural cycle has little or no significance to most of the chapters. And the four renderings we get of Berger are sketches, not full portraits.

Each segment is different in style, and was directed by a different person or team. Yet two figures, aside from the subject himself, are prominent. Actress Tilda Swinton, a longtime Berger friend, is seen or heard in three of the chapters, and directed the last one. British critic and art-film producer Colin MacCabe (now a professor at the University of Pittsburgh) directed the first installment and co-directed the third, in which he also appears.

The wintry first episode is mostly a friendly chat between Berger and Swinton, who were born on the same day a generation apart. Berger's father served in World War I and Swinton's in its sequel, and neither man ever told his children what combat was like. But they couldn't let go of the experience, as Berger reveals with a story about his father's discreet obsession with maps of the Western Front trenches.

Director Christopher Roth asserts himself in the kaleidoscopic second part, which is largely devoted to humans' relationships with animals. The segment features footage of Quincy's pigs and cows, and musings drawn in part from Berger's essay, "Why Look at Animals?" But Roth, whose voiceover narration announces he's a vegetarian, also includes images of creatures in zoos, snippets of Derrida and Heidegger, and the theme from Flipper — a pop-culture touch that doesn't seem very Bergeresque.

Chapter three is the least satisfying. It's mostly a political colloquy among Berger and four others, punctuated with clips from the writer's 1960s career as a British TV pundit. This episode will exasperate viewers seeking a lucid account of Berger's ideology, as well as those skeptical of his onetime support for the Soviet Union and the New Left. (If he regrets any of that, The Seasons in Quincy doesn't mention it.)

The final episode is titled "Harvest," yet was clearly shot in summer. It spends less time with the movie's leading man than with Berger's son, Yves, and two teenage visitors to Quincy. The kids turn out to be Swinton's, and their stay in the French countryside is presented as a wordless, near-idyllic montage. Swinton even used a drone for sweeping shots of the mountain pastures where cows graze without any of the moral complications of Roth's section.

The film ends with Berger on a motorbike, one of many moments that charmingly display the 89-year-old's contagious enthusiasm and delight in everyday pleasures. What the four chapters don't offer are a coherent introduction to Berger's thought, or an analysis of how well it's held up.

The movie is mostly a love letter, designed for people who already know and appreciate Berger's work. That approach is fine for the biographical passages, but it discounts Berger's own vocation when the conversation turns to art and politics. For a study of a critic, The Seasons in Quincy is frustratingly uncritical.