Accessibility links
Donald Trump's Immigration Plan Would Set Spending Records His proposed "great wall" gets all the attention. But his plan would mean record spending on top of what's already record spending on border enforcement. 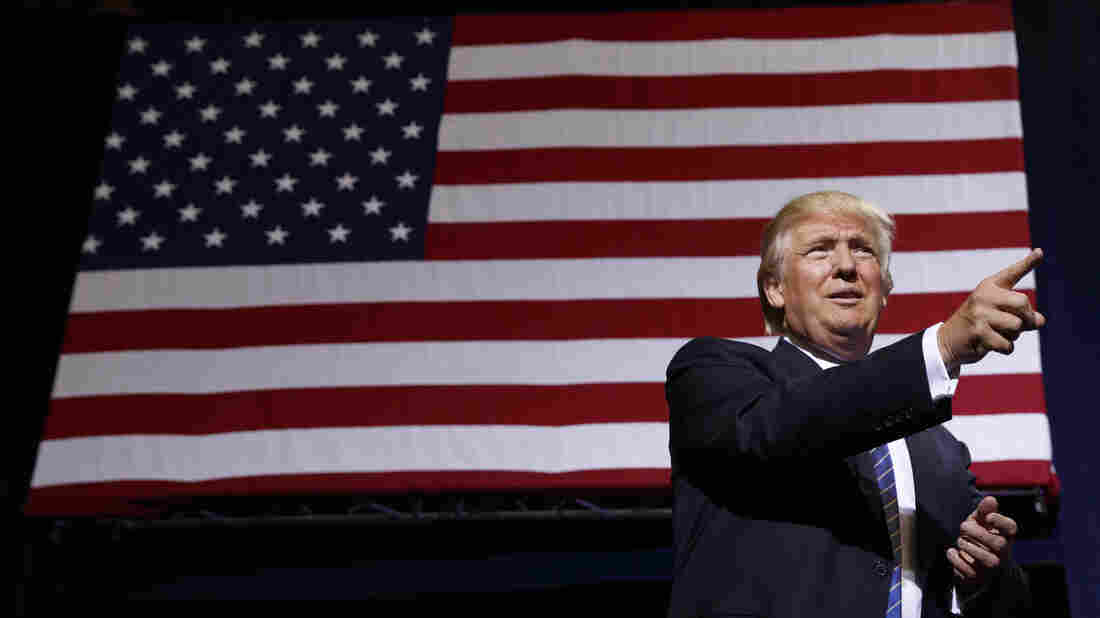 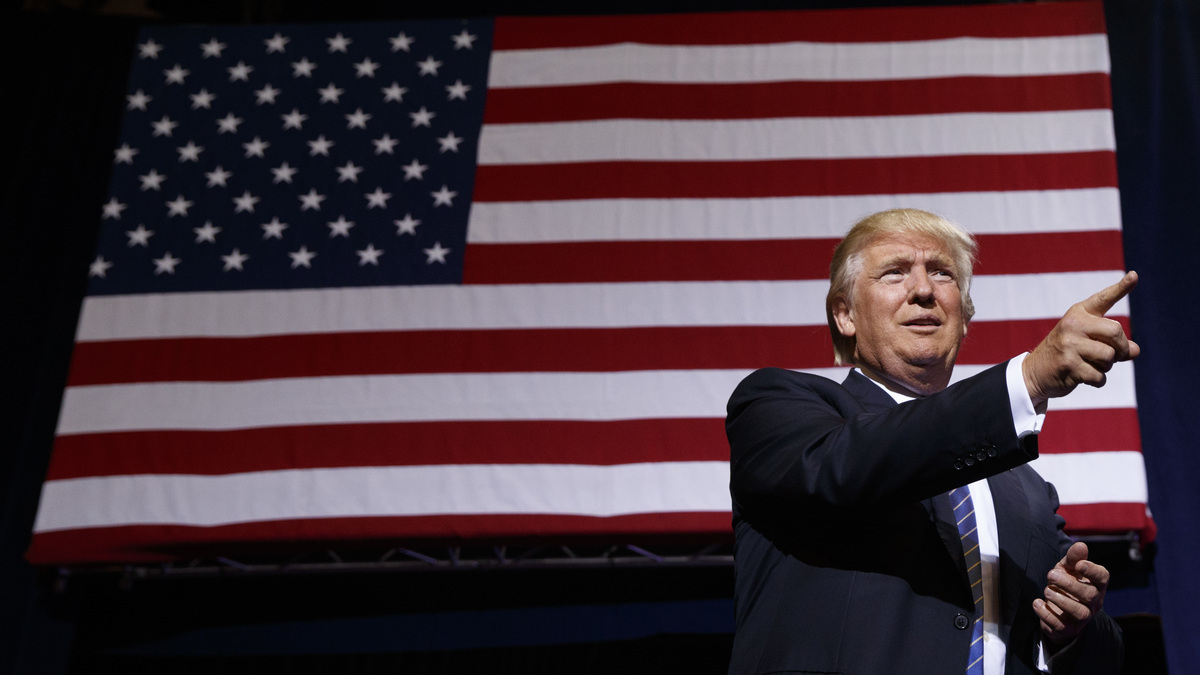 But that would continue an already decade-long expansion of the government agencies responsible for those tasks — even as the number of illegal border crossers has shrunk dramatically. That's not even to mention the billions of dollars it would cost to build a brick-and-mortar wall across the length of the entire U.S.-Mexico border.

Here are six things to consider:

1. Border Patrol agents have doubled and the 2013 Senate bill proposed a bigger increase than Trump: The number of authorized agents has more than doubled since 2002 to more than 21,000. (According to the National Border Patrol Council, the officers union, about 1,500 of those authorized positions are unfilled owing to attrition.)

Trump's proposal would represent a 24 percent increase in authorized jobs. The bipartisan immigration bill passed by the Senate in 2013 would have gone even further, expanding the Border Patrol to more than 38,000. Federal spending on the Border Patrol has also grown rapidly, climbing from $1.4 billion in fiscal year 2002 to $3.8 billion last year.

2. Apprehensions are down: Despite the growing number of officers patrolling the border, fewer would-be crossers are being caught. Apprehensions have fallen 79 percent from their peak in 2000.

This is generally seen as a sign that fewer people are trying to cross the border illegally. Increased border security and a slow-growing U.S. economy are thought to have discouraged illegal immigration. The Pew Research Center found that more Mexicans left the United States than entered between 2009 and 2014.

3. Spending on enforcement is way up: As with the Border Patrol, federal spending on Immigration and Customs Enforcement, which shares responsibility for enforcing immigration law, has already jumped by 84 percent since 2005. Trump did not say how he would raise the money to triple the ICE deportation force.

4. Deportations — or "removals" in ICE parlance — increased during President Obama's first four years in office, reaching a peak of 409,849 in 2012. Since then, deportations have been dropping to a low of 235,413 last year. Since 2014, the Obama administration has focused on deporting recent arrivals and criminals. There have been fewer deportations of immigrants who have lived in the U.S. for years and whose only crime was crossing the border illegally. In all, about 2.8 million have been deported under Obama.

Unlike this president, though, Trump says there should be no path to legalization for these longtime immigrants, short of returning to their home countries and reapplying for admission. Trump stopped short of repeating his call for mass deportation, saying the status of these immigrants could be addressed "in several years," after a "great wall" is completed and illegal flows are ended for good. In the meantime, he wants to prioritize deportation of "criminals, gang members, security threats, visa overstays" and those who rely on public welfare, along with "millions of recent illegal arrivals."

The Washington Post estimates that, in all, some 6 million people could be subject to deportation if Trump's promised policies were to take effect.

5. Criminal deportation because of foot-dragging or something else? Trump said there are "at least 2 million criminal aliens now inside the country," who would be deported immediately if he becomes president. That figure comes from an analysis of ICE data by the Center for Immigration Studies, a group that advocates for low immigration. According to the center's executive director, Mark Krikorian, that figure includes immigrants living legally in the U.S. whose criminal record makes them eligible for deportation.

Trump suggested the only reason criminals haven't been deported already is federal foot-dragging.

"The local police know who every one of these criminals are," he said. "They've put up with it for years. And now, finally, we will turn the tables and law enforcement will be allowed to clear up this dangerous and threatening mess."

6. Go back to ... Canada? Trump says he'll make a priority of removing visitors who overstay their visas — an estimated half-million people each year. According to the Pew Research Center, nearly 1 in 5 overdue-visa holders comes from Canada.