Accessibility links
Congress To Tackle Government Funding, Zika Virus And Potential IRS Impeachment During Fall Session There are only two must-pass items on the agenda: a short-term funding bill to keep the government running past Sept. 30, and a separate funding bill to combat the spread of the Zika virus.

Congress Returns: Much Ado About Little To Do

Congress Returns: Much Ado About Little To Do 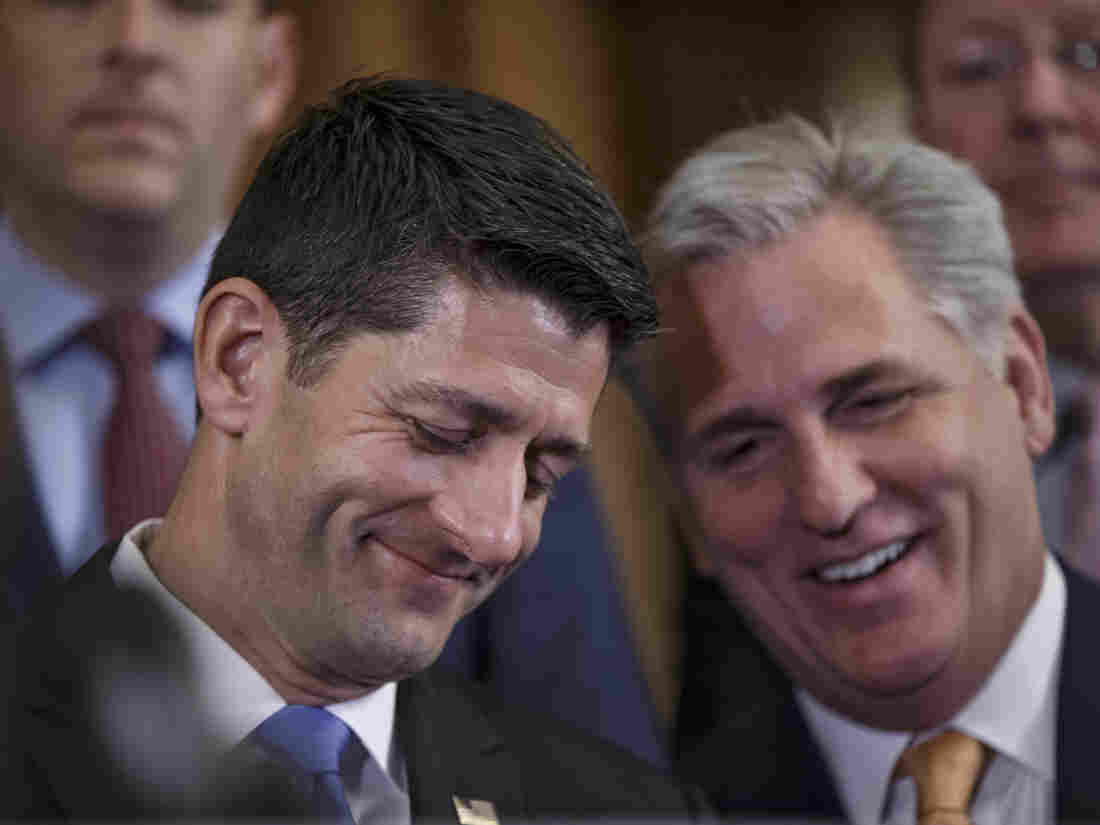 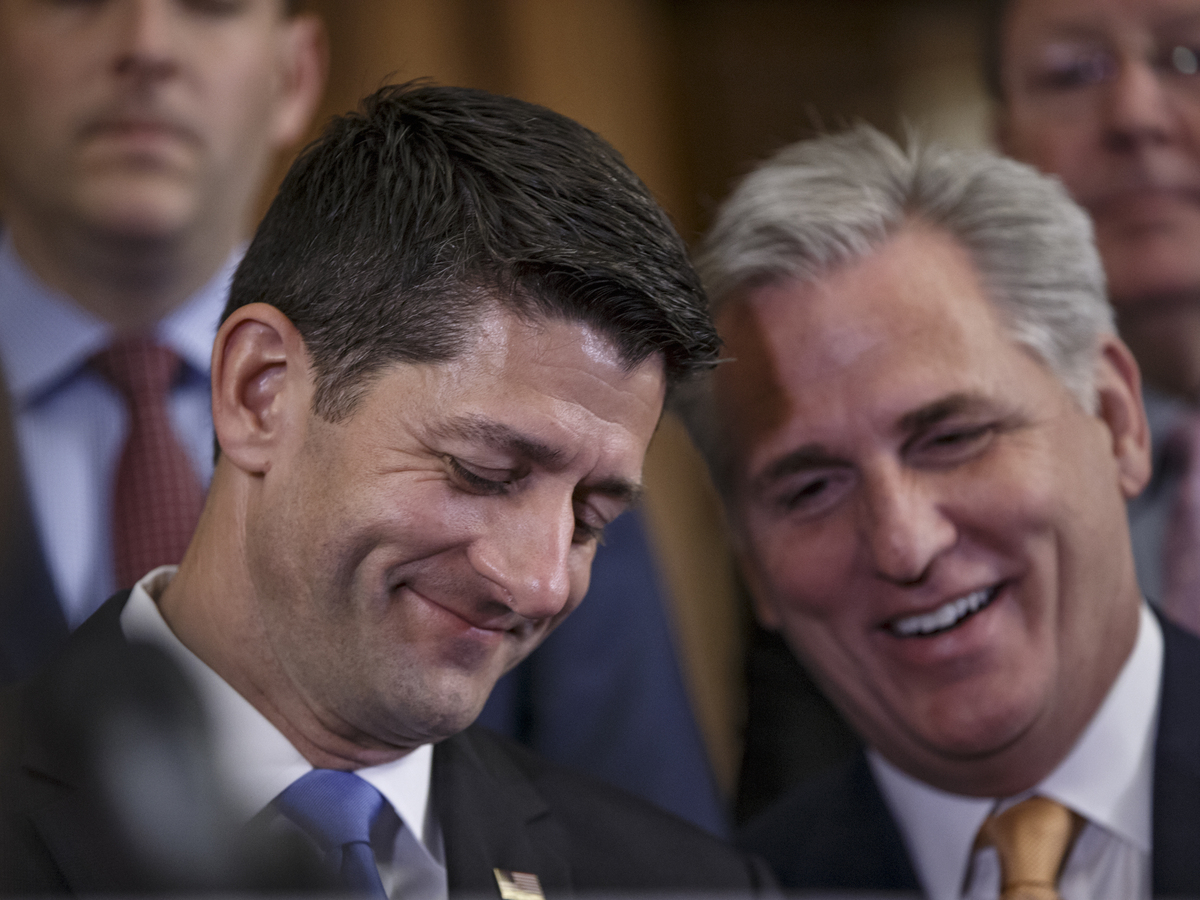 Lawmakers return to Washington on Tuesday for what GOP party leaders are hoping will be an uneventful September for their party's most vulnerable members.

"We want a clean entry and a clean exit," says one Senate GOP aide, who spoke on condition of anonymity to speak candidly about internal deliberations.

September's four-week legislative stretch is the last chance for congressional action before Election Day. There are only two must-pass items on the agenda: a short-term funding bill to keep the government running past Sept. 30, and a separate $1.1 billion funding bill to combat the spread of the Zika virus. Republican leaders are also trying to head off an attempt by some conservative lawmakers to impeach the head of the Internal Revenue Service.

Instead of trying to force tough political votes, party leaders and those vulnerable lawmakers would prefer to be on the campaign trail. "There's no upsides to trying to force any unnecessary votes," the aide said.

But some conservative Republicans feel differently.

There is an effort among a faction of House Republicans to punt the short-term funding bill into next year. The goal is to preempt a 'lame duck' session after the election to block any last minute dealmaking before President Obama leaves office.

Some progressive activists agree because they fear a renewed effort to approve the Trans Pacific Partnership, a long-delay and controversial trade pact that has come under fire this election year.

Those concerns continue despite House Speaker Paul Ryan, R-Wis., and Senate Majority Leader Mitch McConnell, R-Ky., assurances that there will be no TPP votes in the lame duck.

Senate Democrats will block any effort to avoid a lame duck session, Minority Leader Harry Reid, D-Nev., told reporters on a Thursday conference call. "We are not doing anything into next year," Reid said. Democrats do support a stop-gap funding bill into December and would vote for it, Reid added.

Congress also has to resolve a months-long dispute over funding Zika virus research and prevention efforts. Senate Democrats blocked consideration of the $1.1 billion House-passed bill because it included policy riders that they say would would block funds for Planned Parenthood, a health care provider at the front lines of the Zika crisis.

Ratcheting up pressure on Congress to resolve the funding dispute is a warning last week from Thomas Frieden, director of the Centers for Disease Control and Prevention, that the agency is almost out of money fight the virus.

On Friday, Sen. Marco Rubio, R-Fla., who is one of the senators facing a competitive reelection, said he expects the Zika funding bill to be "part of whatever spending bill ultimately passes to fund the government beyond Sept. 30."

"These are not statistics, they are real people," Rubio said, noting that 17,000 Americans are infected with Zika, including 696 in his home state. "And they don't even tell the full story of Zika's impact on our country, given that many women are putting off having children because of it, pregnant women who have not contracted the virus live with the worry that they might, and our economy, businesses, and workers are feeling the effect of tourists postponing trips to Florida."

Behind the scenes, there is also a potential show down brewing between a faction of House conservatives and party leaders over whether or not to pursue impeachment proceedings for John Koskinen, commissioner of the Internal Revenue Services.

Members of the House Freedom Caucus have been pursuing impeachment charges for months against Koskinen in relation to the fallout from the 2013 IRS scandal when the agency was targeting certain political groups who were seeking tax exempt status.

Koskinen was not there at the time, but he's made missteps and misstatements in his dealings with Congress that have infuriated a number of conservatives.

Many Republicans are reluctant to have an impeachment fight weeks before an election, and many do not believe that Koskinen has met the threshold of committing "high crimes and misdemeanors" to trigger impeachment proceedings. He has not been charged with any crimes.

If the impeachment effort moves forward, there is potential for a dramatic political showdown this month. It could rile up Congress and the country at a time when Republican party leaders are hoping to avoid just that.