Accessibility links
Some Disabled Americans Don't Have The Right To Vote, Now There's A Movement To Change That Tens of thousands of Americans with disabilities have lost their voting rights, often after a court assigns them a legal guardian. Now, some of those affected are petitioning to get back those rights. 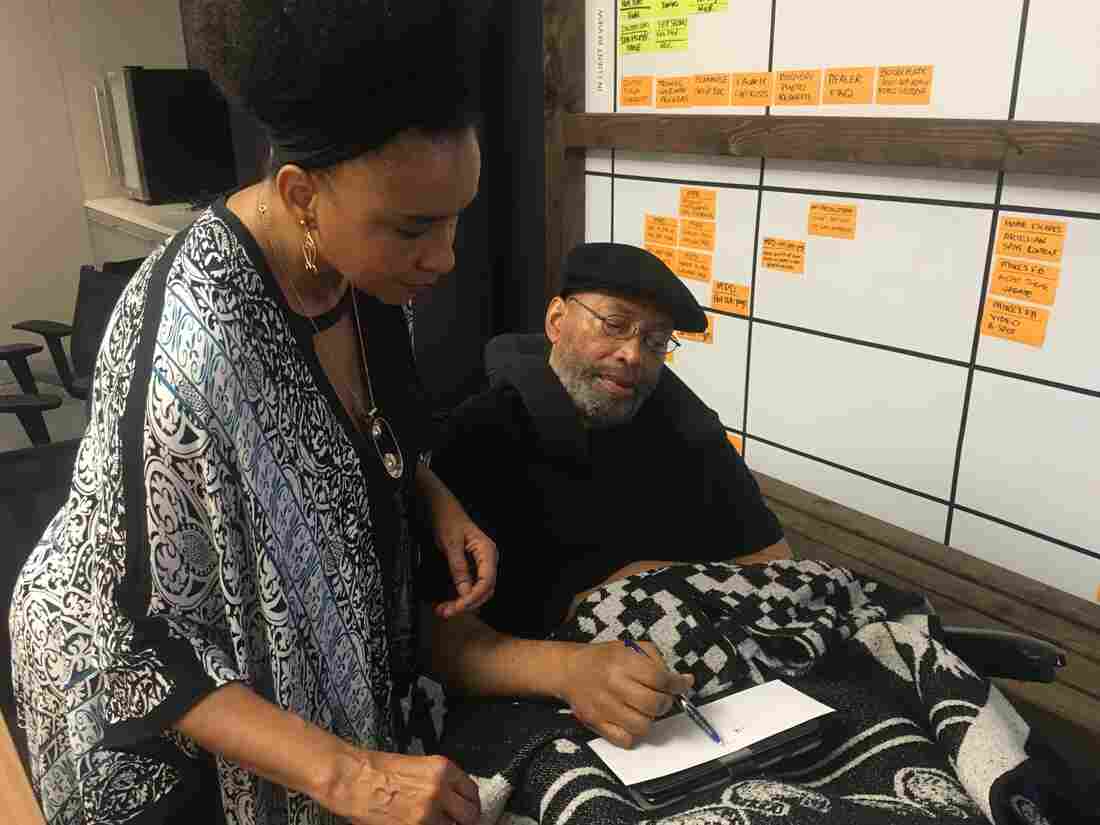 Rosalind Alexander-Kasparik cares for her fiance, David Rector, who's trying to have his voting rights restored five years after a judge ruled that a traumatic brain injury disqualified him from casting a ballot in San Diego. Elliot Spagat/AP hide caption 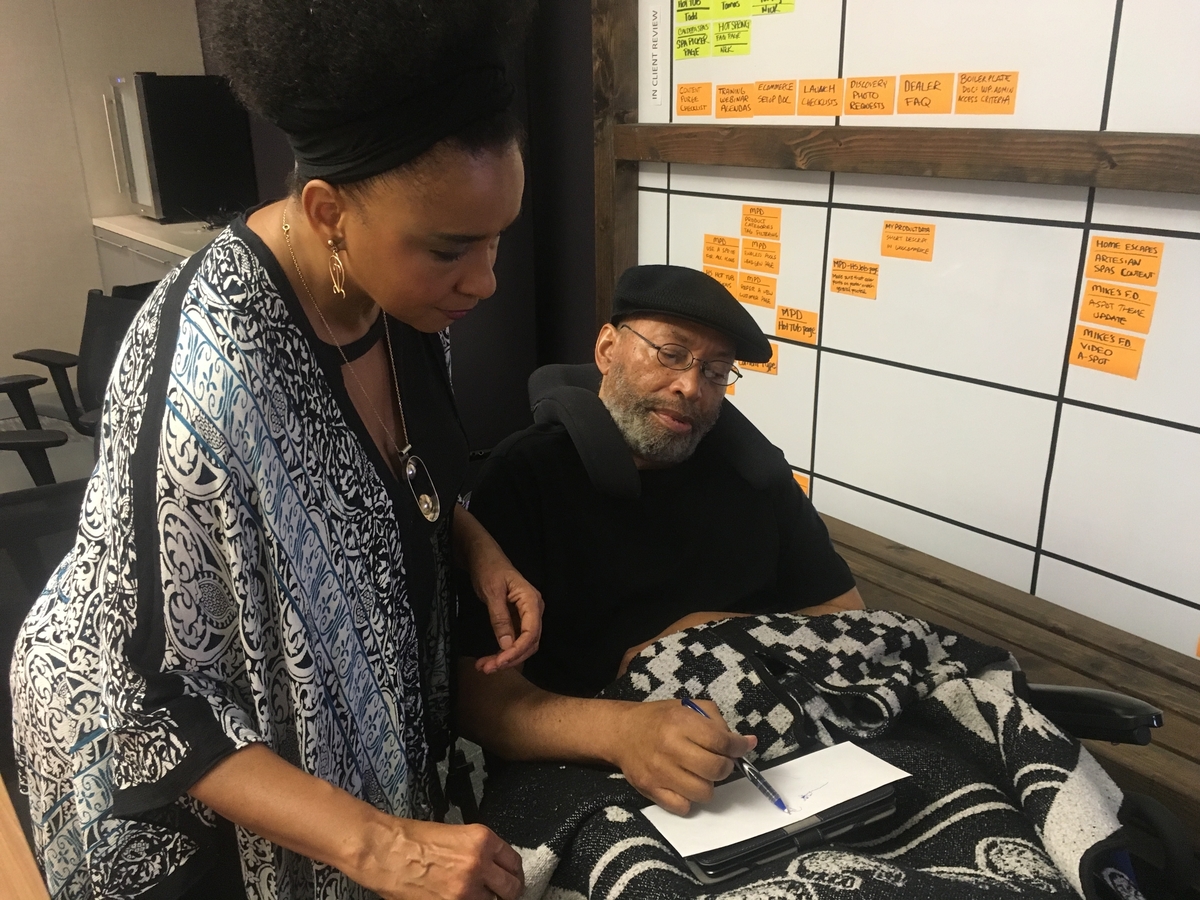 Rosalind Alexander-Kasparik cares for her fiance, David Rector, who's trying to have his voting rights restored five years after a judge ruled that a traumatic brain injury disqualified him from casting a ballot in San Diego.

Tens of thousands of Americans with disabilities have lost their voting rights. It usually happens when a court assigns a legal guardian to handle their affairs. Now, some of those affected are fighting to get back those rights.

David Rector recently went to Superior Court in San Diego, Calif., to file a request to have his voting rights restored. Rector lost those rights in 2011 when his fiance, Rosalind Alexander-Kasparik, was appointed his conservator after a brain injury left him unable to walk or speak.

Alexander-Kasparik says he was still able to communicate his wishes to a court clerk.

"He did manage to say through his electronic voice on his eye-tracking device, 'I, David Rector, want my voting rights restored, immediately,'" she told supporters outside the courthouse.

That's crucial, because under a new California law, individuals with guardians have to express a desire to vote to be able to do so.

Rector, who used to work as a producer for NPR, is believed to be one of more than 30,000 Californians — and an unknown number of others in the U.S. — who've lost their voting rights under state guardianship laws.

She says just because someone can't do one thing, doesn't mean they can't do another.

But such distinctions are seldom made in laws that vary widely around the country. Eleven states do not disqualify individuals from voting because they have a mental disability. But in other states, individuals under guardianship are routinely barred from voting. In still others, such individuals need to show they have either the ability or desire to cast a ballot, before they're allowed to do so. Mathis says this often means disabled voters are held to a higher standard than everyone else.

"Those people end up having to answer questions like: Who's the governor? Who's the president? Who's the mayor? Why do you want to vote? How would you vote on a particular issue? And those are exactly the type of questions we never would impose on voters without disabilities," she says, arguing that this violates the Voting Rights Act.

Mathis says in some cases, the individual — and even the guardian — might not be aware that their voting rights have been taken away because the guardianship process is complicated.

Still, the issue is hardly black and white. Some people worry that those under guardianship could have their votes manipulated by someone else. When California softened its law last year — to allow people to keep their rights if they expressed a desire to vote — Republican State Senator Jeff Stone objected. He said the law would take discretion away from judges in guardianship cases.

"I think this bill is equating desire to vote with the competency to vote. A conservatee may want to drive a car, but may not be competent or able to drive a car and get a license is a perfect example," he said.

In Rector's case, the judge ruled Aug. 29 that she was not yet convinced he should have his rights restored, and that she needed more evidence that he wants to be able to vote.

Alexander-Kasparik said she's hopeful Rector will prevail but was disappointed he'll have to wait longer to get back his rights.

"That hurts. I think that hurts David. I know it hurt me. It hurt me for David," she said. "And it hurt me for, you know, all those people out.."

As she spoke, Rector let out a loud moan.

"That's David's response. Did you hear it?" she asked.

Alexander-Kasparik says Rector is very eager to vote this November. She says he spends much of his time following the news on TV and radio, and is better informed than many voters. Now, they have to convince the judge.