Accessibility links
Meet The Woman Who's Been Pearl Jam's Sound Engineer For 24 Years After three decades doing live sound, Karrie Keyes is still one of few female engineers in the business. Some Pearl Jam fans know her on sight. 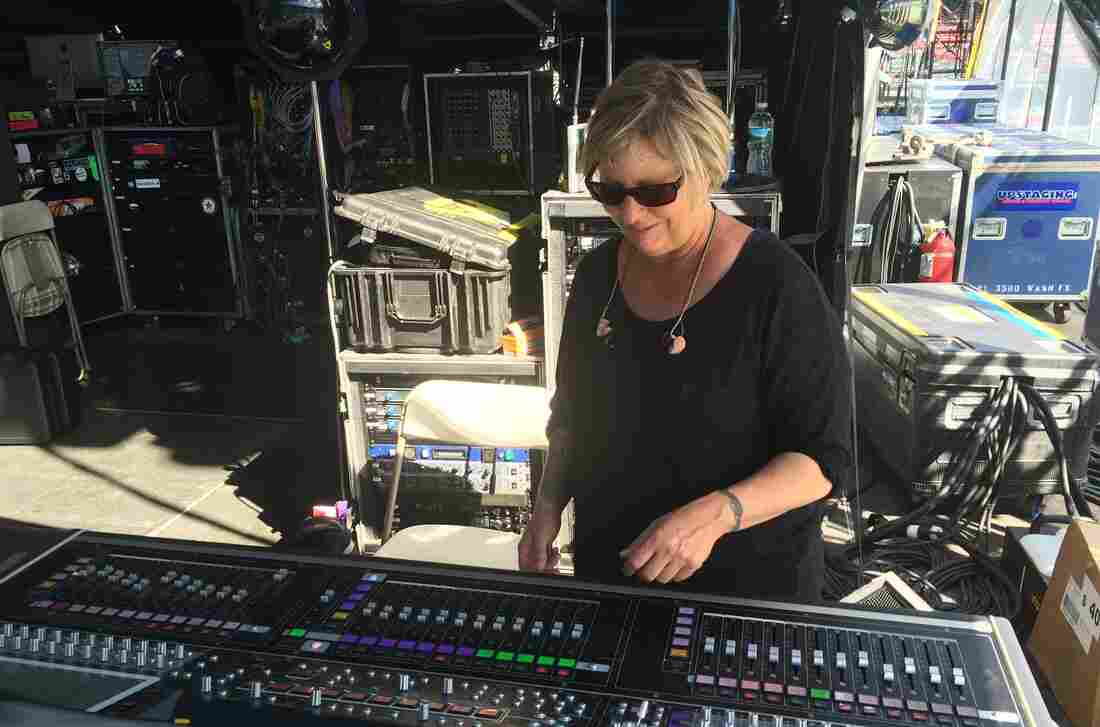 Karrie Keyes stands at her soundboard at a show at Boston's Fenway Park in August 2016. From here, she communicates with the members of Pearl Jam to get the monitor mix just right. Caroline Losneck hide caption 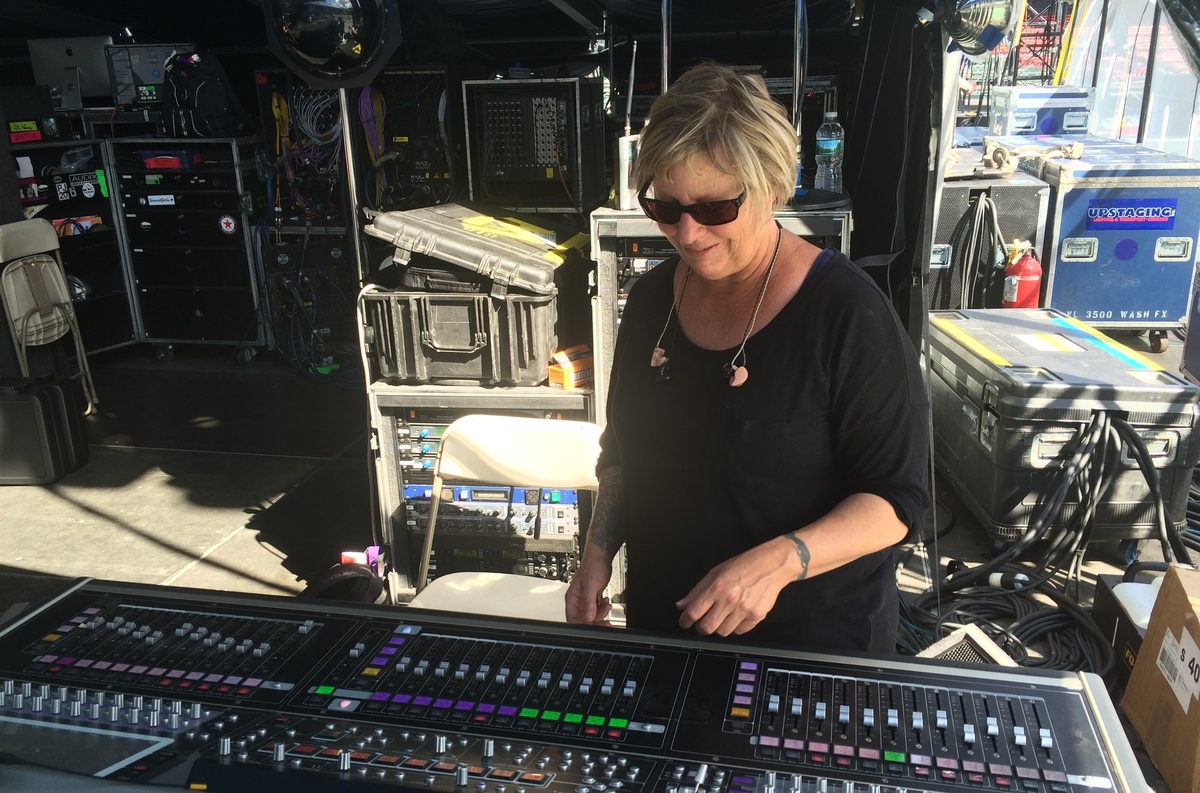 Karrie Keyes stands at her soundboard at a show at Boston's Fenway Park in August 2016. From here, she communicates with the members of Pearl Jam to get the monitor mix just right.

Lots of people have jobs where they make their boss look good. But for over two decades, Karrie Keyes has been making sure her bosses sound good. Keyes is a sound engineer, and her bosses just happen to be Pearl Jam.

"Half our fans, they know who I am because they see me come out on stage," Keyes says. "The 'microphone girl,' because I'm checking the mics."

Keyes (whose last name rhymes with "eyes") is Pearl Jam's monitor engineer, which means she doesn't deal with the sound the audience hears. Rather, she mixes the sound the individual band members hear, through earbuds and speakers, while they're playing live.

From offstage, Keyes communicates with the band, especially lead singer Eddie Vedder, mostly using hand signals. The conditions for her work are unpredictable: Everything from weather and humidity to crowd size and sweat-drenched microphones can change what the musicians are getting in their ears. Over time, she's redesigned her monitor system specifically to suit the band's needs.

Keyes has been with Pearl Jam for 24 years. Her career dates back to when, as a punk-loving teenager at a Black Flag show, she met a sound engineer who offered her a job.

"When I started, it was loading trucks: putting all the equipment back in the trucks, then taking it out of the truck," Keyes says.

She learned to survive on $50 a week, taking any work she could: punk shows, mariachi gigs, gospel festivals. Not every show was great, and as one of few female engineers, she ran into sexism frequently — but she says travel and variety made up for the drawbacks.

"You were gonna go someplace else the next day, so it didn't matter," she says. "That was the selling point: Every day was new and every day had the potential of being an amazing day."

By the early 90s when Pearl Jam exploded, Keyes was on the road a lot. Then, she had twin daughters. While she was touring, their dad, aunts and sometimes a nanny took care of them. It was challenging.

"It took me probably till they were three or four to actually come to terms with, 'You know what, I'm actually a better mother if I'm doing what I love doing.' So that when I'm here, I'm completely here."

"That's some serious bravery: doing this job, touring all the time and having two kids," he says. "I remember, you know, when she was pregnant–pregnant on tour. Having babies and raising them and trying to tour at the same time just wasn't an easy thing."

"Everyone's had a mentor, a teacher, a guide," Keyes says. "The crew and the band has earned being here. And we're going to go out and put on a really good show."

The concert audio in this story, recorded at Fenway Park in Boston on Aug. 7, 2016, was provided courtesy of Greg Nelson, John Burton and Pearl Jam.