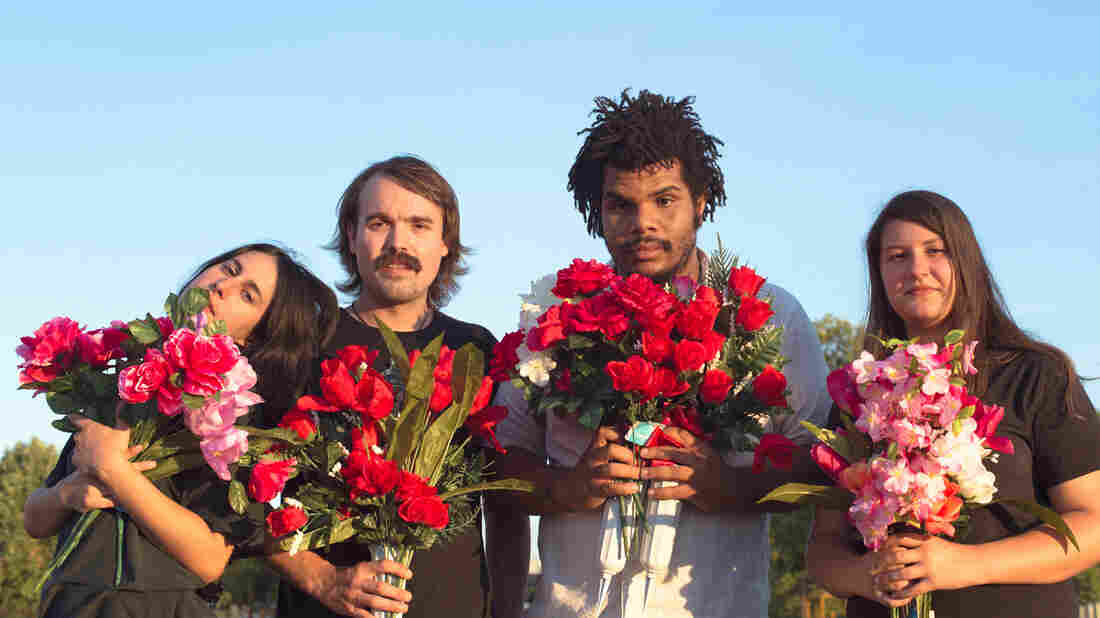 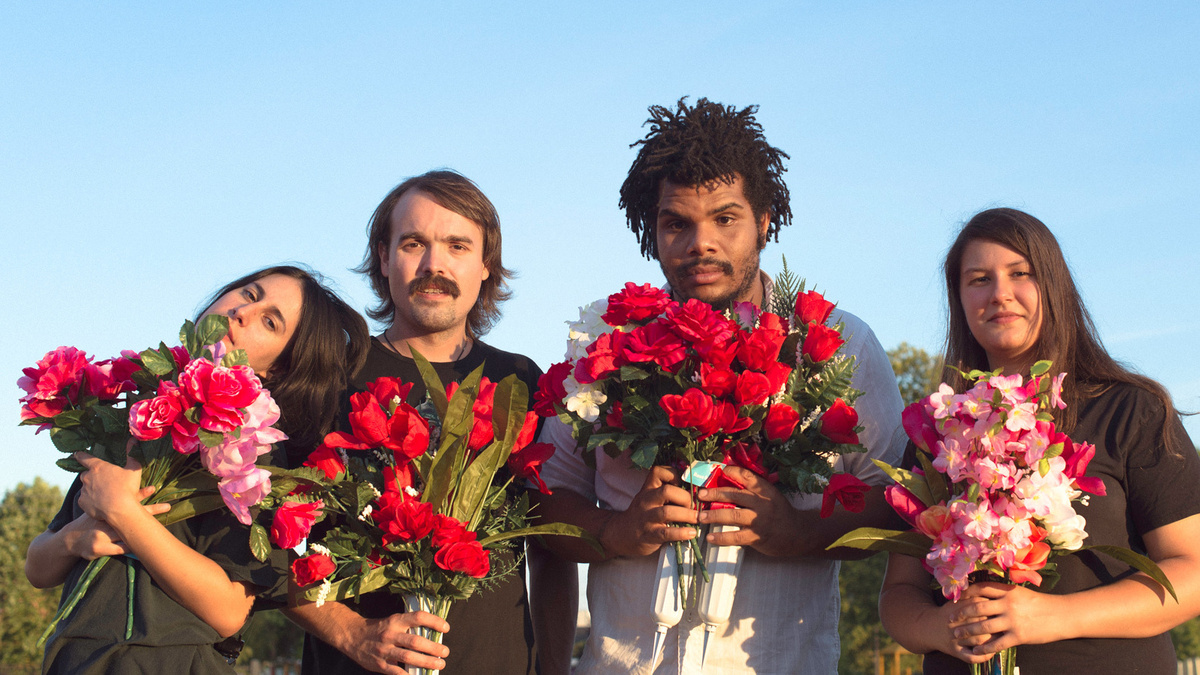 Scott Troyan/Courtesy of the artist

A recent tweet from Philadelphia's Mannequin Pussy says "i appreciate heartbreak only because of how transformative it can be." That may as well be the thesis of the band's forthcoming album, Romantic, though you wouldn't necessarily know it from the record's sound: brawny punk with a fuzzy pop streak.

Mannequin Pussy's debut album, GP, mixed stormy angst with blissed-out shoegaze pop, tied together by singer Marisa Dabice's powerful voice. Now, on Romantic, the band's double-sided pop-punk approach has a touch more finesse. What started as a duo comprising Dabice and Thanasi Paul turned into a trio for GP; for Romantic, the band grew again, adding Kaleen Reading on drums and Colins Regisford on bass. As a quartet, Mannequin Pussy's harsh edges are even sharper, its pop hooks more playful. But somehow, the result feels less two-faced and more synthesized, with disparate impulses coalescing instead of fighting for attention.

Underneath the band's instrumental muscle is Dabice's surprisingly vulnerable poetry. In Romantic's title track, her voice reaches, pleads, yearns through sickly-sweet declarations ("I get along with / everyone I meet / I'm so sweet") before cracking with sheer, brutal frustration ("Stop taking this s**t out on me"). Elsewhere in Mannequin Pussy's discography, Dabice's voice has been impressive in its ability to match the commanding rage of bruising punk guitars and thrashing drums; even when she sings pop hooks, there's nothing bubblegum about it. But in "Romantic," Dabice shows she's equally adept at letting the tenderness of her lyrics bleed into her delivery — even if just momentarily. This is a love song for letting your guard down before losing your mind when that process inevitably screws you over. Romantic indeed.