Accessibility links
From Homemade Weapons To Inmate Art, An Inside Look At Life Behind Bars The Texas Prison Museum displays wooden guns that look real, shanks made from spoons and a chess set carved from soap. The item that gets the most attention? An electric chair nicknamed Old Sparky. 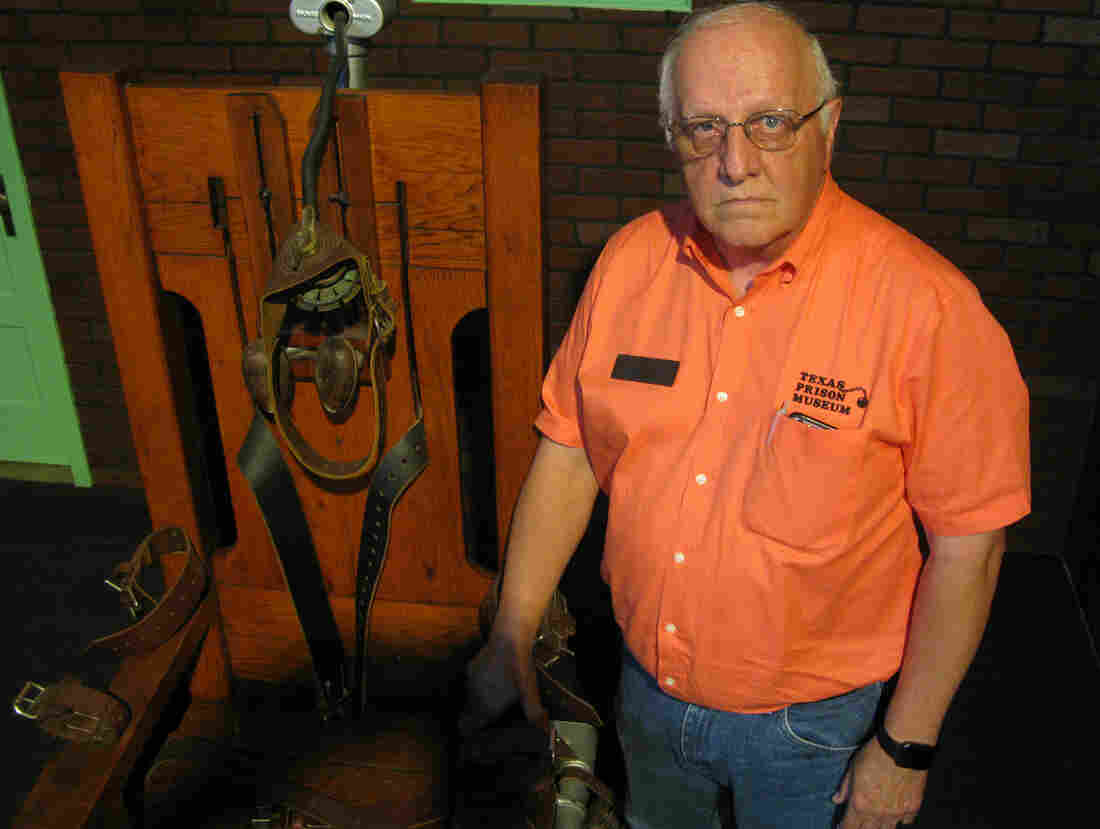 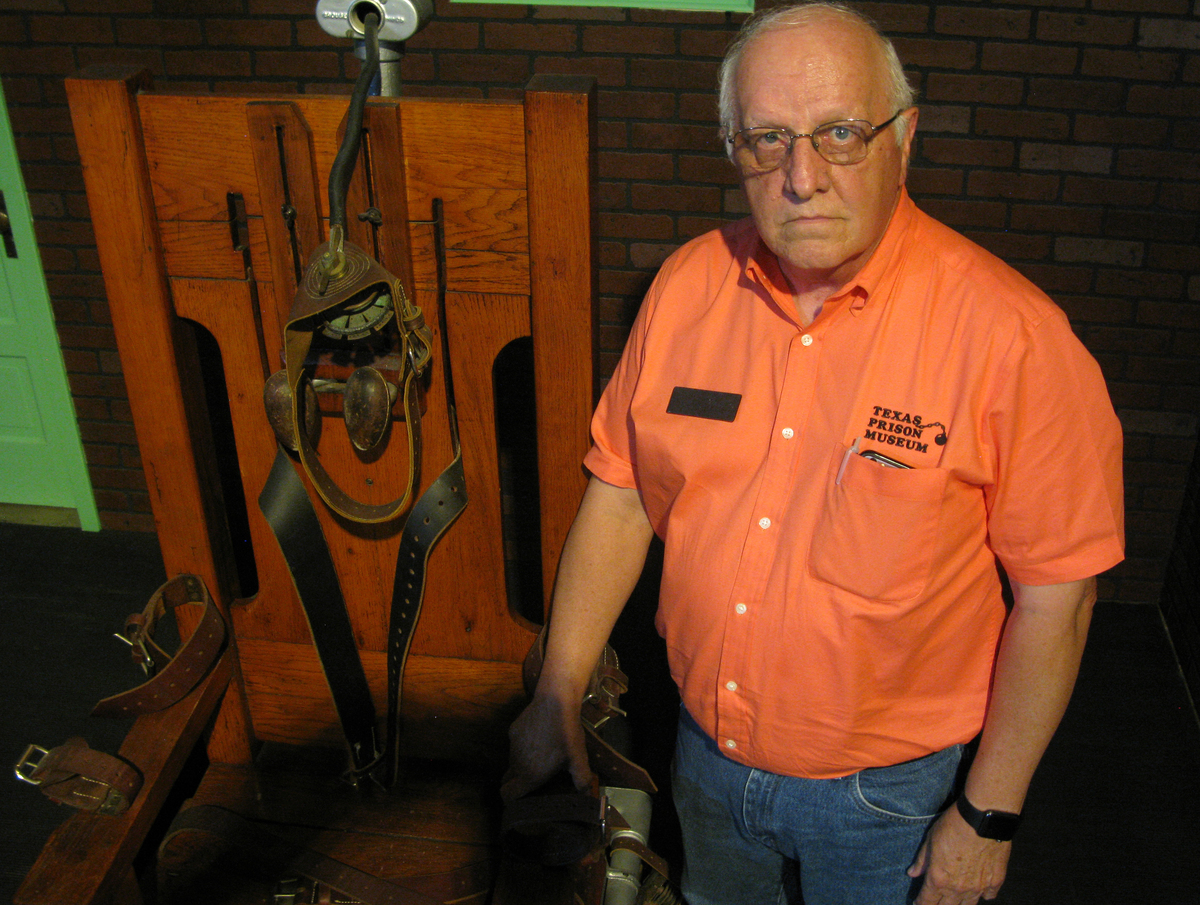 Texas Prison Museum Director Jim Willett with the retired electric chair, "Old Sparky," the most popular exhibit in his museum.

It's no wonder that in Texas, home to the largest prison system in the nation and the busiest death chamber in the developed world, there's a museum about its prisons.

To find it just look for the sign with the ball and chain on Interstate 45, north of Houston.

Jim Willett, the Texas Prison Museum director, is not your typical museum docent. His deep knowledge of the artifacts of state-ordered punishment comes from the years he oversaw the looming, red-brick penitentiary in downtown Huntsville known as The Walls.

"Prior to coming here I worked for 30 years for the prison system and was a warden for the last 8 years I was there," he says.

Some of the exhibits in his museum reflect the inmates' resourcefulness in their longing for freedom.

"This, I'm gonna tell you, is my favorite display of the museum. These are three pistols, small handguns, that I think most people walk right by as they're visiting the museum," he says. "But those pistols are actually carved out of wood and painted, and they look really real." 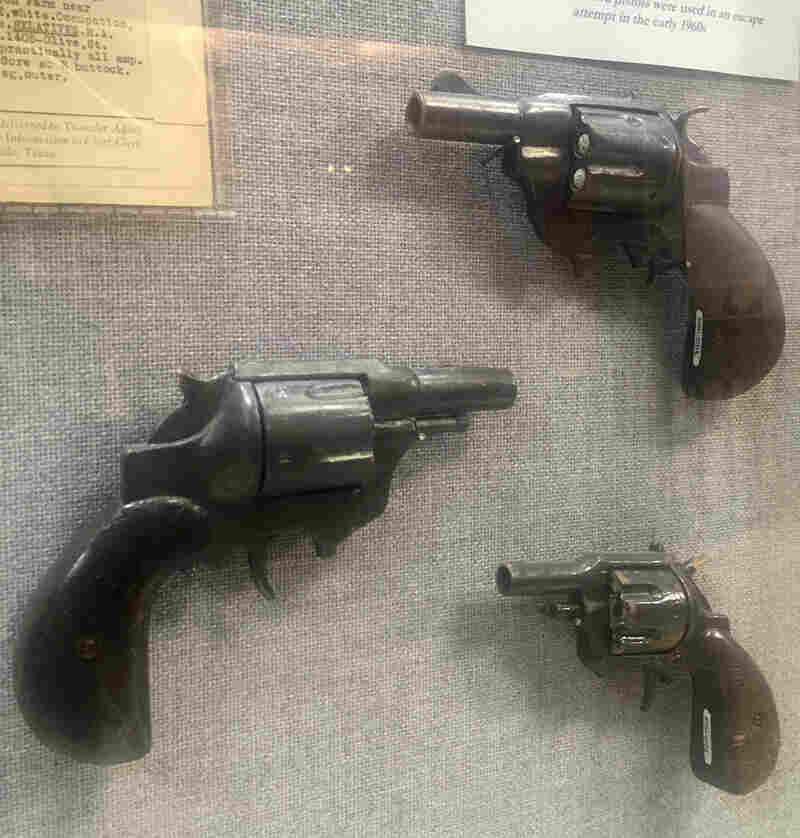 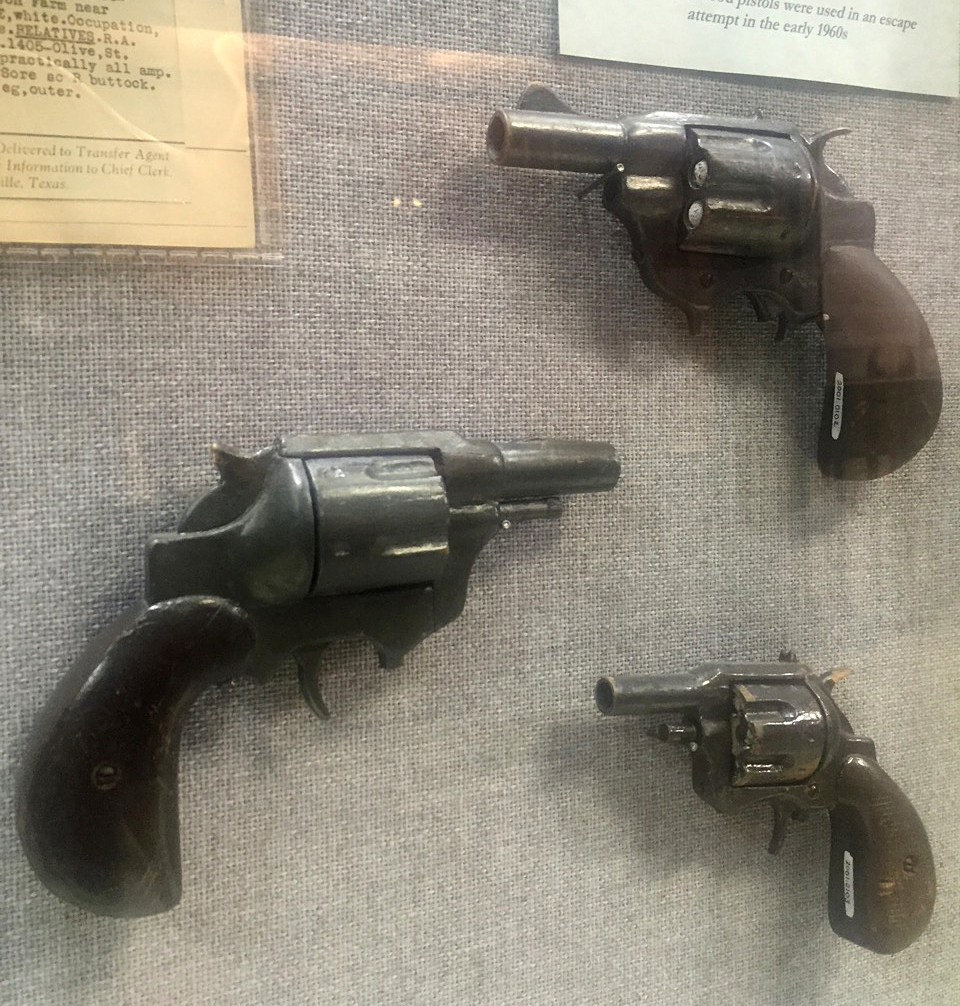 Realistic-looking wooden pistols carved and painted by an inmate at the Walls Unit prison in Huntsville, Texas, in 1964. They were intended to be used in an escape attempt but were discovered by employees of the prison.

The weapons were never used in an escape attempt.

"They found 'em before the inmates were gonna try to use 'em," Willett says.

There is homemade rope attached to a homemade grappling hook to scale the walls, a carved wooden propeller for a chimerical flying machine and a short-handled, inmate-made shovel used in a stunningly unsuccessful tunneling attempt.

"Unfortunately, they came up in the warden's back yard and the warden's wife was out there," Willett says. "She was able to call for help."

Another display shows prisoners' ingenuity in making weapons to use on each other or the guards. Shanks for stabbing are fashioned from spoons, antlers and odd scraps of metal. Two padlocks fastened to a rope makes a handy flail. A length of pipe with a screw-on firing pin is a crude zip gun.

And there's convict art: a jewelry box built of matchsticks, a chess set carved out of soap, a purse made from Camel cigarette packs — back when the prison system allowed smoking. 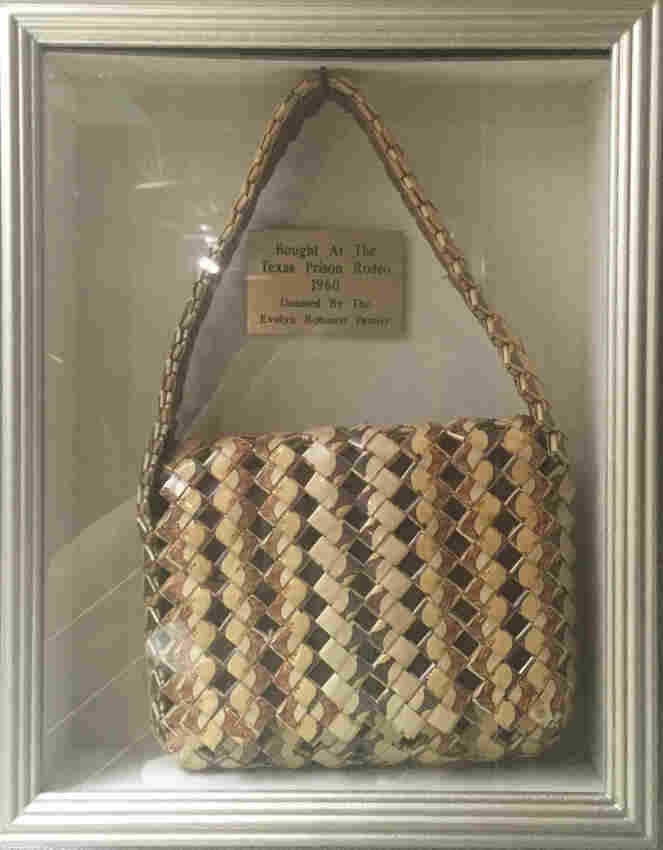 A convict made this purse out of Camel cigarette packages. Tobacco had been sold in prison commissaries but was banned in 1995. Courtesy of Texas Prison Museum hide caption

But the exhibit that gets the most attention?

Willett himself oversaw 89 executions by lethal injection when he was warden at The Walls. He doesn't generally talk about it. He doesn't like to get into arguments with visitors who may be against capital punishment. Yet the visitors who come here tend to self-select. He says many are supporters of the death penalty.

For this reporter, the best takeaway from the museum are the handsome leather items, like wallets, made by the inmates. Part of the proceeds go into their accounts. They're one of the few things on display in the Texas Prison Museum that the convicts are encouraged to make.

Morning Edition is visiting unsung museums all across the county, those little-known but ridiculously interesting gems you're glad you stumbled across.