Accessibility links
Actress Pamela Adlon Says 'Better Things' Is Dedicated To Her Daughters Adlon's new FX series is based on her own experience raising three girls as a single mom. Her daughters are "very much a part" of the show, she says. 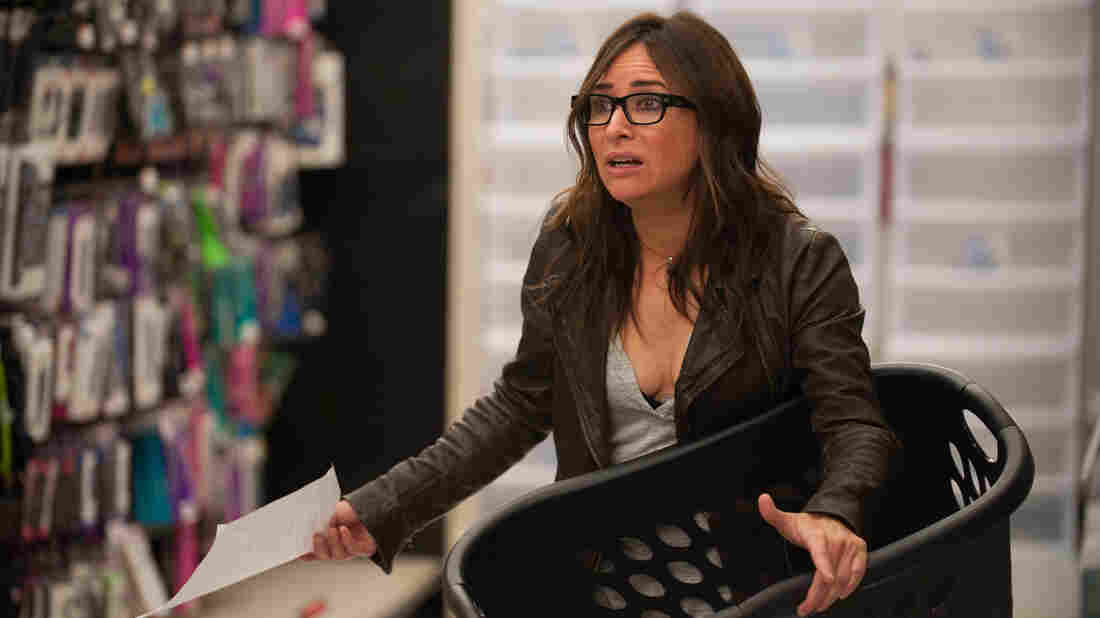 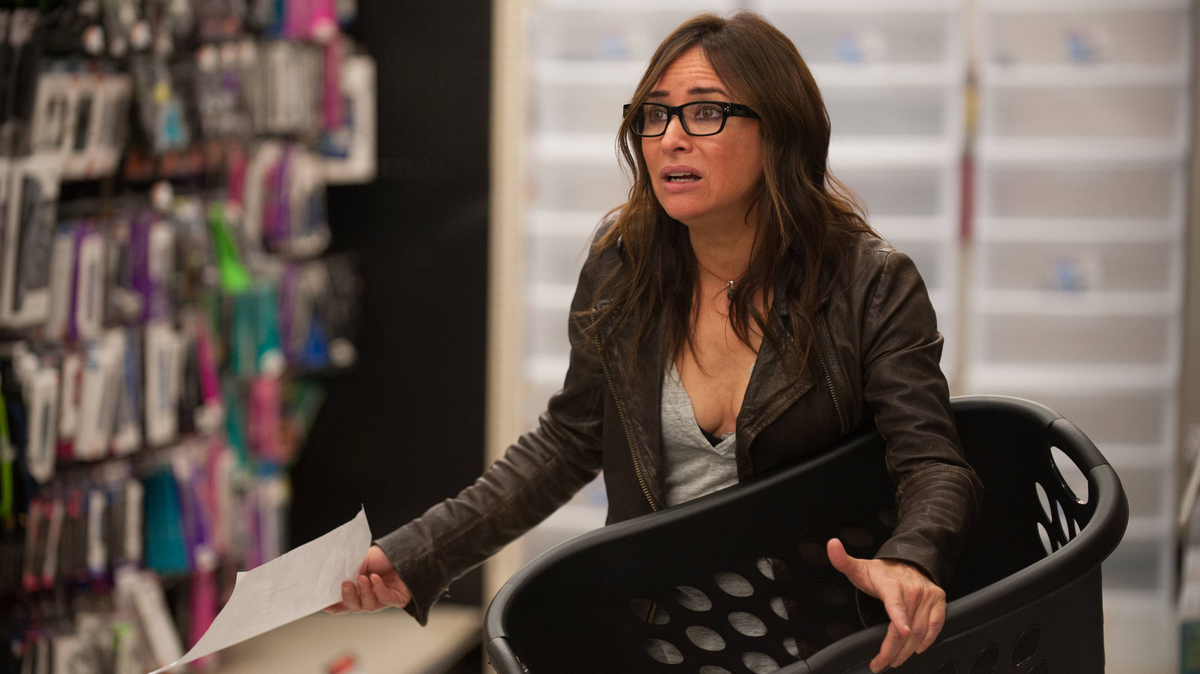 Pamela Adlon plays a single mother to three girls in the series Better Things, which premieres Sept. 8th on FX.

Actress Pamela Adlon and comic Louis C.K. are no strangers to collaboration. They had already worked together on two different series — Lucky Louie and Louie — when C.K. suggested Adlon create her own show that she would star in. Initially, the single mother of three daughters balked.

"I was like, 'Are you crazy? I can't do that! I'm doing this and that, and I got the girls," Adlon tells Fresh Air's Terry Gross. But gradually the idea grew on her, and she began to think of the ways in which her own experiences could be fodder for a series.

Better Things, the show she and C.K. created for FX, stars Adlon as an actress and voice-over artist who is also a single mother. Adlon's character struggles to maintain her career while trying to do right by her kids, who often resist her and create mayhem.

Adlon describes the decision to base the show on own her own life as a "lightning-bolt" moment — powered by her long-time collaboration with C.K. "My writing voice was really nurtured and guided by working with Louis all these years," she says. "I'm able to tell some stories that are mine from my childhood, and some of my friends' from their childhood, and some are my own daughters'."

On the concept for Better Things

My life is extraordinary because it's so normal, but it's so extra for some reason. I always would get a sense like when my daughters and I are together and we're walking it's sometimes feels in my head like we're Reservoir Dogs, it's just the four of us, you know? And I see it in slow motion, and they're completely captivating, my daughters, and they're all individuals and they're just incredible, and their story is incredible. It's so interesting to me to tell the story about three girls at different stages developmentally — not really put into the conversation where's the dad, because that's not really the story to me — the story is this family, this is what this family is.

On Louis C.K. encouraging her to write a show

It was several years ago, I was still working on Californication and Louie and doing my animation stuff, and of course raising my girls, and he said that John Landgraf, the president of FX, had said we want to create a show for a woman, do you have anybody that you'd like to pitch? And Louis said Pamela. ...

So it was percolating, and I would go through the days and do other jobs and I would think, I could do this, like I know how to do this and maybe create a show and run a show. Do I want to do it?

And then the desire came in, and then having to take care of life and take care of other obligations, and then eventually I had to start to say no to certain things so I could pioneer this moment of my future — which is right now.

On involving her daughters in the creation of the show

At first I was being very protective of them in terms of what I was doing and the material. I was guarding the project and I was guarding my actual children so that my kids didn't feel like they were being co-opted or that anything was besting them, you know?

Eventually they started getting involved and they helped me cast the girls, and they put their votes in, and I would run material by them that was appropriate, and they're very much a part of it. The show is completely dedicated to them and all that they do, and the show really gives them a voice.

On struggling to discipline her daughters

I used to say to my girls, "Oh my god, if my father were here and you were me you would get — I mean — a belt, a spanking," and they just look at me like, "Are you insane? Do you think that means anything to me?"

It's just such empty threats, and you can't really — when the kids are like, "Fine, put me in a time out," then they get too old for time outs, what do you do? Take away their computer? "You can't take away my computer, mom, I have so much homework and it's all on the Internet." Which is true, I mean, they get you on every level, it's maddening.

You can go in and out of love and still love somebody, you know? You may not like them so much on the day, but I can tell you that I don't think I've ever been so vulnerable or been so angry in my life, like those two emotions feel so hurt or so enraged as when you're dealing with your kids. This is just every single hot emotion you can tap into, and then the highs are incredible. If you push through a particularly difficult time or situation, the gratification is staggering, it's staggering, but you got to put a lot of currency into that bank for that to pay off, and that's called parenthood.

There's something in my voice tonally that's like a boy, so I started being able to do boy voices, and to be known as having a naturalistic boy tone, without pushing it. ... They would call me "The Cleaner" because I would replace boys who were real adolescents and their voices completely changed and they couldn't do the voices anymore.

One thing led to another and then I was at 20th Century Fox one day and I walked in and it was just a regular voice-over audition and they handed me the sides, they said, "He's a 12-year-old boy from Texas." ...

I went for it, and I went back and I remember auditioning for Greg Daniels, and there are all these sketches on the wall, and he said, "I hope you don't think I'm rude, but I'm going to turn away from you and I'm going to look at the sketch of Bobby Hill [in King of the Hill] while I'm listening to you," and that was pretty much it for me.