Accessibility links
Senate Republicans Continue Blockade Of Merrick Garland Supreme Court Nomination The Senate is back for its brief autumn session, but no one expects the majority Republican body to move forward with the confirmation of Merrick Garland, President Obama's pick for the court vacancy. 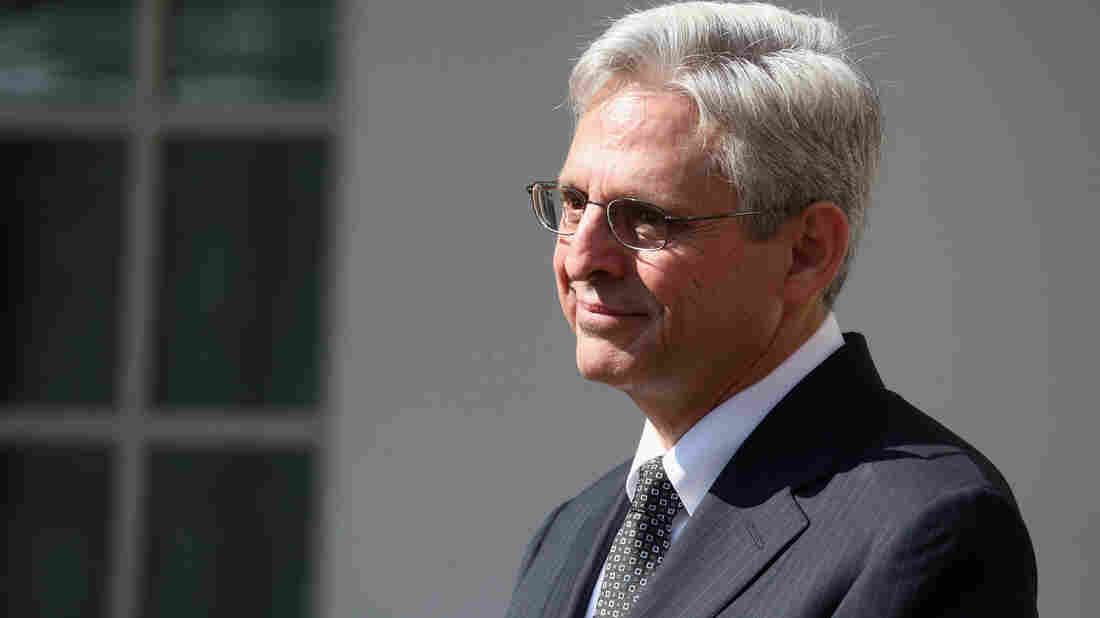 President Obama announced Merrick Garland as his nominee to the Supreme Court on March 16 at the White House. Mark Wilson/Getty Images hide caption 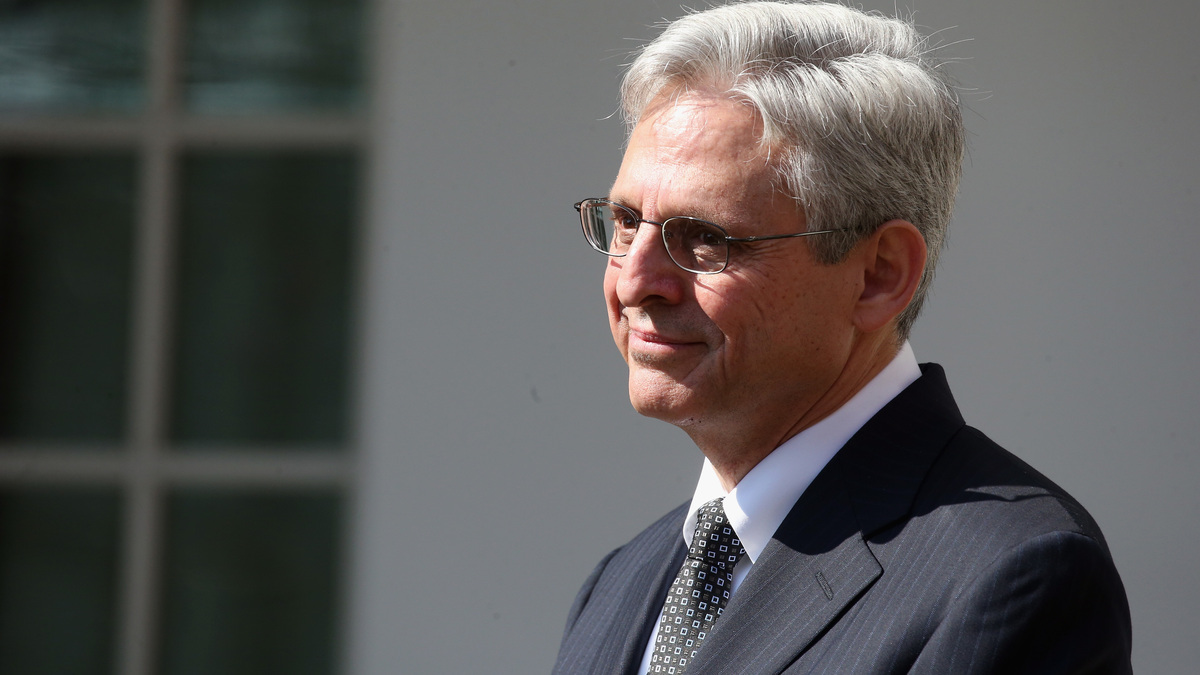 President Obama announced Merrick Garland as his nominee to the Supreme Court on March 16 at the White House.

The Senate Democratic leadership came back Tuesday, thundering at Republicans about their historic refusal to even consider a Supreme Court nominee. On July 20, President Obama's nominee, Judge Merrick Garland, broke the record set 100 years ago for the gap between nomination and confirmation of a U.S. Supreme Court nominee.

As of now, Garland has been waiting, in vain, for more than 170 days, well over the century-old, 125-day record. The prospect is, at best, many months more of waiting.

To sum up events to date, hours after Justice Antonin Scalia's death last February, Senate Republican leader Mitch McConnell announced that there would be no hearings, no votes, no action whatsoever, on any Supreme Court nomination until the American people got to vote on a new president.

The idea was that if the Republican nominee were to win the presidency, he would fill the vacancy instead of Obama. And if the Democratic nominee were to prevail, the honors would go to her. After Obama picked Garland, the scuttlebutt among many Republicans was that if Clinton won, and especially if the Democrats retook control of the Senate, they could always confirm Garland in the lame-duck session after the election.

Since then, McConnell has firmly rejected that idea and brooked no serious opposition. For instance, when Charles Grassley, the chairman of the Senate Judiciary Committee, poked his nose out last week to suggest that Republicans might hold hearings on the Garland nomination during the lame-duck, the next day — his nose pretty obviously smashed in — he quickly backtracked.

Of course, if Donald Trump is elected president, the Garland nomination is dead. If Hillary Clinton prevails, however, the calculus is far more complicated — especially if Democrats retake the Senate.

Democrats are looking for ways they can speed the process if they win back the majority. Democrats have even discussed the possibility of holding hearings between the time the new Senate is sworn in the first week of January, and Inauguration Day on Jan. 20.

But to do that, President Obama would have to renominate Garland, and he wouldn't do that without the explicit backing of a President-elect Clinton.

She has said that she firmly backs the Garland nomination, but she has refused to commit herself to renominating him if she is elected president. Committing to Garland now would deprive her of leverage, for sure. Fear of a more liberal nominee might well force Republicans to hold a lame-duck vote.

Moreover, Clinton might well want to name someone other than Garland, and she would undoubtedly be pressed by the left of her party to name someone more liberal and younger than the 64-year-old Garland.

But there are good and pragmatic reasons to renominate Garland. The faster the Supreme Court vacancy is filled, the more time Clinton would be able to devote to her legislative agenda. A Supreme Court nomination, even a relative consensus pick like Garland, can suck up all of a president's political capital and energy. And the first 100 days of any new administration sets the table in many ways for a president's term. As one savvy Democratic political operative put it, "The last thing she would need is to have her first 100 days consumed by a Supreme Court fight." Added one Senate Democrat, "she might like to get this off her back."

Moreover, the next president is, at least by the actuarial numbers, likely to have more vacancies to fill in the future. Justice Ruth Bader Ginsburg is 83; Justice Anthony Kennedy is 80; and Justice Stephen Breyer is 78.

From some Republicans, if Clinton wins the presidency — and especially if the Democrats retake the Senate — a lame duck vote on Garland looks like a bargain, guaranteeing a relatively centrist appointment, and one who likely will not serve for as long as a nominee in his or her 50s. But McConnell is said to worry that a vote to confirm Garland would harm those GOP senators up for re-election in 2018 — senators who might face primary opponents from the right.

Of course, how all this balances out looks very different the day after a national election. If McConnell sticks to his guns and doesn't allow a lame-duck vote, the Supreme Court will remain short-handed and sometimes tied on important issues for many more months to come.

A new president would likely announce a nominee's name in February, a year after Scalia's death. Next would come confirmation hearings, followed by written questions, a committee vote, and a floor debate and vote. Add all that up, and even Merrick Garland would only be able to hear the last oral arguments of the court term, in April. So, for all practical purposes, there would have been a Supreme Court vacancy for more than a term and a half. And that is a new normal that scares a lot of people — Democrats especially right now.