Accessibility links
Trump Foundation Faces Scrutiny Regarding Donation To Florida Attorney General Donald Trump brushed aside questions this week about the fine he paid over an improper contribution the Trump Foundation made to a political committee for Florida's attorney general. 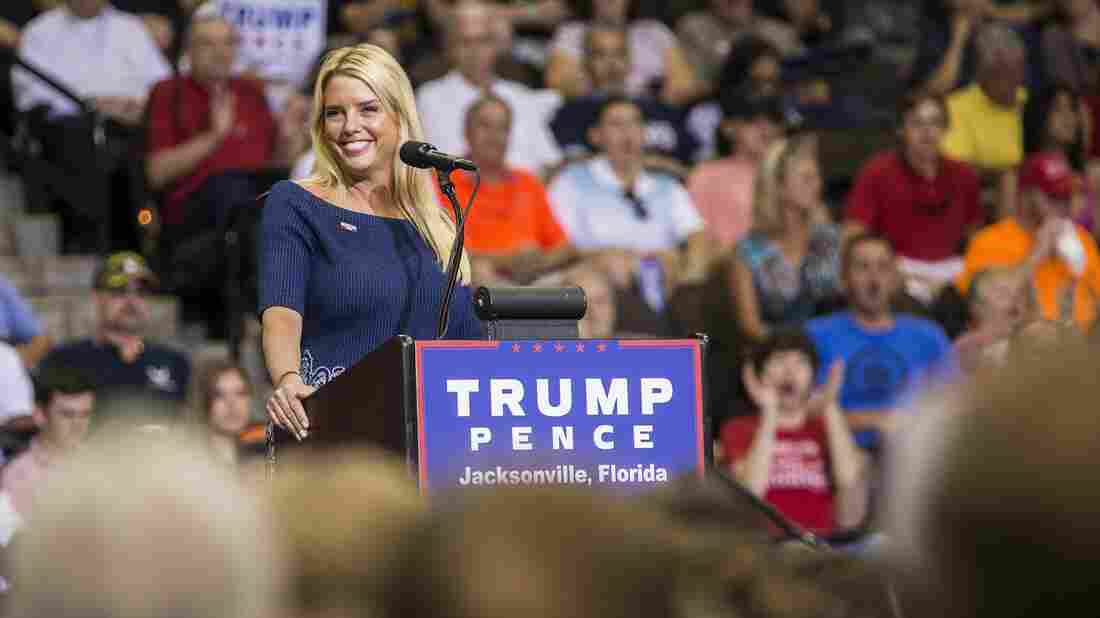 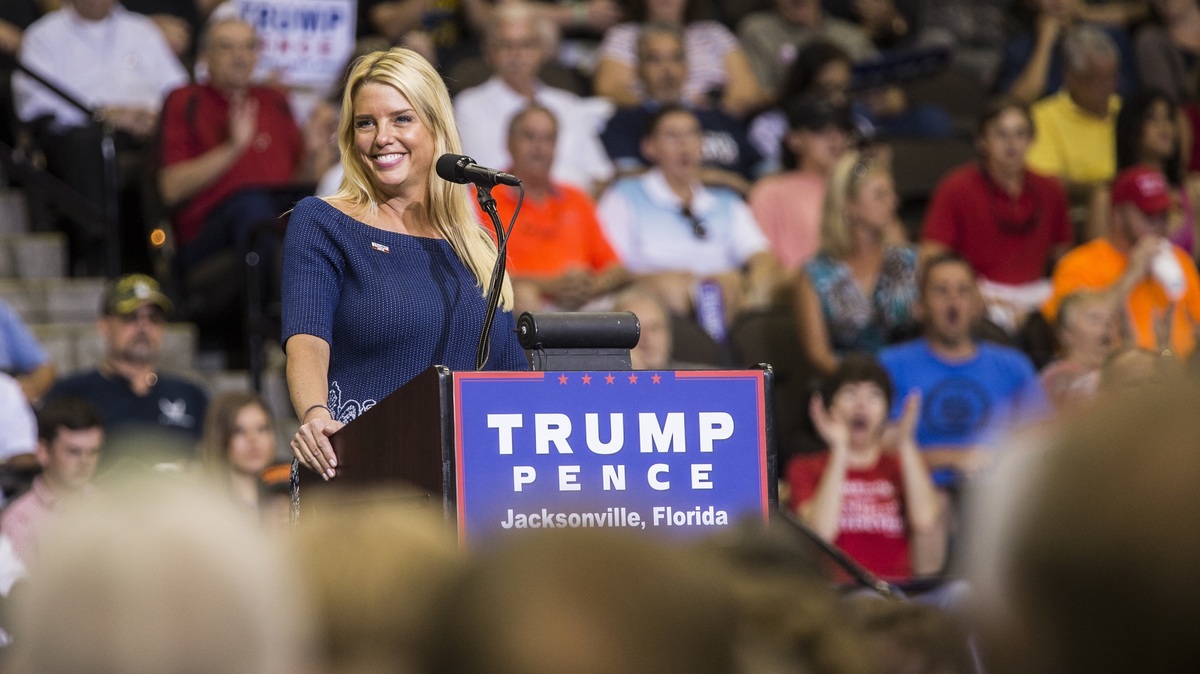 Donald Trump has long insisted he's uniquely qualified to fix a political system corrupted by campaign contributions because he knows that system inside and out.

"I give to everybody," Trump said in a Fox News debate last summer. "When they call, I give. And you know what? When I need something from them, two years later, three years later? I call them. They are there for me."

Those words hang over Trump this week as he fields questions about a campaign contribution he made three years ago to a fundraising committee for Florida Attorney General Pam Bondi. That contribution has drawn scrutiny in part because the $25,000 came from Trump's nonprofit charitable foundation — in violation of IRS rules — and because the foundation failed to properly report the gift on its tax return. The foundation incorrectly reported that the money went to an unrelated charity in Kansas with a similar name.

"There's a problem first of all with a charity giving a political contribution, and then it looks like there's a problem with giving false information to the IRS," said Noah Bookbinder, executive director of Citizens for Responsibility and Ethics in Washington, a liberal watchdog group.

CREW filed a complaint over the Trump contribution in March.

Bookbinder says the timing of Trump's gift was also suspicious, coming just days after a newspaper reported that Attorney General Bondi's office was reviewing a lawsuit that the state of New York had filed against Trump University. New York accused the so-called university of bilking students who had signed up to learn the billionaire's money-making secrets.

"A news story comes out saying that the attorney general's office is looking into this New York state lawsuit into Trump University and related entities, and a few days later, this contribution from the Trump Foundation comes in to a group supporting Attorney General Bondi," Bookbinder said. "That's certainly something we think ought to be investigated." CREW has also filed complaints with the Florida Ethics Commission and the attorney general's inspector general.

Bondi's spokesman disputes the idea that Florida's attorney general was considering her own legal action against Trump University. He says Florida was merely reviewing the New York complaint to see if it had any relevance for the state.

"There was no basis for any investigation into Trump University because at the time of the original media inquiries in 2013, this Office had received only one consumer complaint," spokesman Whitney Ray said in an emailed statement.

Trump told reporters traveling on his plane this week there was no connection between the New York lawsuit and his gift to the Florida attorney general's fundraising committee.

"I've just known Pam Bondi for years. I have a lot of respect for her. Never spoke to her about that at all," Trump said.

New York's lawsuit against Trump University is still pending, along with a lawsuit filed by former students of the school. No other states sued the now-shuttered university. Trump still says he wants to reopen the school once the legal battles are resolved.

"Many of the attorney generals turned that case down. Because I'll win that case in court," Trump said Monday.

According to the Washington Post, Trump recently reimbursed his foundation for the $25,000 political contribution. He also paid a $2,500 fine to the IRS for improperly channeling that gift through a nonprofit foundation.