Accessibility links
Review: Against Me!, 'Shape Shift With Me' On the band's follow-up to Transgender Dysphoria Blues, the personal and political dovetail into an inseparable tangle of anxieties and fuel for protest.

Review: Against Me!, 'Shape Shift With Me'

Review: Against Me!, 'Shape Shift With Me' 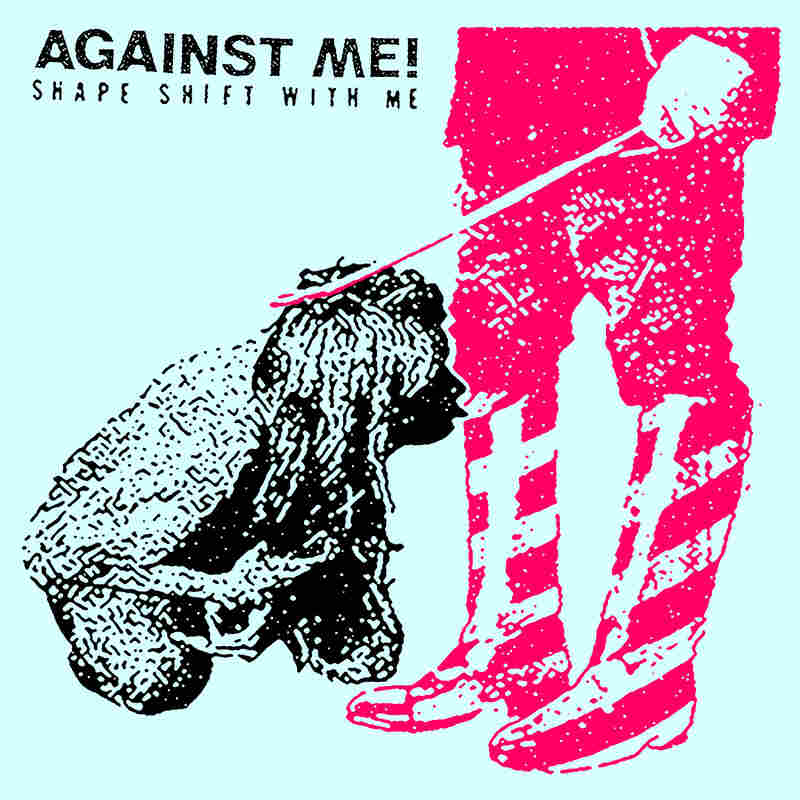 Against Me!, Shape Shift With Me. Courtesy of the artist hide caption

Two years ago, Against Me! released Transgender Dysphoria Blues, the band's first album since leader Laura Jane Grace came out as a transgender woman. Up to that point, the Florida band had become renowned for gritty, literate slices of life set to roaring folk-punk. But with the success and acclaim that followed Transgender Dysphoria Blues, Grace found herself more than just a popular musician: She'd become a spokeswoman for a generation of people coming out amid higher visibility — and greater challenges — for the trans community. Shape Shift With Me is Against Me!'s first album since Transgender Dysphoria Blues, but if Grace felt a heavy burden of responsibility while making these songs, the record doesn't show it. It's raging, tender, organic, erotic and liberating.

Grace loves stuffing more syllables into a line of verse than can conceivably fit, and that wordy tendency hits a breakneck pace in "333." "Perfect weather for a head wound / Or studying the sophisticated nuances of putting holes in your lungs," she squeezes in breathlessly; meanwhile, the band pulses along with steady hooks and walloping beats. There's a lot to say, and Grace doesn't hold back. In "All This And More," she waxes tunefully about cities visited, hotel beds shaken and "your hips in my hands," all while reminiscing gently about past loves and spent lust. On the other end of the spectrum, the fierce, abrasive "ProVision L-3" — which borrows its name from a popular model of airport-security body scanner — chillingly wonders, "What can you see inside of me?" As with the best Against Me! songs, the personal and the political dovetail into an inseparable tangle of anxieties and fuel for protest.

Grace has never been one to shy away from provocative metaphors, and such is the case with "Suicide Bomber." Not only does it throw down the garage-rock gauntlet with a monolithic riff and chanted vocals that border on the savagely psychedelic, but the song also nervily equates terrorism with sex: "I'm clinging tight to your chest / Explode me like a suicide bomber." Sensuality, gender and the emotional web relationships weave: They're recurring themes throughout Shape Shift With Me, from the simmering, unflinchingly confessional "Delicate, Petite & Other Things I'll Never Be" ("I want to be more real than all of the others / I want to be more real than all of the rest") to the sloshed, galloping cow-punk of "Haunting, Haunted, Haunts" ("I know the feeling well of longing for something that's lost / I feel you like a phantom limb").

As deeply, scathingly personal as it is, Shape Shift With Me isn't a one-woman show. Guitarist James Bowman, bassist Inge Johansson and drummer Atom Willard (who's also served in veteran punk bands such as Rocket From The Crypt, The Offspring and Social Distortion) keep the songs tightly wound and highly charged, and singer-songwriter Cody Votolato collaborated with Grace on the lyrics of "Boyfriend" and "Norse Truth." Both songs are standouts, but it's "Norse Truth" — with its refrain of "Shape shift with me!" — that provides the album's sonic and emotional center. It's the disc's heaviest track, full of churning bass and relentless intensity, in which Grace shouts, "If you're looking for revenge, well, here's a f***ing pound of flesh / Just because I can intellectualize it doesn't mean I feel it in my chest." The thing is, Shape Shift With Me is exactly that: an album that hits both the brain and the body, simultaneously and without apology.

Album
Shape Shift With Me
Artist
Against Me!
Label
Total Treble
Released
2016