Accessibility links
Margaret Atwood: 'I Finally Got To Do My Cat With Wings' As a child, Atwood loved drawing flying cats. Now, nearly 70 years later, Atwood's dream has been realized in a graphic novel called Angel Catbird. "I'm very fond of him," she says. 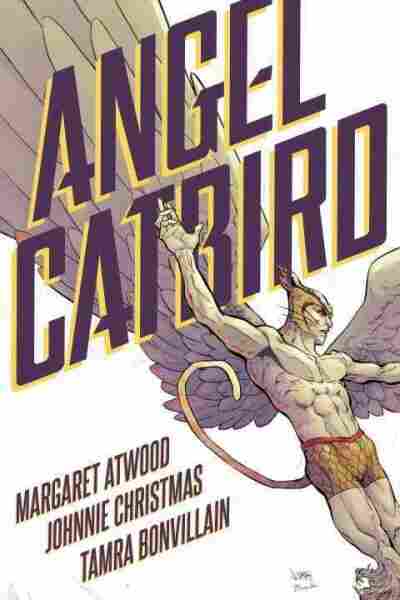 We all have unlived lives, says writer Margaret Atwood, and for her, that alternate life was becoming an illustrator.

"I started drawing comics as a child," she tells NPR's Audie Cornish.

Atwood grew up reading and enjoying comics and, around age 6, she started drawing a flying cat with wings. But, she says, "I wasn't good enough. I knew people who were good enough and I could tell the difference."

"I finally got to do my cat with wings, but a much more skilled illustrator is drawing. ..." Atwood says. "Johnnie Christmas, my co creator, has drawn a beautiful Angel Catbird."

Atwood talks with Cornish about the book, in which a scientist accidentally doses himself with a serum that changes into him into half cat, half bird. 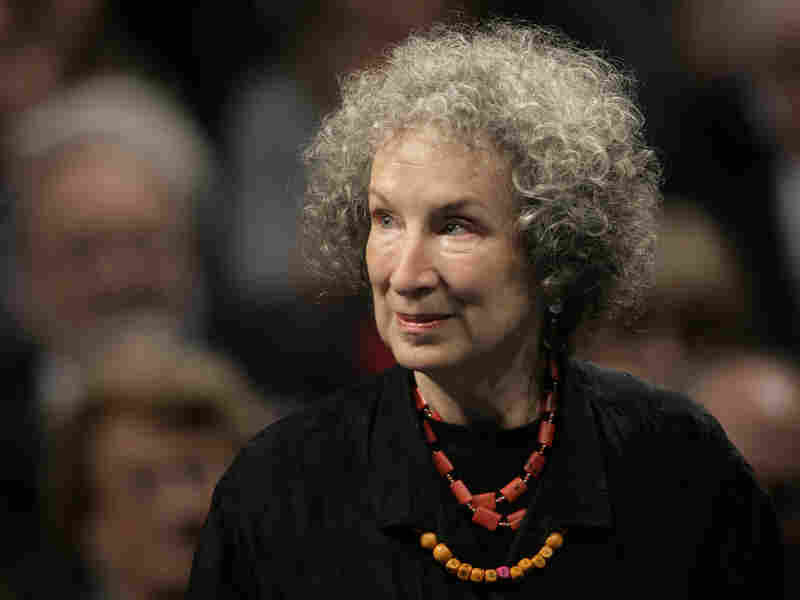 "I'm very fond of him," Margaret Atwood says of her protagonist, Angel Catbird. Atwood is also the author of several other novels, including The Handmaid's Tale, The Blind Assassin and Oryx and Crake. Daniel Ochoa de Olza/AP hide caption 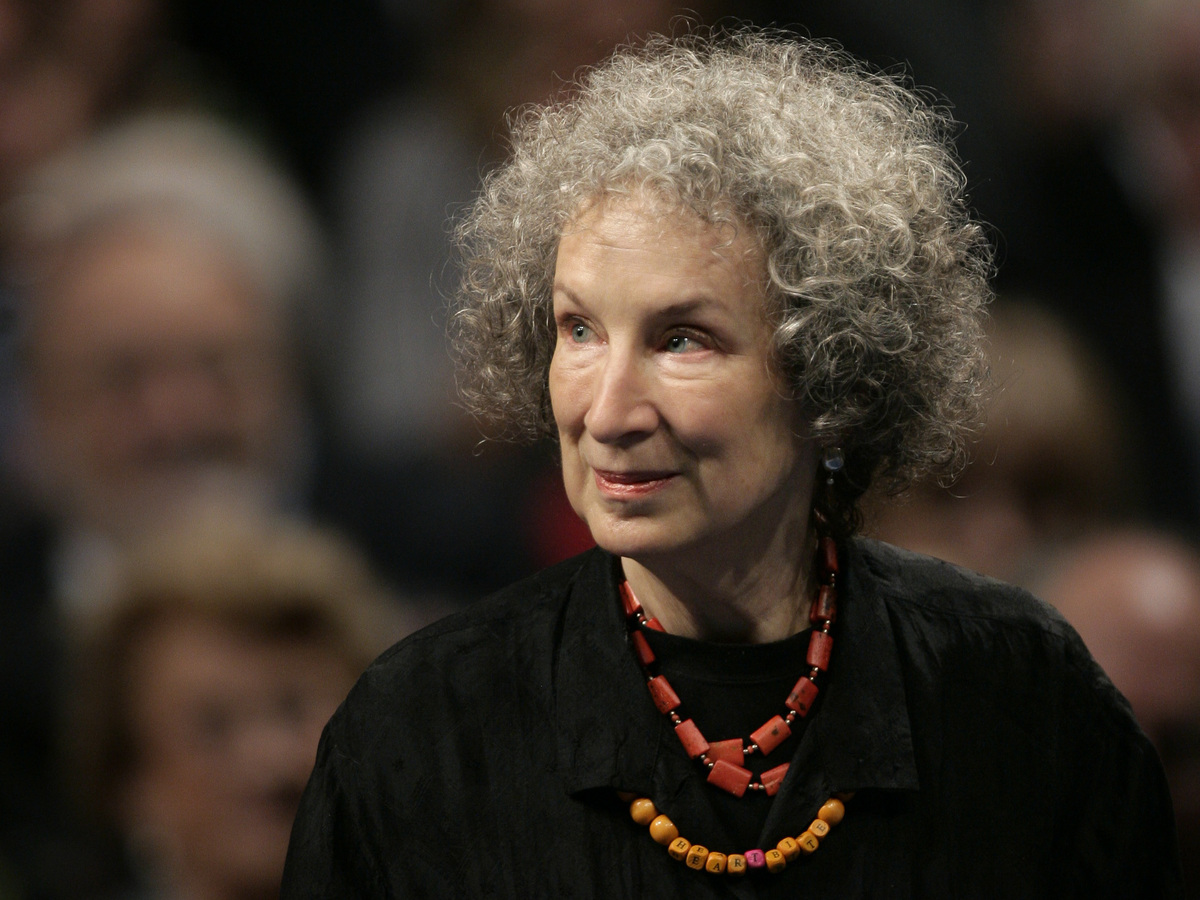 "I'm very fond of him," Margaret Atwood says of her protagonist, Angel Catbird. Atwood is also the author of several other novels, including The Handmaid's Tale, The Blind Assassin and Oryx and Crake.

On how Angel Catbird came to be wearing pants

His first iteration he didn't have any pants, so I said: He looks very naked. This is an all-ages comic, he has to have pants. And then Johnnie said: We need an origin story for the pants. They can't just sprout on him when he changes into angel cat bird. So he's then given the pants by one of his friends.

On the importance of explaining the logistics

I'm glad [Johnnie] said we need an origin story [for Angel Catbird's pants] because as a child, Superman always bothered me — the clothing thing. He goes into the phone booth, he comes out in this outfit which is much bigger than anything he could have stuffed under his suit. ... The cape? Come 'on. The close-fitting part, maybe, but the cape? ... What happened to his civilian clothing? Did he just leave it in the phone booth? What happened? It was never explained.

In Margaret Atwood's Latest, The Past Is Powerfully Present

The kind of speculative fiction about the future that I write is always based on things that are in process right now. So it's not that I imagine them, it's that I notice that people are working on them and I take it a few steps further down the road. So it doesn't come out of nowhere, it comes out of real life.

On what she's planning next

The trouble with my ideas is, if you put them out there just as ideas, everyone looks at you as if you're a lunatic. So, if I'd said to my publisher, I'm going to write a novel about a society in which women have to wear these red outfits with great big white hats and basically be biological wives for an elite group of dictatorial weird people [the response would have been] Margaret, what are you doing?