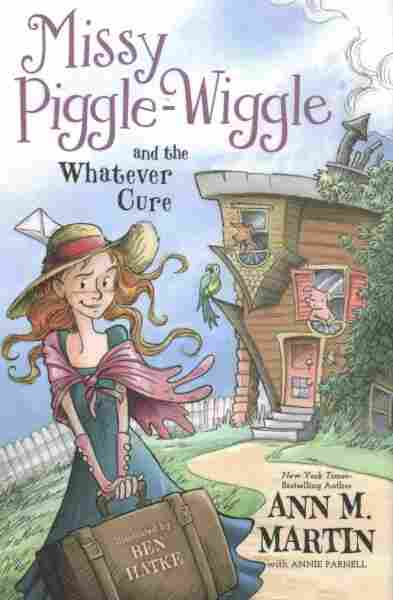 Missy Piggle-Wiggle and the Whatever Cure

Once upon a time, there was a strange little woman who lived in an upside down house.

Her name was Mrs. Piggle-Wiggle, and she was a combination of friend and therapist to all the kids who lived in her small town. Author Betty MacDonald began making up stories about Mrs. Piggle Wiggle for her family in the 1940s; those bedtime tales led to a series of classic children's books.

Now, MacDonald's great-granddaughter Annie Parnell has teamed up with Ann M. Martin — who created the Babysitter's Club books — to reboot the series for modern readers.

And maybe a few older readers ... like me. I loved those books when I was a little kid! Mrs. Piggle-Wiggle smelled like sugar cookies. She kept her brown hair long so kids could comb it and play with it, like the best My Little Pony ever. She had chests of dress-up clothes and buried pirate treasure in the yard.

And if you were a brat, she'd set you straight. All the parents in that little fictional town knew: if your kid acted up, ask Mrs. Piggle-Wiggle for one of her magical cures. My personal favorite was the Radish Cure.

What do you do with a little kid who won't take a bath? Just let her get dirty. And dirtier. And when she's got about a quarter inch of nice loam going on, sneak into her room at night and plant radishes all over her. When they sprout — voila! Your kid wants a bath. And bonus, you get a nice salad.

Of course, I myself was never a brat, but I sure loved to read about the Answer-Backers, the Fighter-Quarrelers, the Heedless Breakers and the Tattletales getting their gentle comeuppances. 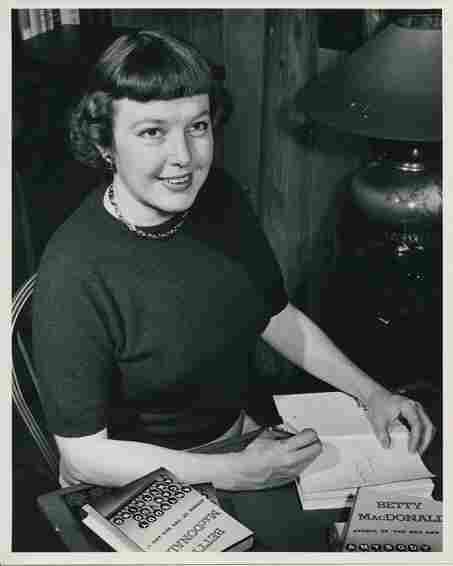 Betty MacDonald created Mrs. Piggle-Wiggle in the 1940s, as a series of bedtime stories for her family. Forde Photographers hide caption

"I think parents give it to their kids hoping that their kids will see the shortcomings described there and stop repeating them," says librarian and book critic Margaret Willison — who, like me, loved the books. And also like me, was never a brat.

"I looked in as a judgey child and I did not see myself reflected, but I saw my annoying peers punished to the fullest extent of the law, and my heart thrilled in triumph."

Betty MacDonald wrote four books about Mrs. Piggle-Wiggle before she died in 1958; her daughter Anne brought out a fifth a few years ago, based on an unpublished story.

The original books are very ... um ... of their time. Lily-white families of stay at home moms, absent working dads, and kids we'd call free-range, if we weren't calling the cops on their parents.

So how do you drag Mrs. Piggle-Wiggle into the 21st century? Well, to start with, you don't. In Missy Piggle-Wiggle and the Whatever Cure, Mrs. P is off somewhere searching for her missing pirate husband. She's left her niece Missy in charge while she's away.

Ann M. Martin says the books didn't need much modernizing. "We didn't change things. We didn't really update the stories ... the quasi-magical feel of the town that they live in, we didn't really change that feel."

Parnell chimes in: "I agree, and I was going to say, the thing about raising kids today versus raising kids 70 years ago, it's honestly not that different." 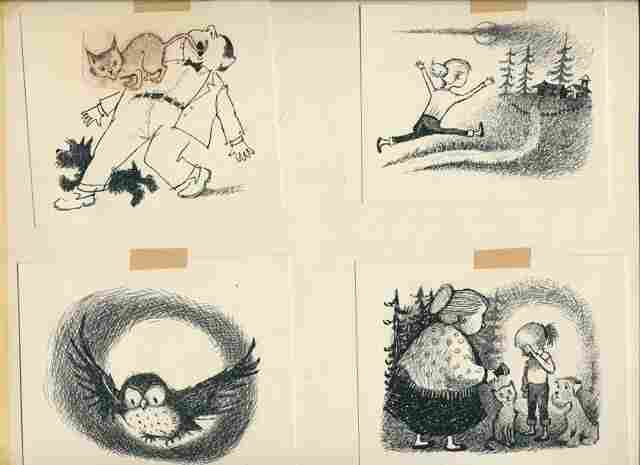 Some of Maurice Sendak's illustrations for the original series. Courtesy of Annie Parnell hide caption

The basic concerns are the same, Parnell says — how do your kids behave? How do they feel? How do they see the world?

And Martin says there's still all kinds of fun stuff going on in the little upside down house.

"There are art projects going on," she says, "and they're putting on plays, and they're dressing up, and yes, they're digging for pirate treasure in the yard, and I think that those sorts of things are just as appealing to kids today. It's just that we have to drag them away from their computers first and show it to them, and that's what Missy is able to do."

There are a few key differences: Cell phones and computers make an appearance, and the big one for me — working moms.

For Margaret Willison, there's one way in which Whatever Cure could stand to be a little more modern: Almost all the children who appear in the illustrations are white. "And I feel like that's a major thing — like that's a small thing that could have been done just a little bit better."

That's a cure that might take a little longer than growing a radish — but this is just the first installment in a planned series.